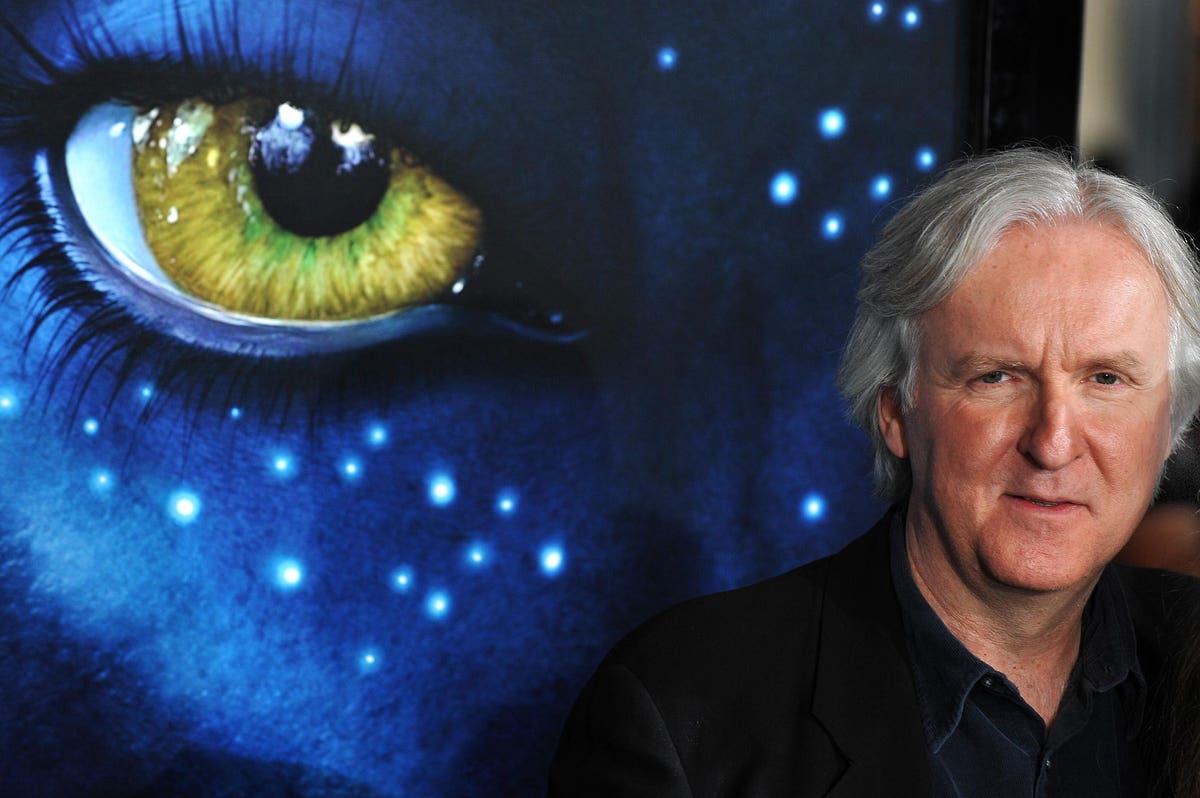 It was back in 2009 when Avatar, James Cameron’s science fiction epic, landed in theaters and set multiple new box office gold standards. It grossed $2.85 billion, unadjusted for inflation.

Now, months before the first of four sequels finally arrives, it is back in cinemas for a limited time, remastered in 4K High Dynamic Range, to allow fans to gorge themselves on the spectacle on the big screen. For some, it will be a throwback, but for others, it’ll be the first time they’ll have been able to see Avatar as Cameron meant it to be seen.

To celebrate the rerelease, Cameron, who directed, wrote, produced, and co-edited the fantasy opus, was joined by key cast, including Sam Worthington, Zoe Saldana, Stephen Lang, and Sigourney Weaver, for an invite-only virtual press conference. Here’s some of what they had to say about the award-winning game-changer with a $237 million budget.

Have you really seen Avatar?

James Cameron: It’s been 12 years since the original release, and so basically, if you’re under 22 or 23 years of age, it’s very, very unlikely that you’ve seen the film in a movie theater, which in a way kind of means you haven’t seen the film. We authored the movie for the big screen, for the giant screen, in 3D, and now we’ve remastered it in 4K, in high-dynamic range and some 48-frame-per-second sections in the film. It looks better than it ever looked, even in its initial release. There are so many people out there, a whole new generation of film fans coming up. Even if they like the movie on streaming or Blu-ray or however they saw it, they still haven’t really seen the movie the way we intended it to be seen. We recently watched the film when we finished the remastering process, and it blew us away. That’s hard to say with any degree of humility, but we were impressed with how the movie looked and just the physical experience of the film. We’re excited to share that with people who have never seen it in a movie theater.

Some of the Avatar cast were initially skeptical

Sigourney Weaver: I remember my first day in the Volume, where we did the work and made the scenes. I was in my little capture suit, and my first scene was to play Dr. Grace Augustine’s avatar. There was a screen over on the side where you could see a roughed-out version of what it will look like in the movie. In other words, so I don’t look like me in a suit. I could see a roughed-out version of Grace’s seven-foot-tall avatar with her tank top on in this jungle world, and that gave me a thrill, a great sense of relief that maybe this would work. Also, this idea that from this little room, we would be able to create this other world was so fantastic. The only way you can go to Pandora is by going to the theater and seeing it in 3D. That’s the rocket ship. And I got that.

Sam Worthington: When I first read it, it was things like floating mountains, there were things like Thanators, and I had no idea what this man’s talking about and, least of all, how we were going to do this. My biggest memory is when you’re in that Volume, this sense of play because that’s what it is, and that’s how we did this thing. It was Jim every day saying, ‘Look, I’m going to build something and create something that will translate to be the floating mountain, and I need you to jump off it. I’m going to have guys coming at you, attacking you, and they’re going to symbolize, later on, Viperwolves.’ You just dove in, and that was part of the fun. I was like a five-year-old kid in a big play pit, and the boss was saying, ‘Get to it,’ and that was the job. You kept pinching yourself because I didn’t really think this was ever going come out or be a movie. I just thought it was like a bunch of fun, and I was allowed to experience it. That’s what I remember most.

How Zoe Saldana found out she got the gig

Zoe Saldana: I can’t forget getting that phone call from Jim saying, ‘I want you to play Neytiri.’ I was changing my niece’s dirty diaper at that time, and I’m telling you, I’ve never enjoyed a dirty diaper, but I enjoyed changing that when I was on the phone with Jim (laughs). I remember just the thought that ran through my mind. It was excitement; it was gratitude. I was getting to work with my idol, the creator of Sarah Connor. Then it was Neytiri has an arrow, she knows martial arts, and she climbs trees, so that kind of excitement of wanting to go to school and then not knowing where all this was going to fall into place.

Stephen Lang: I think it has surprised me to an extent, but when I think about it, I think of the reasons behind it, and maybe it becomes somewhat less surprising. We know his function in the script. We know he’s the bad guy, and as an actor, that’s not particularly helpful for you. What is useful for me is to find the qualities that have brought him to this leadership position that he is at when we meet him, which is to say he is a very capable commander and inspires loyalty. He leads by example. I think that his courage is probably unquestioned. There are a lot of positive qualities to the man. He happens to have a little problem maybe fitting in with this planet, and, as a people, I’m talking about Americans right now; we’re a very aggressive and mission-oriented people. Several times, I’ve had people come up to me and say, ‘You know, I’m behind Quaritch. I’m on his team,’ and I always feel like, ‘Really? I don’t want to know you.’ People respond to leaders, no matter what their moral stance may be. We see a lot of evidence of that in our recent political climate in the United States.

James Cameron: Avatar was certainly not the first film to use advanced computer-generated effects and so on. That had been a trending wave before Avatar, through Avatar, and beyond. I would say that 3D was generally embraced for a period of time. I mean, Avatar won Best Cinematography with a 3D digital camera. No digital camera had ever won the best cinematography Oscar before. Then, two out of the three subsequent years, the same cameras were used by the cinematographers that won the Oscars. So you’ve got three out of four years where the Academy embraced digital cinematography, and all three of those films Oscar winners for four years were in 3D. To most people, 3D appears to sort of be over, but it’s really not over. It’s just been accepted; it’s just now part of your choices when you go to a theater to see a big blockbuster movie. You could choose to see it in 2D, choose to see it in 3D, generally speaking, these days. I liken it to color movies. When color first came out, it was a big deal. People used to go see movies because they were in color. Around the time of Avatar, people went to see movies because they were in 3D. Nobody’s going to go see a movie today because it’s in 3D; it’s all the other factors by which we choose a film. I think it had an impact on how films were presented. That’s now sort of accepted and part of the zeitgeist and how it’s done. In terms of long-term cultural impact, I guess we’ll find out if people show up for Avatar 2.

Avatar: The Way of Water arrives in theaters on Friday, December 16, 2022