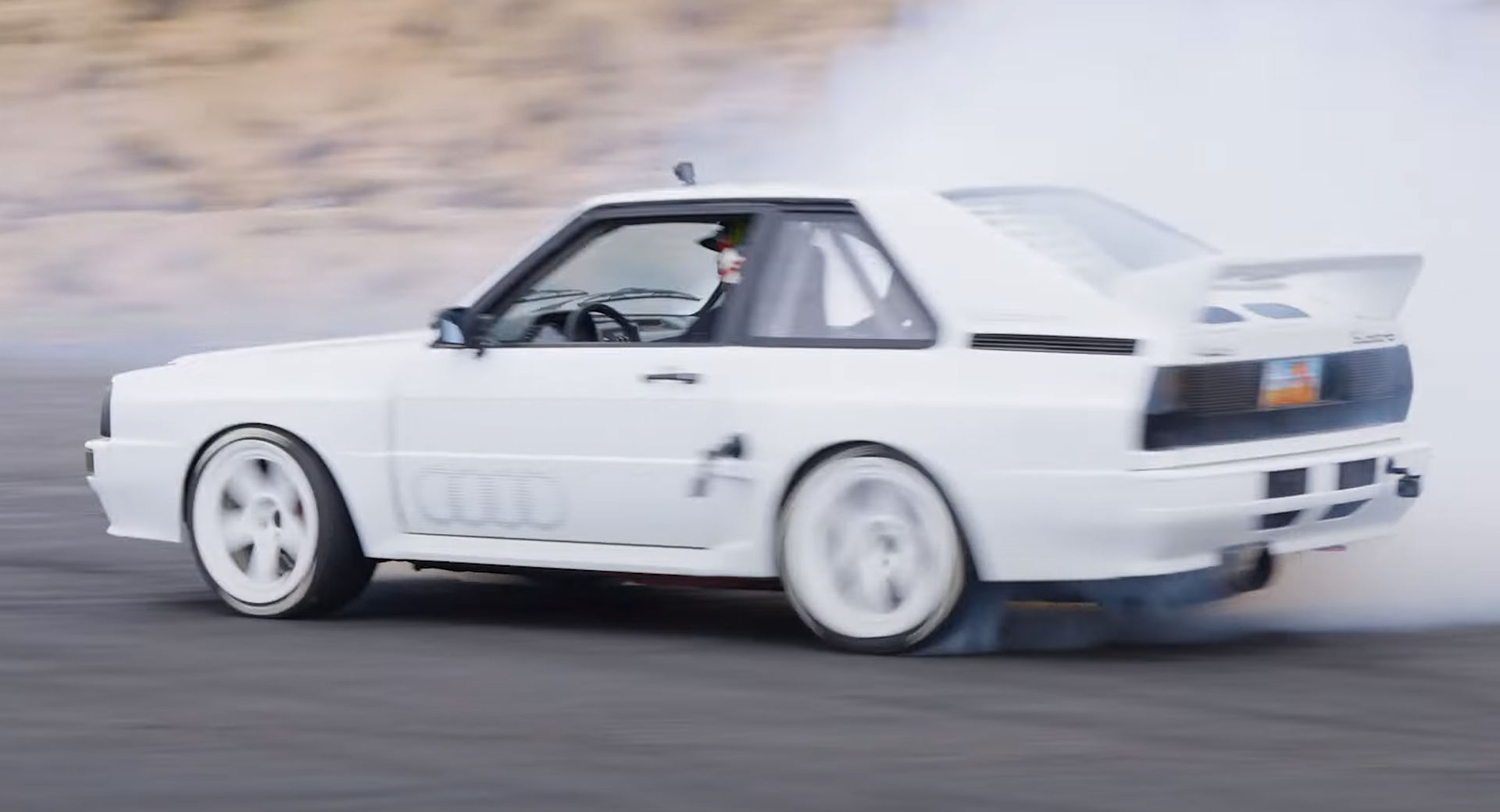 Few Audi models are more iconic than the original Sport Quattro and thanks to his partnership with the German car manufacturer, rally driver Ken Block is now the owner of one. Well, almost.

You see, Audi only ever built 214 examples of the Sport Quattro and while Block could no doubt afford one of them, he instead decided it would be a better idea to pick up the keys to a very potent replica, meaning he can freely enjoy it, tune it, and comprehensively modify it without the fear of ruining a car as iconic as the Sport Quattro.

Block’s replica was brought to life by LCE Performance and was built by combining the front half of an Audi A80 sedan with the rear of a Quattro. Under the skin, it is also quite special.

Read Also: We Discover What The Audi Sport Quattro And Its Group B Brother Are All About

In fact, whereas an original Sport Quattro is fitted with a turbocharged 2.1-liter five-cylinder engine with 302 hp, the car from LCE Performance uses a 2.5-liter engine utilizing the top end of an Audi S2 and the bottom end of a VW diesel bus. It also features a hefty turbocharger and churns out 730 hp.

In this first test of the car, Block shows what it is capable of while hitting Willow Springs Raceway in Southern California. The straight-line performance of the car is quite extraordinary, as is the sound that comes from its engine and exhaust.

Later in the video, Block sees what the Sport Quattro is like when you start to spin up the wheels. While it is all-wheel drive, it appears quite easy to kick the tail out but Block notes that some adjustments do need to be made to it, in particular the front differential which may not be receiving quite enough power.