The European insurance company AXA is apologizing for a press release it recently sent out featuring images of a Tesla on fire. The test, it says, was intended to demonstrate a risk but, it admits that the illustration should have been designed differently.

The demonstration saw a Tesla Model S being pulled over a ramp (designed to look like and kind of simulate the middle of a roundabout) whereupon it flipped onto its roof and a fire broke out.

Intended to illustrate how placing battery packs under a vehicle can cause them to be exposed in certain kinds of accidents, the test caught a lot of attention around the world. Images of it even ended up in our coverage of the story. The problem was, however, that the fire was faked.

The insurer AXA set up this incredible demonstration of a Tesla scraping its battery and bursting into flames.
The only problem was… it was 100% staged and 500% bizarre. For audience safety, they removed the battery and… installed pyrotechnics.
What a weird timeline we’re in. pic.twitter.com/M3er4ML3ep

AXA freely admits that it started the fire as part of its demonstration, something it says it clearly stated to the people in attendance. In fact, it was for the safety of those people that it removed the batteries from the Tesla and replaced them with pyrotechnics – something that’s easier to see in the video above.

“The crash test carried out with a Tesla model did not cause damage to the undercarriage of the car that was likely to cause a battery fire, contrary to what images may have suggested,” the company wrote in a statement this week. “This test did not, therefore, confirm this accident scenario.”

It says that it should have made that clear in the press release it sent out, in particular next to the images of the “test” that it included in the package.

“In retrospect, this test, intended to illustrate a supposed risk, should have been designed differently,” it wrote. “We must recognize that the published images give [an incorrect] impression when taken out of context.”

The miscommunication is particularly galling because in the press release that AXA sent out regarding the safety of EVs, it wrote that they are no more likely to catch fire than combustion vehicles. Indeed, the risk of fire is low in both. The incidence of insurance claims because of fire across all vehicles is lower than the number of claims it handles for damage done specifically by martens, a small, weasel-like rodent. 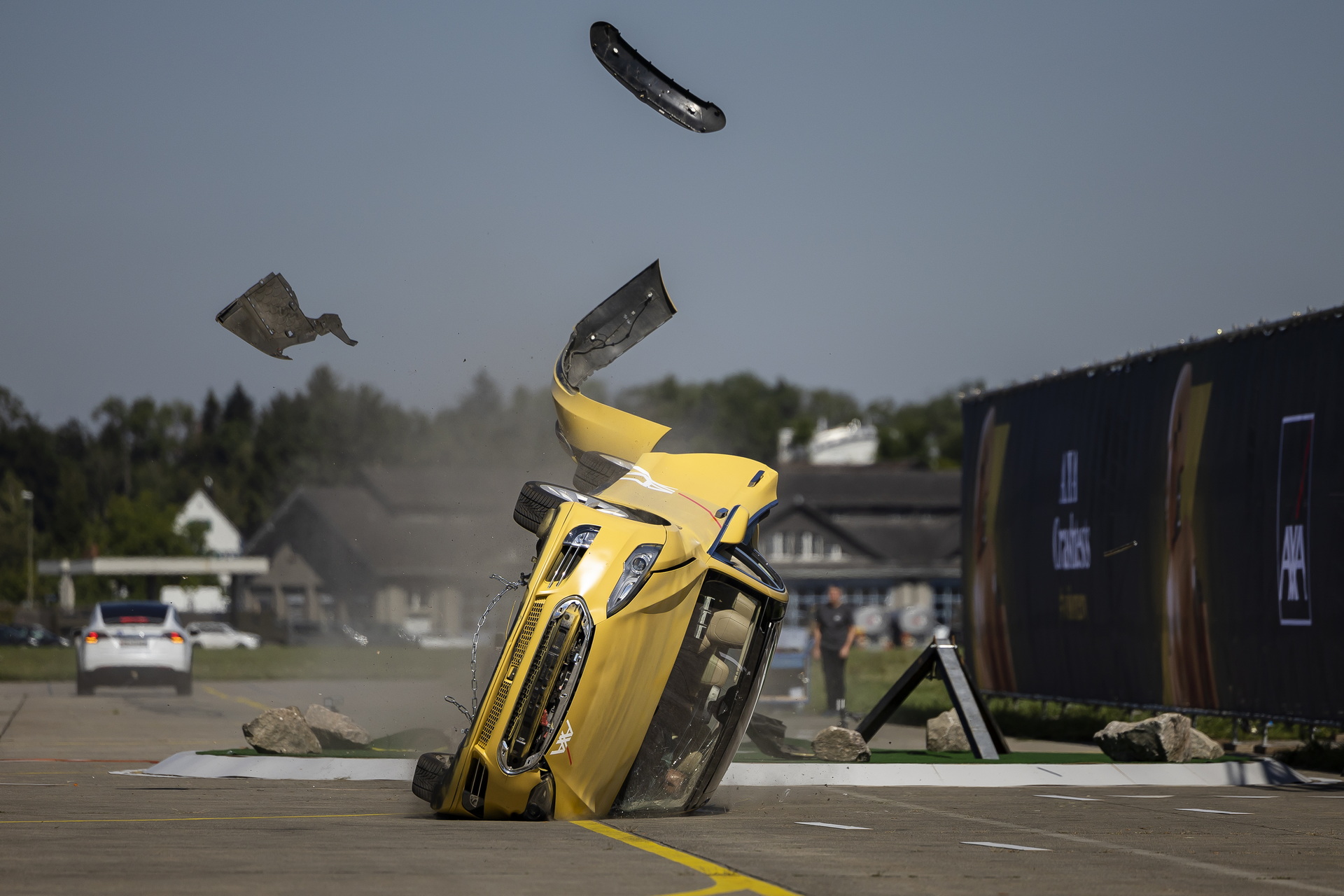