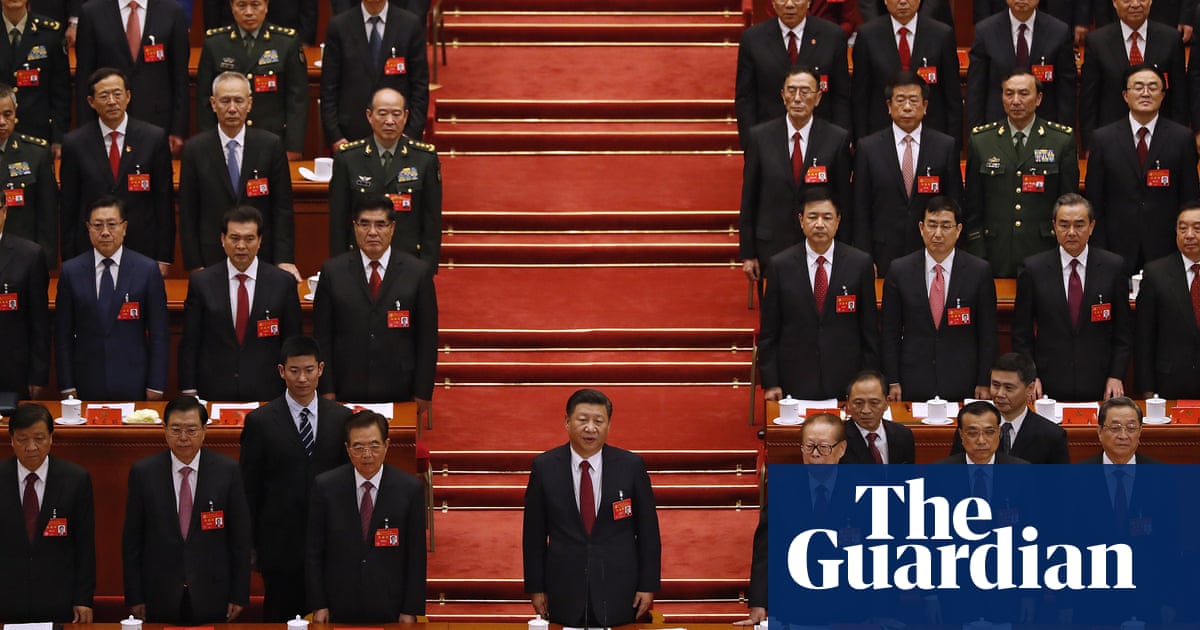 The announcement of a Communist party meeting that is expected to cement Xi Jinping’s agenda for the coming years shows the strength of Xi’s “ultimate authority”, analysts have said.

The CCP’s twice-a-decade meeting will begin on 16 October and is likely to run for several days. Xi, considered the most powerful Chinese leader since Mao Zedong, is expected to further consolidate his political power, which he has wielded with increasing authoritarianism since taking charge of the party in late 2012.

Recent domestic and global challenges had prompted some doubts among observers but Xi is expected to maintain power for some years to come after he abolished the two-term presidential limit in 2018.

The meeting will bring together more than 2,000 party members in a process of selecting new officials for the elite 200-member central committee. Some will be promoted to the 25-member politburo, and some to the powerful seven-member standing committee. The event will also announce future policy directions.

Very little detail has been released, but analysts have said the date – roughly in line with when previous meetings have been held – suggests that any in-party disputes have been reined in, and the new committee members are likely to have been finalised.

Dr Yu Jie, a senior research fellow on China at Chatham House, an international affairs thinktank in London, said the announcement was a “sure sign of strength [of Xi’s] ultimate authority within the party”.

She said it was a sign Xi had “managed to conclude an agreement with other senior colleagues within the party on key personnel appointments as well as a nearly final approval of the draft political report, which will be read by him on 16 October.

“It also means if there were disagreements on China’s domestic economic planning or on diplomacy, those differences have been reconciled.”

The meeting will be watched closely by Chinese politics analysts at home and abroad.

Ryan Manuel, founder of Bilby, an AI research company specialising in predicting Chinese regulations, said: “The past has been decided, so to speak, and the next five years is mostly determined in terms of positions of the top party leaders.”

He likened the process to a multinational company announcing a mass of senior retirements and the elevation of junior employees to replace them, but with the reshuffle of job titles held off until the annual National People’s Congress (NPC) in March 2023.

Many of those departing from the central committee will be retiring under age limit policies. In recent decades there has been a tacit understanding within the party that only leaders aged 67 or younger can be promoted to or remain in top posts, while those 68 or older at the time of the next congress must retire. In China it is commonly called qi shang ba xia (“seven up, eight down”). Xi, 69, is not retiring.

Other members have retired, died or been “purged” from the party by Xi’s controversial anti-corruption drives. Xi centralised political power around himself during his first two terms, including through military restructures, and there was a deepening official reverence for his leadership, according to analysts.

Analysts expect Xi to retain two of his three titles at the meeting: general secretary of the CCP and chairman of the central military commission. He will hang on to the title of president until the NPC next year, when he is expected to be formally reappointed to that role.

“The five-year term is important because, first, it provides renewed legitimation for the collective central party leadership as a whole,” said Dr Ling Li, an expert in Chinese politics and law at the University of Vienna. “Meanwhile, it facilitates a regenerative mechanism to replace ageing leaders with younger ones and prevents the party to fall in gerontocracy.”

Crackdowns on dissent and increasing control over Chinese society mean there is little public challenge to Xi. The CCP has made concerted efforts to maintain stability in the lead-up to the meeting but it has faced challenges including a faltering economy worsened by a housing market crisis, a population chafing at continued zero-Covid policies, environmental disasters, and disputes with the west and its allies, most notably over Taiwan.

At home, Xi has claimed his party has eradicated extreme poverty in his goal for “common prosperity”, and has made major climate crisis commitments.

Manuel said Xi had a “big focus on rural rejuvenation” as well as green policy. “He needs to solve issues of water and soil, which is harder than issues of air pollution, and he did very well on that,” he said. “The next challenge is tough: he needs to deal with a faltering economy and zero Covid. Part of the way to do that is rebalance towards more green growth, to shift away from real estate development. There’s going to need to be a new [economic] model to put forward.”

On the international front, Beijing has grown increasingly isolated from the west under Xi. Relations with the US and its allies are at historic lows. China largely closed itself off during the pandemic and vociferously pushed back against accusations that it was responsible for the outbreak.

Early this year, Xi’s “no limits” partnership with Vladimir Putin sparked further alarm. Under Xi’s rule, Beijing has continued its expansionist activities in the South China Sea and, most visibly, increased pressure and military intimidation on Taiwan, which it sees as its own and has vowed to retake by force if necessary.

Xi has not left China since the pandemic began in 2020, but there are widespread reports of plans to attend bilateral or multilateral meetings after the congress, including the G20 in Indonesia in November.