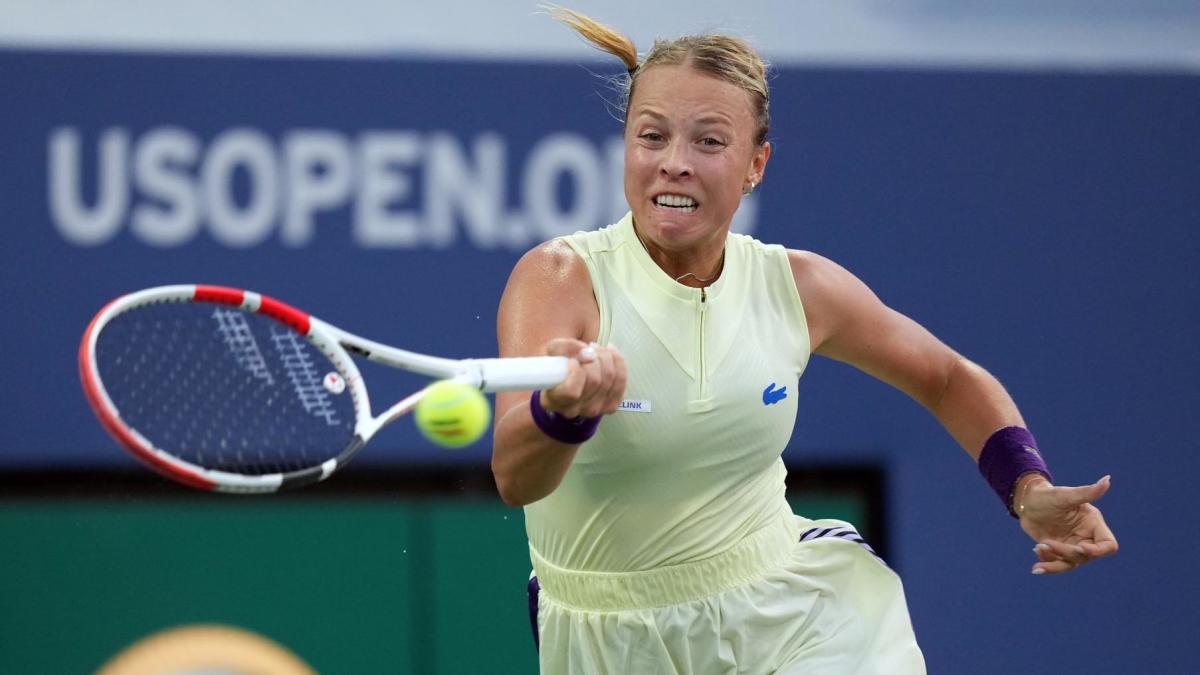 Who is Anett Kontaveit, Serena Williams’ next US Open opponent? originally appeared on NBC Sports Philadelphia

All eyes are on Serena Williams at the U.S. Open as she winds down her extraordinary career. But amidst all the honors for the greatest of all time, she and her opponents still have a match to play.

In the first round, Williams dispatched Danka Kovinic, a player from Montenegro ranked No. 80 in the world. At least on paper, her next singles test will be much more difficult, while she and her sister Venus will also be competing in doubles together for the first time in years. (Venus lost in the first round of singles to Alison Van Uytvanck of Belgium on Tuesday.)

Here’s everything you need to know about Serena Williams’ next opponent, Anett Kontaveit.

Who is Serena Williams’ next opponent in singles?

After beating No. 80 Danka Kovinic in Monday’s first-round match, Serena Williams will face the No. 2 player in the world, Anett Kontaveit of Estonia, at 7 p.m. ET on Wednesday. Kontaveit’s best result in a Grand Slam so far was making the quarterfinals of the Australian Open in 2020.

The 26-year-old has been playing tennis since the age of six. She has earned $7.66 million in her tennis career so far.

Kontaveit and Williams have never played each other. For more on how Kontaveit matches up with Williams, click here.

What is Anett Kontaveit’s ranking?

Kontaveit has been ranked No. 2 in the WTA rankings since June 6. She has racked up enough points to outpace everyone except No. 1 Iga Swiatek, who rode a 37-game win streak earlier this year, despite coming down with COVID-19 in April and dealing with fatigue.

Kontaveit has had middling results in this year’s Grand Slams. She lost in the first round at the French Open and in the second round of Wimbledon and the Australian Open.

Williams and Kontaveit will take the court at Arthur Ashe Stadium at 7 p.m. ET tonight.