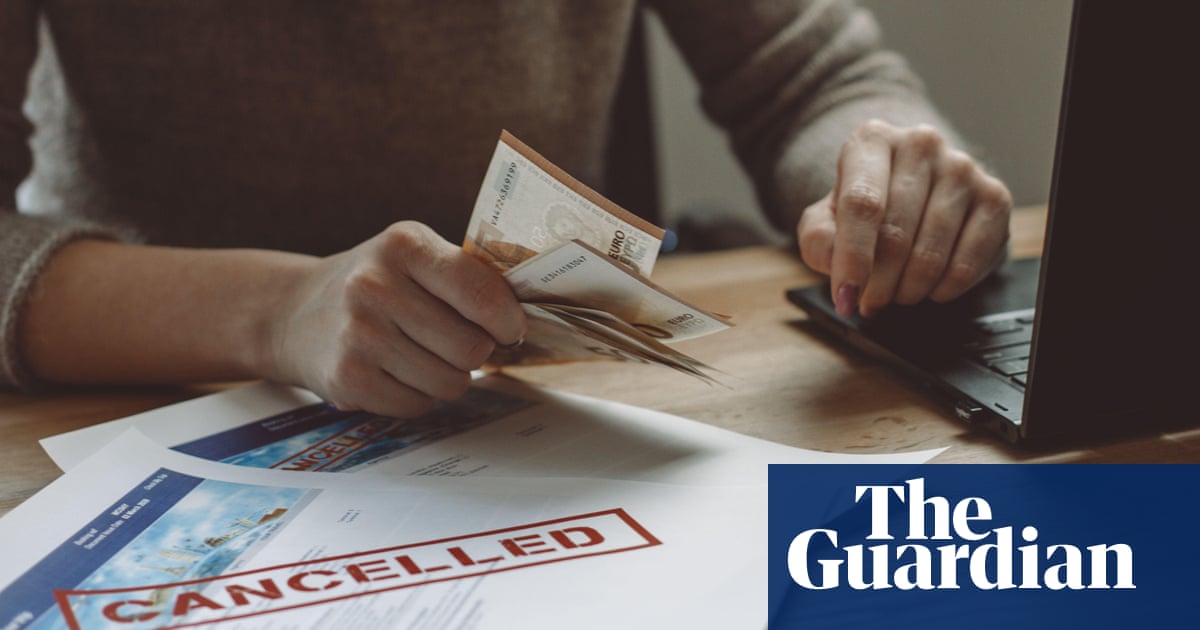 Our travel agent, Blue Sea Holidays, is sitting on our refund and refusing to pay us. When our flight home from our holiday in Egypt was cancelled, easyJet could not offer an alternative within the week, so we opted for a refund and organised our own transport. I informed Blue Sea on our return and was told that, since the holiday had been booked on my credit card, the refund would be paid directly to me by the airline. It didn’t arrive, and I was told by easyJet the £593.46 had been paid over a month earlier to Blue Sea’s own credit card, which had been used to pay for the booking. I emailed Blue Sea Holidays to ask why the money hadn’t been transferred, but received no reply. I wrote a complaint but received no reply to that, either.

After a third email, the call centre manager contacted me, and made it clear to me that Blue Sea Holidays would not be refunding the money, and insisted I claim through my insurer. Our insurer is not willing to pay because easyJet has already refunded the cost of the flights. I am left seriously out of pocket.
JC, Liverpool

I’ve read your correspondence with Blue Sea Holidays and am gobsmacked. The company repeatedly evades acknowledging the easyJet payment and repeatedly refers you to your insurer when you ask for it to be remitted to you. Disturbingly, it writes this is its usual procedure when cancellation refunds are due. Only if your insurer declines, and you send the agent its refusal letter, will it “look at it again”. Most insurers will decline as it’s the airline’s responsibility to stump up for cancellations.

The kindest interpretation is that the company is incompetent. Its “usual procedure” suggests, however, that it sends customers like you down a rabbit hole in the hope of keeping the airline refund for itself. EasyJet confirms the refund was sent to Blue Sea on 25 May. Blue Sea failed to respond to my requests for a comment, but, following my contact, it suddenly stumped up the money – 10 weeks after it was paid. It’s worth knowing that it is the responsibility of the airline to ensure a passenger is refunded, or compensated.

According to Coby Benson, of the specialist aviation solicitor Bott & Co, the ball remains in the airline’s court if it pays the agent, who then fails to pass it on, although getting an airline to acknowledge that, and pay up a second time outside a court room, is another matter. Another option would have been a small claim against Blue Sea.

Email your.problems@observer.co.uk. Include an address and phone number. Submission and publication are subject to our terms and conditions