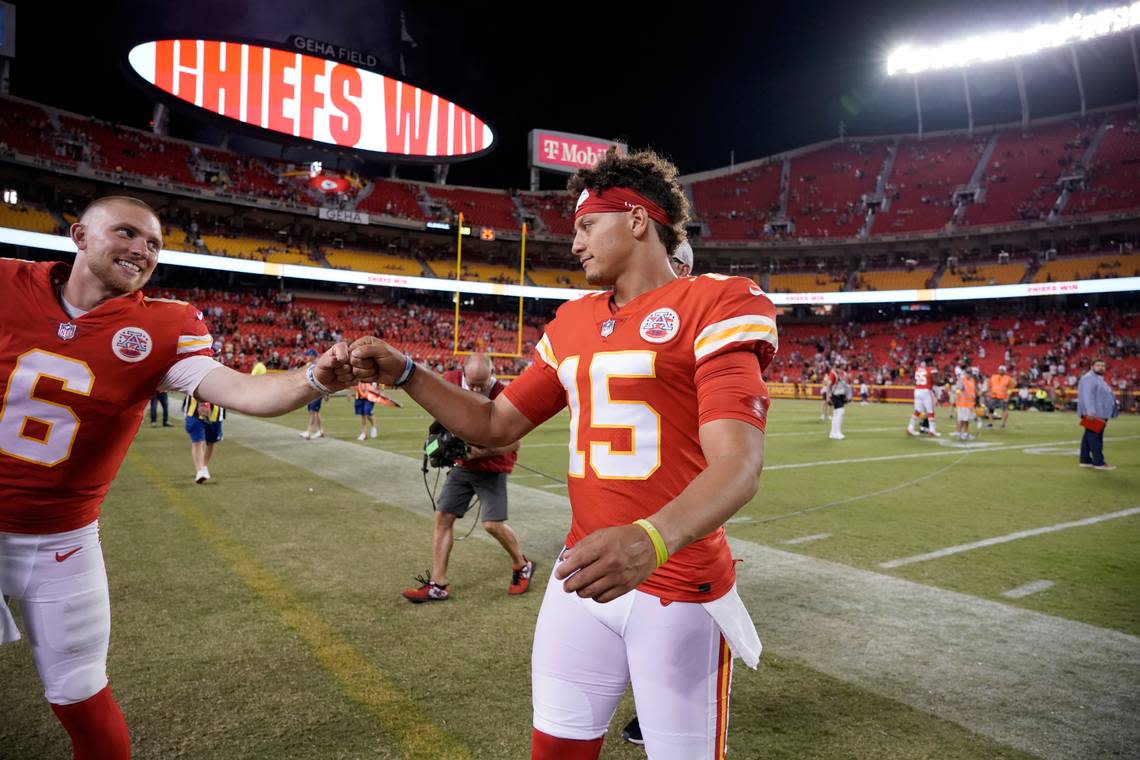 Kansas City Chiefs fans had to wonder ahead of Thursday’s third preseason contest against the Green Bay Packers: Does this game have any significance?

The answer now seems to be a resounding “yes,” as a pair of surprises on the Chiefs’ final 53-man roster released Tuesday appeared to win their way onto the team based upon that final-look performance.

One of them was running back Ronald Jones, who spent most of training camp running with the team’s third- and fourth-string offense. When given a chance to go behind the Chiefs’ first-team offensive line against Green Bay, however, he displayed strength and vision while rushing eight times for 43 yards.

“I thought RoJo did a nice job down the stretch,” Chiefs coach Andy Reid said Tuesday. “We know what he’s capable of. It’s a matter of him being comfortable in the offense — (and) for a lot of the running backs — and it looked like he was starting to get it down the stretch there. So, good football player.”

Jones’ skillset appeared to play up Thursday with the Chiefs calling more running plays with pulling offensive linemen. In the past, Jones has been one of the NFL’s most effective north-south rushers; last season, in fact, Jones posted the league’s fastest “average time behind line of scrimmage” on runs at 2.53 seconds, according to NFL Next Gen Stats. He also ranked top three in that measure the previous two years.

His inclusion on the 53 meant the team kept five running backs including fullback Michael Burton, which made for some shifting on the rest of the roster.

Most notably, KC elected to keep five receivers instead of six, choosing to release Daurice Fountain despite him having shown previous value on special teams.

Another reason the Fountain cut was necessary: The Chiefs kept three quarterbacks, which included a somewhat-unexpected move of holding onto Shane Buechele.

Now in his second season, Buechele was elevated from practice squad to the Chiefs’ 53-man roster late last year because the Arizona Cardinals were preparing to sign him.

Though it seemed that the Chiefs might only keep two quarterbacks with Patrick Mahomes and Chad Henne, Buechele impressed in the preseason finale much like Jones, completing 11 of 17 passes for 166 yards with two touchdowns.

“Shane really is coming off a pretty good game, that last game. Did a nice job with that,” Reid said. “He got a lot of reps — kind of set it up that way, right — to give him an opportunity to grow, which I think is important through these first few years, especially if you’re not playing during the season much. But I thought he did a good job with that.”

Though the roster situation remains fluid — and some guys that were cut could return to the practice squad — the Green Bay game might’ve hurt some bubble players who failed to make the initial 53 too.

Linebacker Jermaine Carter could be one, as he was released after receiving a $1.77 million guaranteed free-agent contract from the Chiefs in March. Carter played 15 snaps against Green Bay and struggled with run defense, which included getting bowled over by a Josh Myers block during a long Tyler Goodson touchdown run.

Defensive tackle Danny Shelton, released on Tuesday, likewise failed to stand out in his 21 snaps while posting one tackle.

Perhaps it’s all enough to say this: There’s good reason for the diehards to pay attention to the third exhibition.

The Chiefs coaches and front office, based on Tuesday’s moves, made one thing abundantly clear when it came to the team’s final preseason game:

They were paying attention.