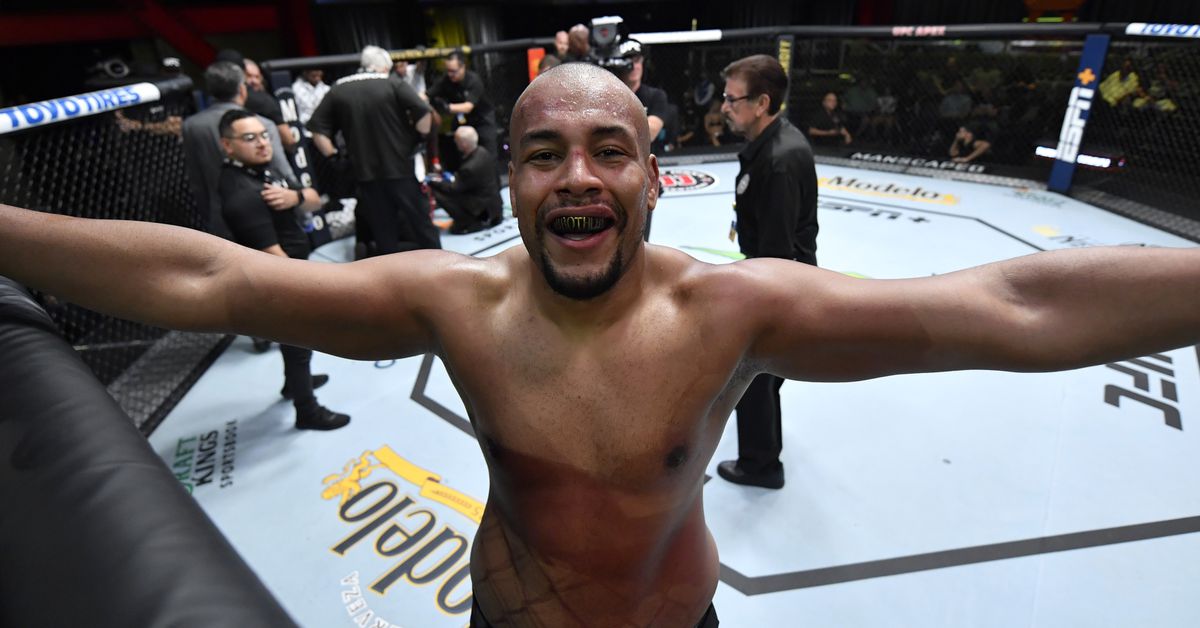 The United States Anti-Doping Agency has granted Rodrigo Nascimento a therapeutic use exemption (TUE) of ritalinic acid, a metabolite of the banned stimulant methylphenidate, after proving use of the medication for the treatment of a legitimate medical condition.

The UFC heavyweight was hoping to get his UFC Vegas 31 win over Alan Baudot reinstated to his official MMA record, which would make him 9-1 in the sport and 2-1 in the UFC. Since the Nevada commission doesn’t accept retroactive TUEs, Nascimento would have to appeal to a higher court to achieve that, an option he’s not considering at the moment.

The three-year TUE went effective on Nov. 12 and is valid for tests conducted by USADA and the Nevada Athletic Commission. According to the certification of approval for therapeutic use obtain by MMA Fighting, Nascimento still must require prior approval from other athletic commissions if he’s scheduled to compete outside of Nevada.

“I didn’t have the TUE when I fought [Baudot],” Nascimento told MMA Fighting. “I stopped taking the medicine a week before the fight but the test showed 500 nanogram in my system. I went there and beat the guy, and I want this win back. I proved I didn’t do anything wrong. I’ve taken this medication since 2014, so it would be good if they gave me my win back.”

Nascimento, 29, won a Performance of the Night bonus for his second-round stoppage win over Baudot in Las Vegas on July 2021, but was hit with a 6-month suspension and $1,036.80 fine as a result of his drug test failure.

“The problem is, you get doping stories when you Google my name, but not the ones where it says I was cleared,” he said. “It’s still hurting me when I try to get sponsors, even after the TUE was approved by USADA and Nevada.”

The American Top Team heavyweight told MMA Fighting he has signed a new deal with the UFC and will finally return to the cage in Sept. 17 to face Tanner Boser at UFC Vegas 60. Nascimento vs. Boser was originally booked for April 23, but the Brazilian was forced out due to an injury.

“He’s a dangerous and talented guy,” Nascimento said of Boser. “We’ll have fun there and put on a show for the fans. I’m ready to fight anywhere, on the feet and on the ground, to submit him or knock him out. He knows I’m dangerous and I have heart. And right after I win, I’ll ask for a ticket for the ‘Canelo’ [Saul Alvarez vs. Gennadiy Golovkin] fight in Las Vegas and ask for a spot on the [UFC 283 card] in Rio de Janeiro.”