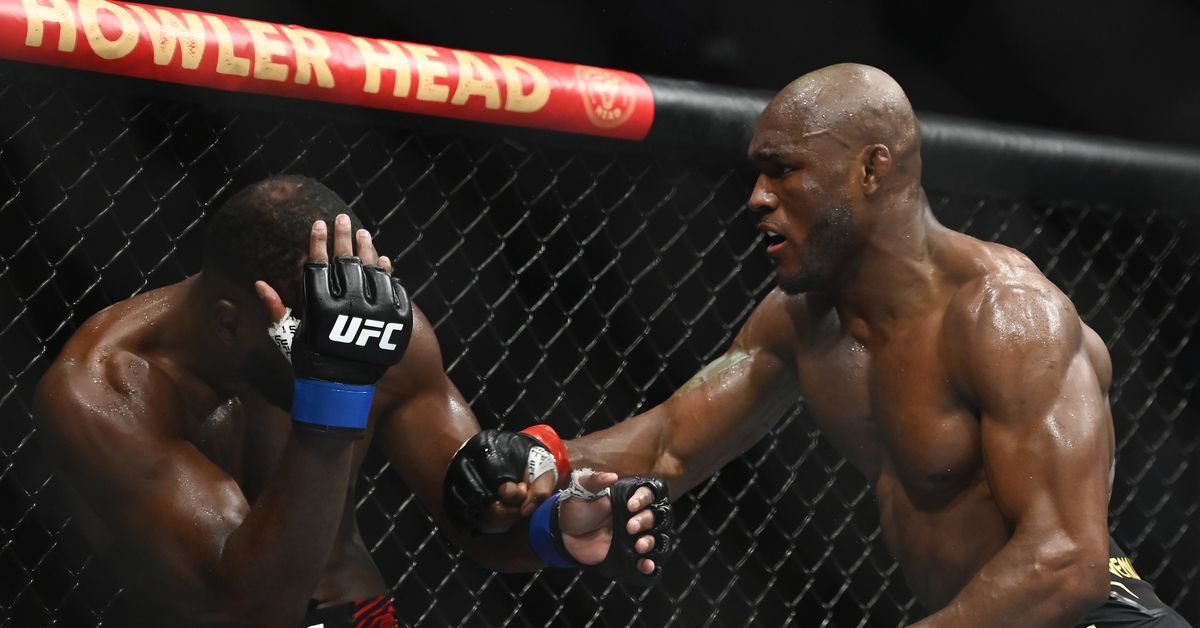 England’s newest titleholder is enjoying the spoils of being champion after one of the wildest victories in MMA history at UFC 278 two weekends ago. Defeating Kamaru Usman via a fifth-round head kick knockout in their rematch, Edwards became a superstar overnight with an all-time great comeback.

However, because of the fight playing out the way it did before its epic final moment, Edwards still has plenty to prove, believes one of the two upcoming lightweight title challengers Makhachev.

“Edwards [got] lucky because he (Usman) beat him all five rounds, almost,” Makhachev told ESPN. “First round, he (Edwards) take him down, take his back, but other rounds he (Usman) beat him very easy, take him down many times and smashed him there. When they’re going to fight again in rematch, 100 percent I think Kamaru is going to beat him … Edwards have same problem, always with wrestling guys.”

For the majority of the fight, Usman’s pressure style on the feet and consistently effective wrestling against the cage stifled “Rocky,” leading to 39-37 scorecards from all three judges going into round five. The performance was vintage Usman and one that looked to be heading toward the same outcome as their original Dec. 2015 encounter.

According to UFC President Dana White, the potential trilogy bout is already being worked on despite the rematch’s freshness. In a perfect world for the boss — as well as the competitors who have already discussed the option — the tiebreaker would take place on Edwards’ turf in England. It’s just a matter of where the event could be held after a fight of such magnitude seems to be too big for the O2 Arena, which has hosted the previous two UFC London shows in 2022.

As arguably the best wrestler in his 155-pound weight class, Makhachev is also supremely confident in the outcome of his next appearance. Taking on Charles Oliveira in UFC 280’s main event for the vacant title on Oct. 22, Makhachev expects the action to be exhilarating every time the two connect.

“If Charles gonna come to Abu Dhabi in very good shape, it’s gonna be like irons touch together, sparks, you know?” Makhachev said. “When I touch Charles it’s going to be always sparks — if he come in very good shape.

“I’m gonna dominate him or it’s gonna be not an easy fight because this guy champion, this guy have good skills. Grappling skills, striking skills, it’s going to be very good fight. I’m ready for — doesn’t matter how many rounds it’s gonna be, where it’s gonna be — striking or grappling or wrestling match. I’m gonna be ready everywhere. This is my goal, this is my dream. That’s why I’m gonna train so hard and I’m gonna come to Abu Dhabi in very good shape.”

Trouble. Report: Darren Till arrested in Stockholm in July on DUI charges

Heck of a Morning. MMA Fighting’s Mike Heck discusses if the UFC lost in the Demetrious Johnson for Ben Askren trade.

Decided to run 30 miles tomorrow for my 30th. Send songs for my playlist

This is getting out of hand.

Ben and Jorge have both lost three fights in a row. I’m dead serious, run it back.

Who is your early lean in an Edwards vs. Usman trilogy?