EMMA RADUCANU’S reign as US Open champion is over after she was dumped out in New York – and suffered more hand blisters.

The 19-year-old lost for the first time in a major as she was defeated 6-3 6-3 by experienced campaigner Alize Cornet at Flushing Meadows.

Raducanu’s stunning victory in the Big Apple almost 12 months ago – the first qualifier, male or female, to win a tennis Slam – was one of the most remarkable achievements in British sport.

But she has been unable to back up that feat over the past year and this loss summed up the difficulties she has experienced in her first full year on the WTA Tour.

After losing the first set in 51 minutes – the first one she had lost at this venue in 11 matches – Raducanu called for the trainer and had a three-minute medical timeout.

Hand blisters that first became a problem at the Australian Open in January were again causing her discomfort. 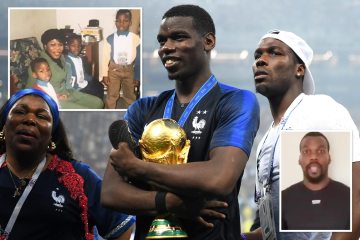 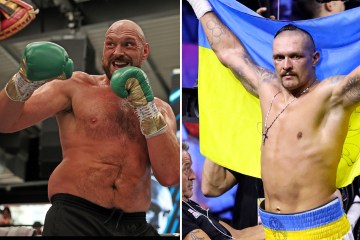 And she winced in pain when the trainer applied some ointment to her racket hand.

Cornet, playing in a record 63rd consecutive major, had too much guile and court craft, finding repeated success with the drop shot.

The Frenchwoman had a mini wobble at the start of the second set when she was disrupted and distracted by the closing of the Louis Armstrong Stadium roof.

But she eventually sealed the win in one hour and 42 minutes, her seventh successive win over a top-20 player.

Raducanu had more than 2,000 points to defend from the 2021 tournament so this first-round exit will see her ranking tumble, potentially as low as 80 in the world.

She may even be overtaken by Harriet Dart as the British No.1 come the end of this fortnight.

The Kent ace will not have the luxury of seeding at the four Slams and she will need to pick and choose her events this autumn more carefully.

At least this departure from the US Open will act as a “clean slate” and a chance to reset, regroup and develop her game.

“In the past, I’d get really, really down because I wasn’t used to losing.

“This year has definitely helped in a way. I know I can’t really mourn over a loss because it’ll just take weeks.

“I have got better at just picking myself back up quicker and quicker.

“Obviously this hurts a bit because there are a lot of emotions from the past year. 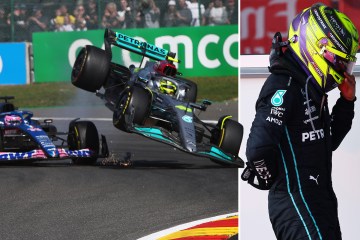 “But I’m proud for putting myself out there every match, every day.

“I know I’m pushing myself to be the best I can. There’s not much else I can do.”