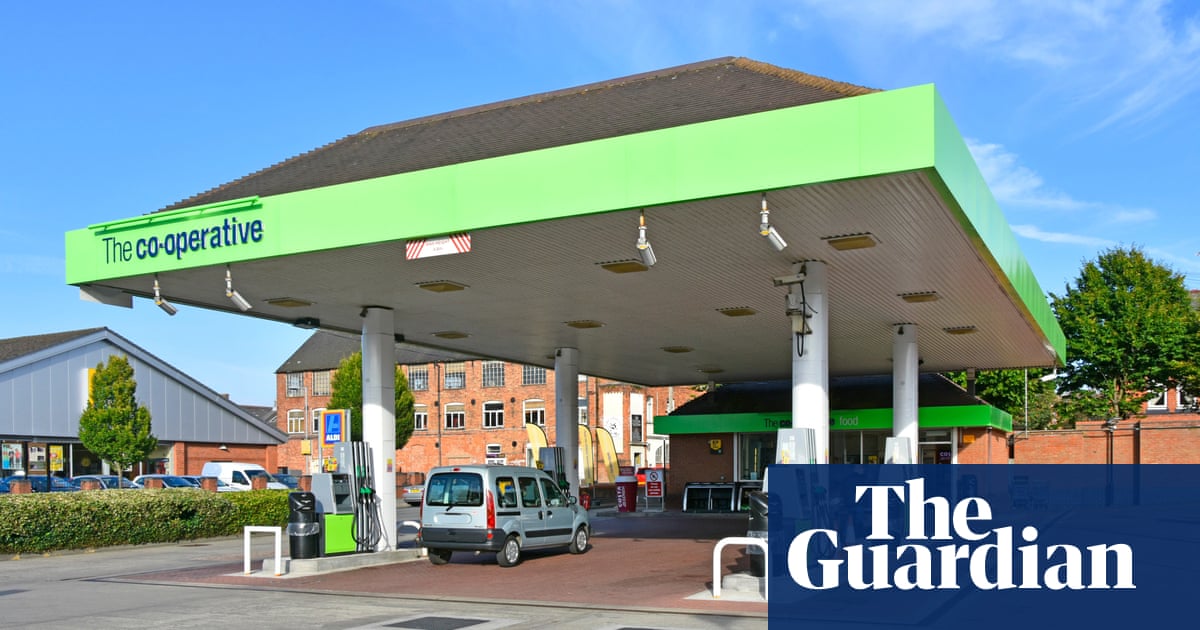 The Co-operative Group has agreed to sell its petrol forecourt business to its supermarket rival Asda for £600m, saying it would use the money to reduce debt and open more convenience stores.

The sale includes 129 petrol stations with grocery stores attached located across the UK, representing 5% of Co-op’s retail estate of more than 2,500 outlets, as well as three planned petrol station sites that are yet to be developed.

The group, which owns the grocery retailer and businesses including a funeral services provider, said the proceeds from the sale of its “relatively small non-core petrol forecourt business” would be reinvested into its “core convenience” business.

The Asda supermarket chain – and its filling stations – were bought in 2021 by the petrol station billionaires Mohsin and Zuber Issa and their private equity partner TDR Capital, who also co-own the petrol station operator EG Group.

The Blackburn-based brothers, who leased their first petrol station in 1999, already own about 700 petrol forecourts, making them a significant player in Britain’s network of more than 8,000 petrol stations. Of these, 323 operate under the Asda brand.

The Co-op estate will be folded into Asda and rebranded, with a combined 450 sites operating under the supermarket brand. Asda said pumps and attached convenience stores would “create a new and distinct format for Asda in the convenience market”.

Mohsin Issa described convenience stores as a “significant growth opportunity for the business.” He added: “We are hugely excited to create this new and distinct part of our business, giving us the opportunity to bring Asda value in fuel and groceries to even more customers and communities across the UK.”

Co-op said it planned to use money from the deal to increase its store estate, and keep grocery prices competitive, while improving its retail offering, technology and logistics. The group said the proceeds would also be used to invest into its growing wholesale and e-commerce operations.

The Co-op’s chief executive, Shirine Khoury-Haq, said: “This transaction is in line with our strategy to move away from operating petrol forecourts and supports our vision of co-operating for a fairer world while building our core leading convenience business.”

The deal is the latest in a long line of asset sales by the group, which has sold its pharmacies and travel agencies, and its remaining stake in the Co-operative Bank in 2017. It is expected to complete in the final three months of the year.

In July, the group announced it was cutting 400 jobs at its Manchester head office, as well as consulting on about 50 more job losses at its Nisa business, saying it was facing tough trading conditions amid rising inflation.

Khoury-Haq said Co-op would work closely with Asda to ensure the smooth transition of the petrol forecourts and their 2,300 workers to Asda.