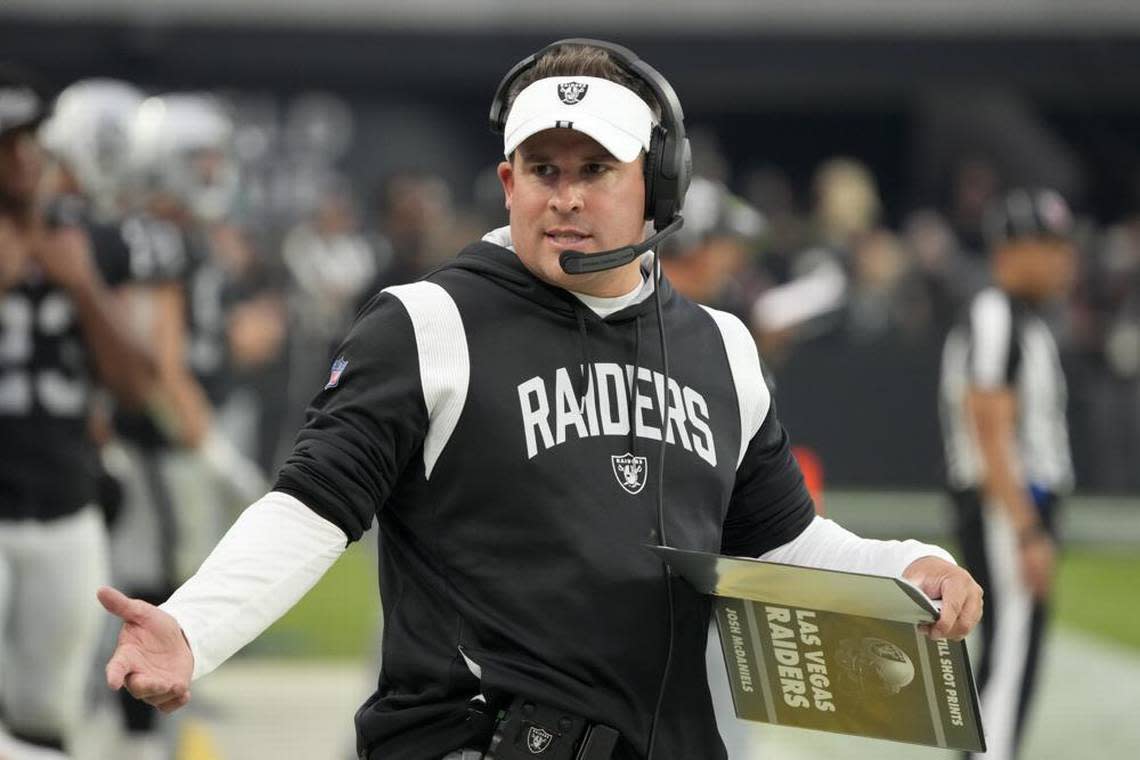 Among the cuts was offensive lineman Alex Leatherwood, according to Tom Pelissero of NFL Network. The previous Raiders regime drafted Leatherwood with the 17th overall pick in the 2021 NFL draft.

Despite #Raiders‘ trade talks with teams on Alex Leatherwood, was told no viable offers ever materialized. Teams were expecting the Raiders to eventually release him.

The Raiders traded Trayvon Mullen Jr. to the Arizona Cardinals, according to Ian Rapoport of NFL Network.

The deadline for cuts to be made was 1 p.m. PDT.

The Raiders started training camp with 90 players and got down to 75 through Sunday after cutting a couple players and placing some on injured reserve.

▪ Raiders are releasing DB Darius Phillips in a surprise cut, according to ESPN’s Jeremy Fowler. Fowler tweeted Phillips was set to be a backup cornerback and play on special teams. (He signed a one-year deal with the Raiders in March after playing with the Cincinnati Bengals).

▪ The Raiders will waive OL Bam Olaseni, Pelissero said. Olaseni could land on the Raiders’ practice squad if he clears waivers.

▪ Raiders are waiving CB Bryce Cosby, a source told The Bee. He will be brought back on the practice squad if he clears waivers.

▪ LB Curtis Bolton will be waived, according to Doug Kyed of Pro Football Focus.

▪ The Raiders traded QB Nick Mullens for a conditional 2024 seventh-round pick from the Minnesota Vikings.

▪ Acquired a conditional 2024 seventh-round draft pick from the Tennessee Titans in exchange for S Tyree Gillespie. (Note: Gillespie was cut by Tennessee on Monday.)