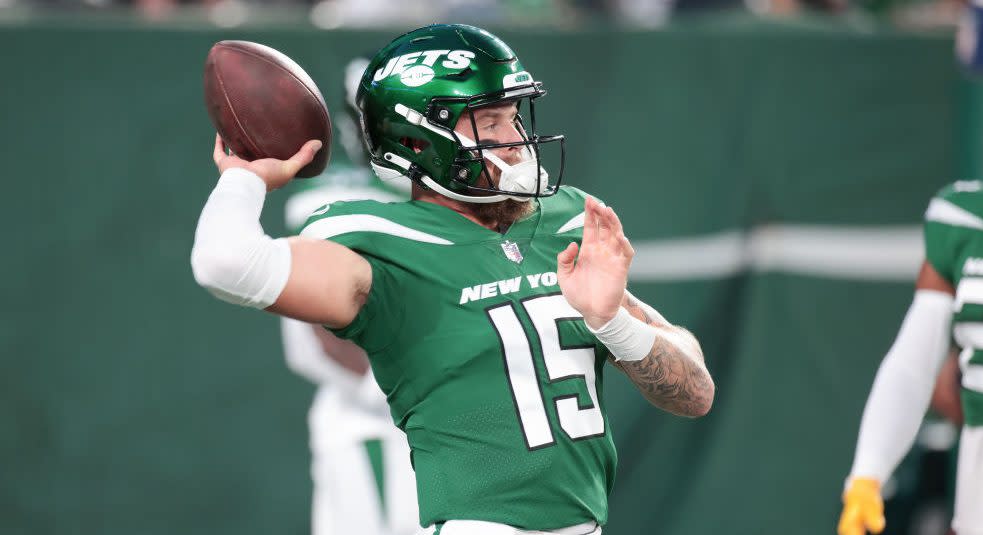 Jets coach Robert Saleh said Chris Streveler had “one of the greatest preseasons in the history of football.” Streveler became a preseason legend in New York, completing 72.7 percent of his passes for 277 yards with five touchdowns and a 120.9 passer rating, while leading them in rushing.

He engineered three comeback victories, throwing game-winners with 16 seconds and 22 seconds left and leading the team back from a 16-3 deficit in the second preseason game.

Streveler surely did enough to earn a spot at least on some team’s practice squad, but he did not make the Jets’ 53-player roster.

The Jets have informed Streveler of his release Tuesday, Adam Schefter of ESPN reports.

The Jets have Joe Flacco and Mike White behind Zach Wilson, who currently is injured.

Report: Jets have informed Chris Streveler they are waiving him originally appeared on Pro Football Talk