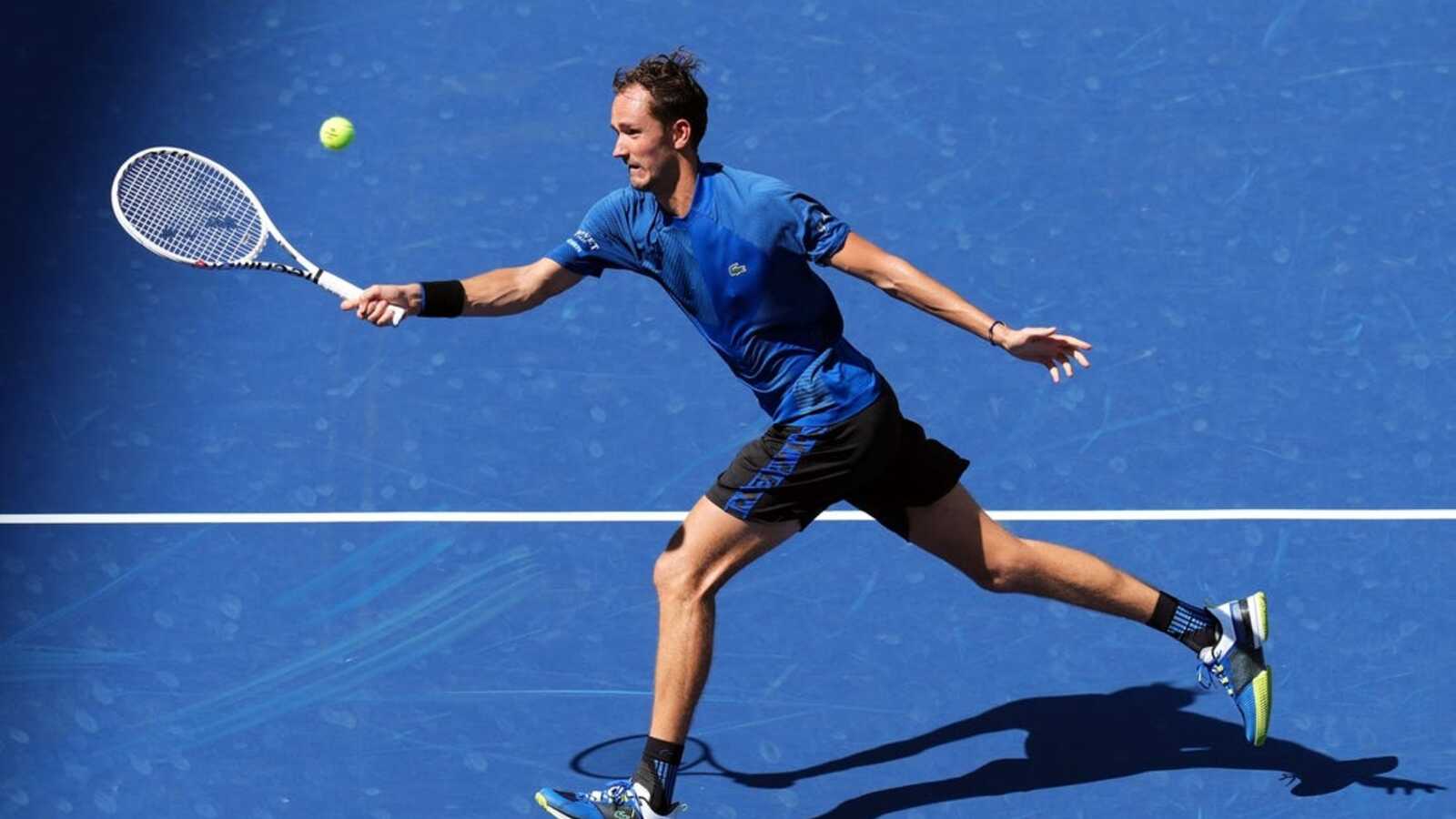 Two of the top 10 men’s seeds were bounced from the U.S. Open in first-round action on Monday night in New York.

“He dominated the match,” Tsitsipas said. “I just couldn’t get into it.”

Tsitsipas, in the first two sets of his defeat, committed 27 unforced errors while hitting just nine winners. Meanwhile, Galan had more winners than unforced errors in that span (17-12).

Tsitsipas is out in the first round of a major for the second time since reaching his lone Grand Slam final, at the 2021 French Open. He fell to the United States’ Frances Tiafoe in his opening match at Wimbledon last year.

Holt, the son of 1979 and 1981 U.S. Open champion Tracy Austin, was playing in the main draw of a Grand Slam event for the first time in his career.

Holt achieved the top moment of his career one year after undergoing surgery to remove a tumor from his right hand. The U.S. Tennis Association gave him a wild card into qualifying last week, and the University of Southern California product took full advantage.

In earlier action on Monday, defending champion and No. 1 seed Daniil Medvedev of Russia made quick work of first-round opponent Stefan Kozlov of the United States, winning 6-2, 6-4, 6-0 in 2 hours, 1 minute.

Medvedev had a 10-0 advantage in aces and converted 8 of 16 break-point opportunities to overpower Kozlov.

“I am pleased to win. Not easy conditions. Pretty hot and humid here,” Medvedev said. “I was sweating a lot but I thought there were some good points. I managed to be pretty solid and I thought the serve was key today. I am happy to go through to the second round.”

Murray concurred that the humid conditions provided a challenge.

“I am very happy with the way I got through that one, it was not easy,” Murray said. “He (Cerundolo) has had a brilliant year this year and I knew I had to play well and I did in the important moments.”

Other seeded winners Monday included No. 13 Matteo Berrettini of Italy, No. 18 Alex de Minaur of Australia, No. 21 Botic van de Zandschulp of the Netherlands, No. 27 Karen Khachanov of Russia and No. 29 Tommy Paul of the United States.