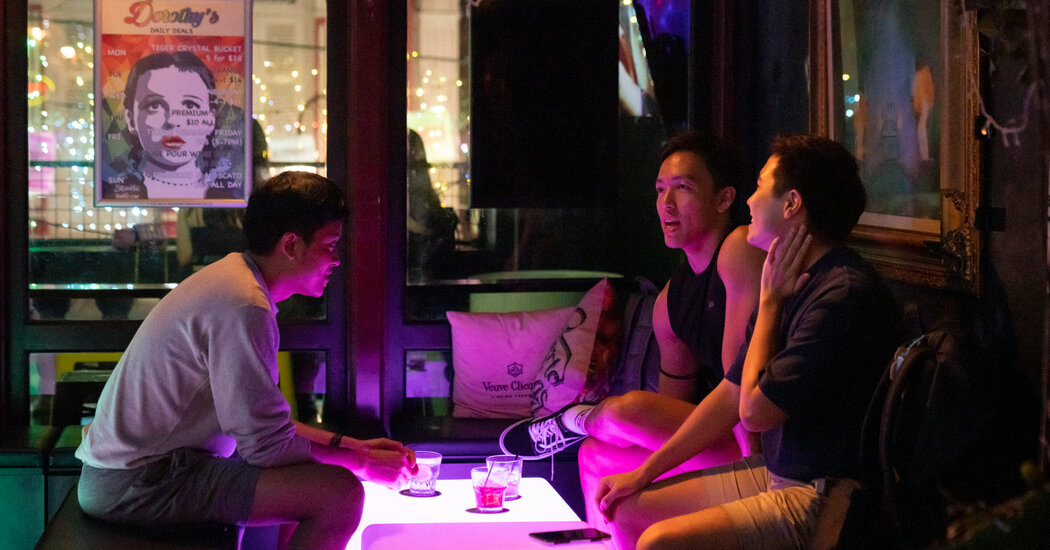 Dr. Roy Tan remembers the fear of being a gay man in Singapore in the 1980s and 1990s. Having consensual sex with another man was punishable by imprisonment. Undercover police officers would chat up unsuspecting gay men in quiet parks and beaches, wait for them to suggest sex, then swoop in and make an arrest.

“There was always this Damocles sword hanging over my head that I would be caught by the police,” said Dr. Tan, 63, a part-time general practitioner. “So it did affect my life growing up in my early adulthood a very great deal, as it did for many other gay Singaporeans.”

Last week, Singapore’s prime minister, Lee Hsien Loong, spoke the words that Dr. Tan and thousands of other gay men have been waiting to hear for decades: The government would repeal Section 377A, a colonial-era law banning consensual sex between men. (The law does not apply to women.)

The moment was the result of years of activism and a growing acceptance of homosexuality in Singapore. Officials had canvassed the views of religious groups and the L.G.B.T.Q. community for months before making the announcement. But not everyone saw the repeal as reason to celebrate.

In his speech, Mr. Lee made it clear that Singapore would not become a bastion of rights for lesbian, gay and transgender people, stressing that many social benefits will remain available only to heterosexual married couples. He also said the government would amend the Constitution to protect the definition of marriage as an agreement between a man and a woman, and prevent it from being challenged in court. Activists said the repeal was a small victory on a long road toward full equality.

“We were feeling so weird because we feel like we should be happy, and yet, we were not,” said Mick Yang, a 25-year-old Singaporean university student who is transgender. The disappointment, Mr. Yang said, stemmed from what he called the government’s “normative ideal” around identity: “one man, one woman, cis, hetero, nontransgender, nonqueer.”

Singapore’s media regulator still bans films that “promote or justify a homosexual lifestyle” from being broadcast on public television. Films with L.G.B.T.Q. content are regularly slapped with higher age ratings. Organizations affiliated with gay rights are not allowed to register with the government, restricting their ability to raise funds and apply for licenses to hold events.

The issue of Section 377A — which subjects men who engage in “any act of gross indecency” with other men to two years in prison — has long divided liberals and religious conservatives in Singapore. Those who oppose the repeal had previously called for the law to be retained until there were “adequate safeguards” for marriages and families. The Alliance of Pentecostal & Charismatic Churches of Singapore said the repeal was “an extremely regrettable decision.”

The day after the prime minister’s announcement, his law minister, K. Shanmugam, clarified that the constitutional amendment would ensure the right of Parliament to define marriage as being between a man and a woman.

The government pledged in 2007 to stop enforcing the law against gay sex, but activists said just having it on the books contributed to discrimination. In a country where the majority takes its cues from official government policy, the law was seen as a tacit endorsement of the idea that gay people were sexual deviants.

Bryan Choong, 45, a management consultant, served in the Singapore Air Force from 2000 to 2008. At the time, he worried about being outed as gay and how it might affect his career. As part of the enlistment process, he said, he was asked if he had sex with other men. He was only 23 and had never had a boyfriend. So, he told the truth: No.

Mr. Choong was one of three plaintiffs, along with Dr. Tan, who challenged the constitutionality of Section 377A in 2018 and 2019. In a February ruling, Singapore’s top court declined to overturn the law, acknowledging that it was already “unenforceable.”

Faced with these pressures, some gay men simply chose to leave Singapore. Jeremy Tiang, an author who is married to an American man, said he moved to New York City because he could not be legally married in Singapore and his partner would not have qualified for a spousal visa.

“Every now and then you would see in the paper that another gay person had been arrested,” Mr. Tiang said, referring to the time when Section 377A was actively enforced. “It contributed to the oppression that I felt growing up.”

For Singapore’s younger generation of gay men, the repeal could lead to an easing of some of these stigmas. They can now “hold their heads up a little bit higher,” said Johnson Ong, who challenged the law in court alongside Mr. Choong and Dr. Tan.

“They don’t have to go through life thinking that they’re second-rate citizens,” said Mr. Ong, the co-founder of a digital marketing agency and a D.J.

The government came under increasing pressure for being one of 69 countries that criminalized consensual gay sex. Its insistence on holding on to the ban made it appear out of sync with much of the rest of the world, including other former British colonies that struck down similar colonial-era laws. India got rid of its law in 2018, an example that inspired both Mr. Ong and Mr. Choong to sue.

Those cases were “important in demonstrating how legally bankrupt keeping a law like 377A had become,” said Remy Choo, a lawyer who has represented several clients who have challenged Section 377A in Singapore. “It forced those who wanted to continue defending the law to hold up a mirror and ask themselves whether they could do so any longer with a straight face.”

In explaining his decision, Mr. Lee, the prime minister, acknowledged that the attorney general and his law minister had both advised that there was a “significant risk” of Section 377A being struck down in future legal challenges because it violated equal rights protections in the Constitution.

Dr. Tan is hopeful that the repeal will eventually lead to changes in other policies that discriminate against gay men. He was not fazed by the government’s insistence that it would not budge on the broader issues, saying that officials stand “on very shaky ground.”

“People will question why is it that, since gay Singaporeans are now regarded as moral as their heterosexual counterparts, these discriminatory differences still remain,” Dr. Tan said.

In recent years, polls in Singapore have shown that attitudes toward homosexuality have shifted, especially among the young. In the past decade, Singapore’s “Pink Dot” Pride rallies have attracted tens of thousands of participants.

A June study by the research firm Ipsos found that 45 percent of all respondents said they were more accepting of same-sex relationships than they were three years ago.

It is unclear when the repeal will take effect. Parliament, which meets in September and October, could make a decision over the next few months. But many gay men say they are now focused on healing from the years of pain caused by the law.

Gary Lim, who with his partner, Kenneth Chee, mounted a legal challenge against Section 377A in 2013, said the repeal meant that he no longer has to “feel like a criminal” if he shows affection to Mr. Chee in public. “Definitely, I think it would be great if I could hold his hand,” said Mr. Lim, 54. “After all, we’ve been together for 25 years. I’ve never done that in public.”