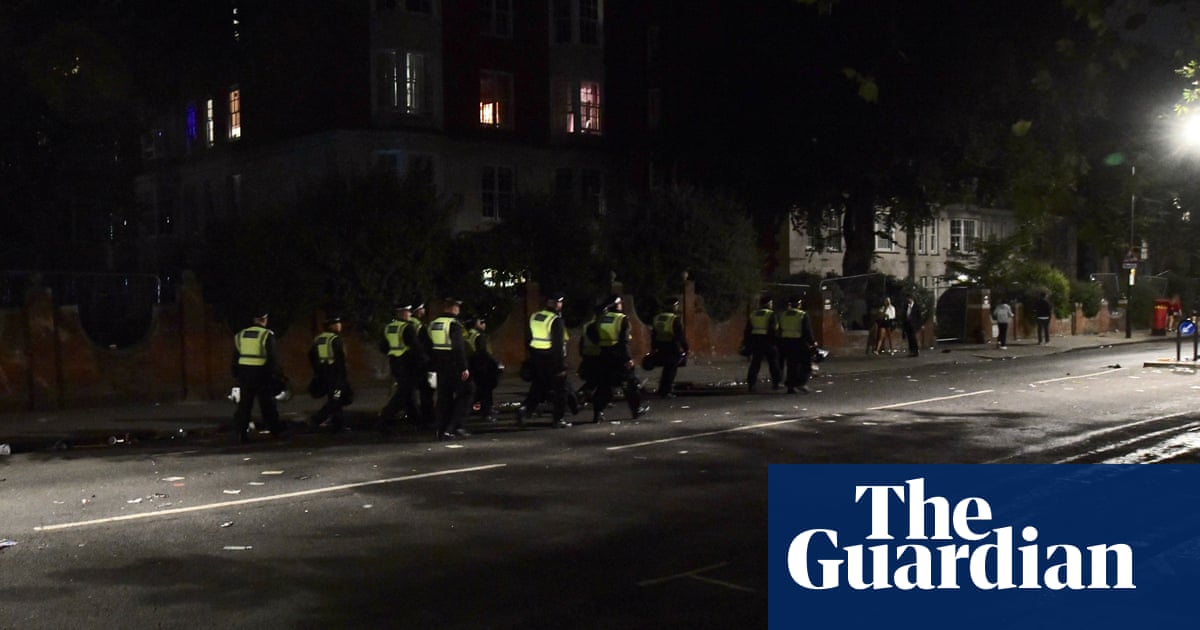 A 21-year-old man died after being stabbed at Notting Hill carnival, the Metropolitan police said, adding that more than 200 arrests were made during the event.

A police statement said: “At around 8pm on Monday August 29 officers became aware of a stabbing in Ladbroke Grove, under the Westway flyover.

“Officers provided emergency first aid to the victim – a 21-year-old man – until the arrival of London Ambulance service paramedics.

“They were able to extract him through significant crowds in challenging circumstances to a waiting ambulance.

“He was taken to a west London hospital where, despite the best efforts of medical staff, he was pronounced dead.

“His next of kin have been informed and are being supported by specialist officers.”

The force said “a number of violent incidents and serious stabbings” prompted a section 60 order to be put in place until 1am on Tuesday within the event’s borders. Section 60 allows police to stop and search people without suspicion of illegality.

There were 35 arrests the force labelled “other”: 10 for possession of psychoactive substances, seven for drink/drug driving, five for criminal damage and one each for theft and robbery.

With the Press Association