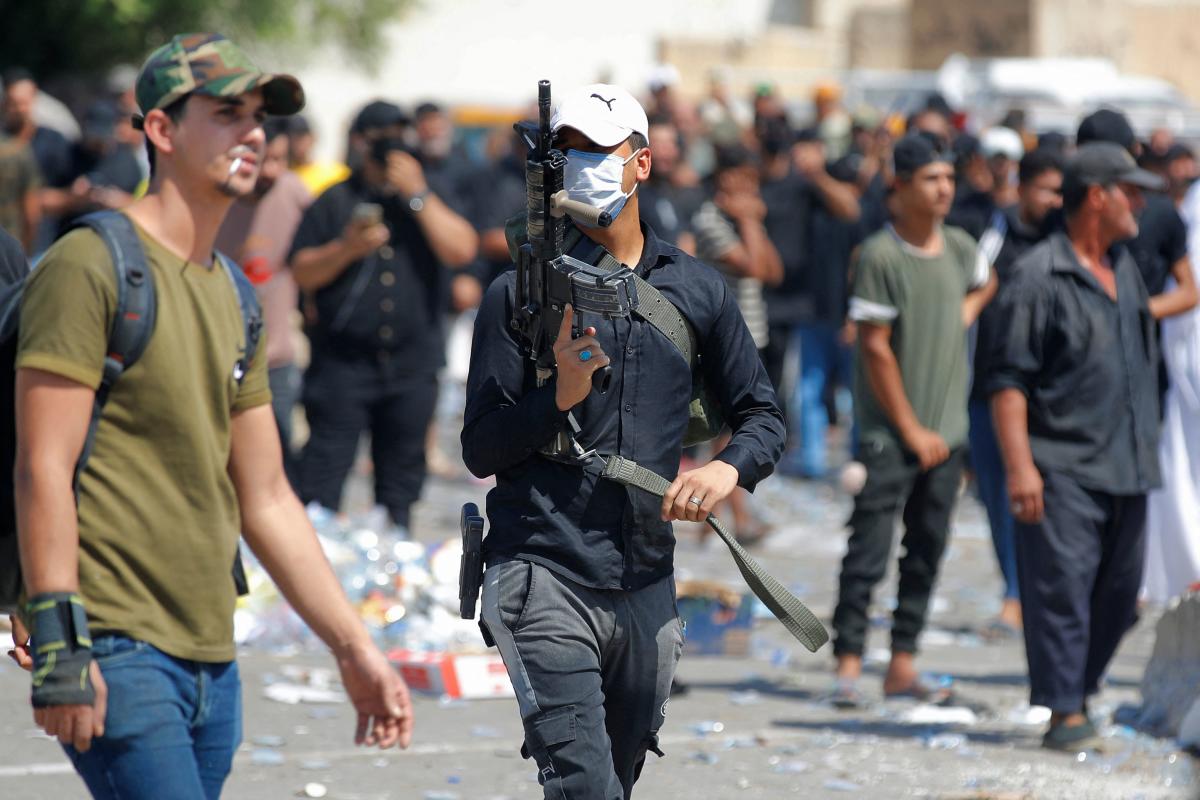 Most Read from Bloomberg

Iran closed its border crossings with Iraq after deadly clashes erupted in Baghdad over a prominent cleric’s decision to resign from politics, deepening a government crisis in the OPEC-member state.

At least 22 protesters were killed after supporters of Moqtada Al-Sadr clashed with Iraqi security forces, the Associated Press reported on Tuesday, citing medical officials. The cleric has appealed for calm and instructed his supporters to immediately leave the government palace, which they’d stormed late on Monday, according to comments shown on Al Jazeera TV.

The violence hasn’t spread to that region or other important oil-rich areas to the north of Baghdad and exports remain uninterrupted, Alaa Al-Yassiri, director general of state-run oil marketing company SOMO, said in a phone interview. Iraq was ready to increase crude shipments to Europe, if needed, he added.

Iran, which shares a long frontier with Iraq, closed major border crossings in response to the turmoil, stopping millions of pilgrims from traveling to the Iraqi city of Karbala for an annual religious gathering, the state-run Islamic Republic News Agency said. Emergency flights had also been dispatched to evacuate Iranians from Najaf in southern Iraq, IRNA added.

Iraq has been at a political impasse since Sadr’s party won the most seats in parliamentary elections last October. He’s not been able to form a government with his Shiite rivals who are backed by Iran and a caretaker government has been in place.

Most Read from Bloomberg Businessweek