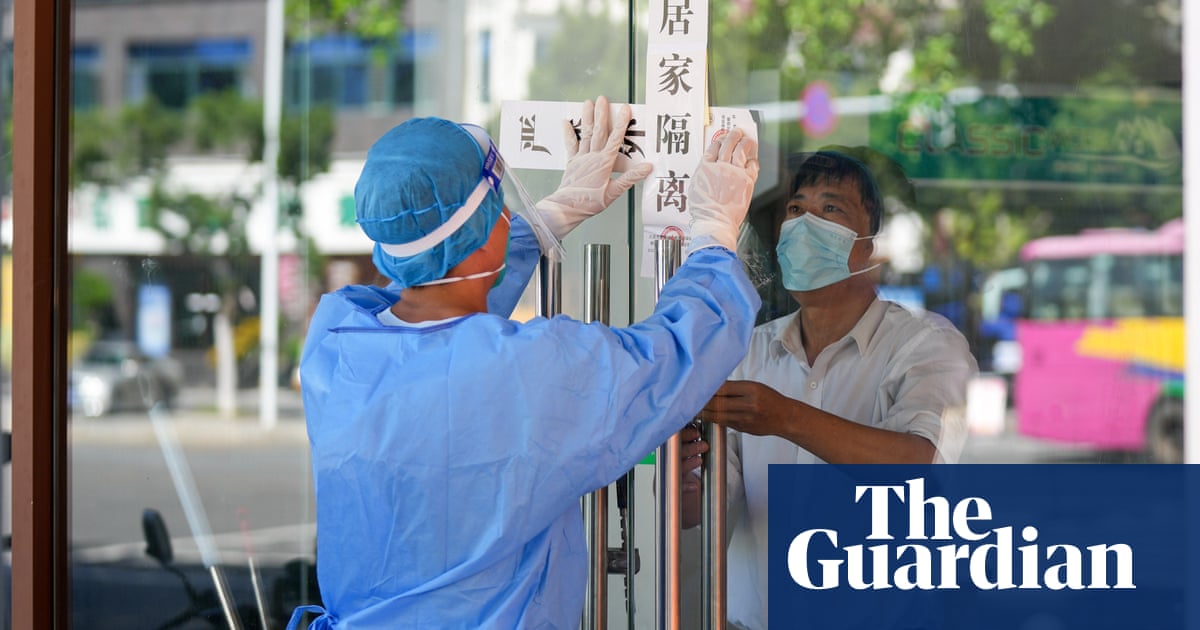 A Chinese thinktank has issued a rare public disagreement with the ruling Communist party’s severe “zero-Covid” policy, saying curbs that shut down cities and disrupt trade, travel and industry must change to prevent an “economic stall”.

The Anbound Research Center gave no details of possible changes but said on Monday that Xi Jinping’s government needed to focus on shoring up sinking growth. It noted the US, Europe and Japan were recovering economically after easing anti-disease curbs.

“Preventing the risk of economic stall should be the priority task,” the thinktank said in a report titled: It’s Time for China to Adjust Its Virus Control and Prevention Policies.

Even such mild public disagreement with official policy is almost unknown in a politically sensitive year when Xi, China’s most powerful leader since at least the 1980s, is expected to try to extend his time as president.

The report, dated Sunday, was posted on the Anbound Research Center’s accounts on the popular WeChat messaging platform and the Sina Weibo microblog service, but was deleted from both on Monday afternoon.

The anti-virus curbs are widely expected to stay in place at least until after a Communist party meeting in October and November, at which Xi is likely to break with tradition and award himself a third five-year term as leader.

Economists warn that China needs to boost growth that sank to 2.5% over a year earlier in the first half of 2022, less than half the official annual target of 5.5%, after Shanghai and other industrial centres shut down starting in late March to fight virus outbreaks.

“China’s economy is at risk of stalling” due to the “impact of epidemic prevention and control policies”, the thinktank said.

The economy is also under pressure from a plunge in real estate activity after Beijing tightened controls on the industry’s use of debt.

Economists and public health experts have warned since mid-2021 that zero Covid, which aims to keep the virus out of China by isolating every case, is unsustainable. Officials respond that they have no alternative because letting the virus spread would overwhelm Chinese hospitals.

A Shanghai physician with 3 million followers on social media, Zhang Wenhong, was shut down by official criticism and targeted by a plagiarism investigation in 2021 after he suggested China’s strategy could change and the world “needs to learn how to coexist with the virus”.

Founded in 1993, Anbound says it has served the Communist party’s central financial and economic leading group and provided research to government agencies and financial institutions.

Its report gave no indication whether it might represent the thinking of officials who are unhappy with the soaring economic and human cost of zero Covid.

China’s policy has kept deaths and infection numbers low but led to a wave of business failures.

The economic impact of repeated shutdowns of companies and neighbourhoods is more severe than last year, the thinktank said. It said that “freezing effect” might be even worse than when the outbreak began in 2020 and the whole economy shut down temporarily.

On Monday, the southern city of Shenzhen, a centre for technology and finance that borders Hong Kong, announced a three-day closure of some residential areas to contain an outbreak and shut down the world’s biggest electronics market.

Also on Monday, the government of Shenyang, the most populous city in the north-east, postponed the start of in-person classes this week for primary and high school students.

China needs to “focus on economic recovery and gradually integrate with the world”, the Anbound report said.

Travel curbs in China keep out most foreign visitors. The government has stopped replacing passports that expire and has called on the public to avoid going abroad.

Last week, the US government cancelled 26 flights by Chinese airlines to China from the US in a dispute over Beijing’s anti-virus controls. China earlier forced American carriers to cancel the same number of flights after some passengers tested positive for the virus.