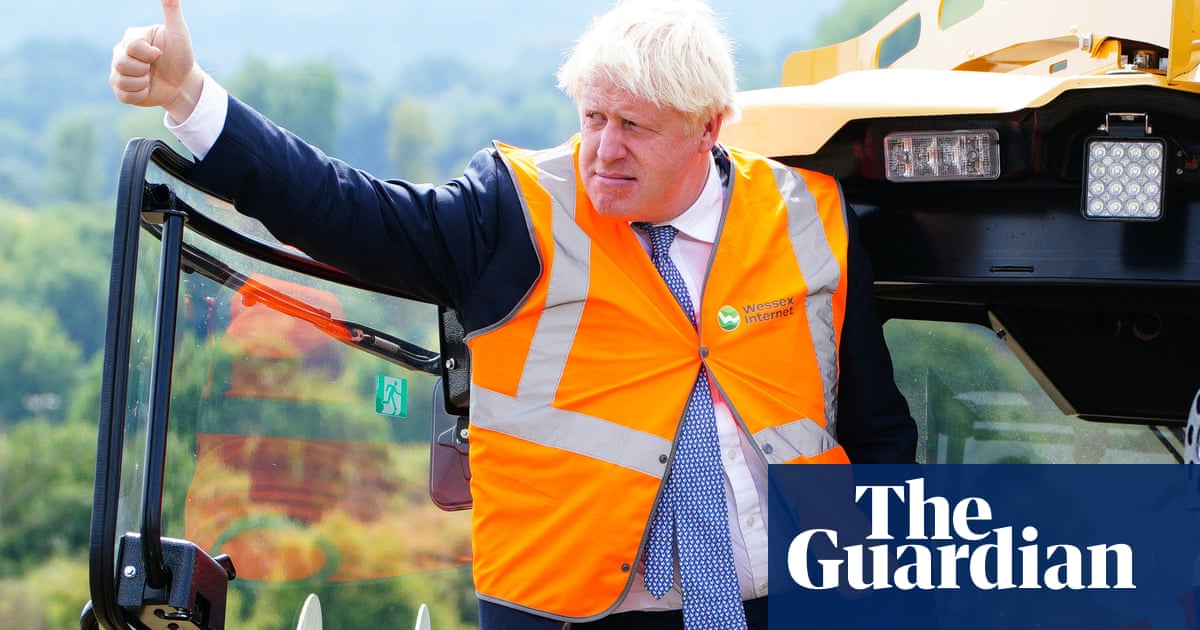 Boris Johnson has not denied setting his sights on a political comeback after he leaves Downing Street, as he sought to cement his legacy in his final week as prime minister.

On the first of a flurry of visits to mark out what he will paint as key achievements of his administration, Johnson faced questions about his future after No 10.

He deflected and spoke about the rollout of gigabit broadband, also urging people to have hope that the worsening cost of living crisis will get better in 2023.

Close friends of Johnson have said he believes he has been forced out before his time and thinks MPs will come to regret moving against him in early July.

Asked if he could make a comeback, Johnson told reporters: “I think on the whole people in this country are more interested in their gigabit broadband than they are in the fate of this or that politician.”

When pressed on whether he regretted the way he dealt with sleaze and misconduct allegations, Johnson said: “All those things have to be handled carefully and sensitively and we have processes for dealing with them, and people who have complaints should raise them in the normal way.”

Johnson declined to give himself a rating out of 10 for his term in office, but, speaking during a visit to Dorset, he admitted his replacement as prime minister would have to announce additional support to help people with the cost of living.

“It is going to be tough in the months to come,” said Johnson, adding that the strain on living standards would last “through to next year”.

However, he blamed “Putin’s war” and was optimistic about the future.

“We’re going to get through,” he said. “I just want to give people a sense of hope and perspective.”

The frontrunner in the Conservative leadership race, Liz Truss, has refused to reveal details of what emergency support payments she could announce this winter, given the 80% rise in the energy price cap for households. But Johnson said whether Truss or Rishi Sunak won the contest there would be a “further package of support for helping people with the cost of energy”.