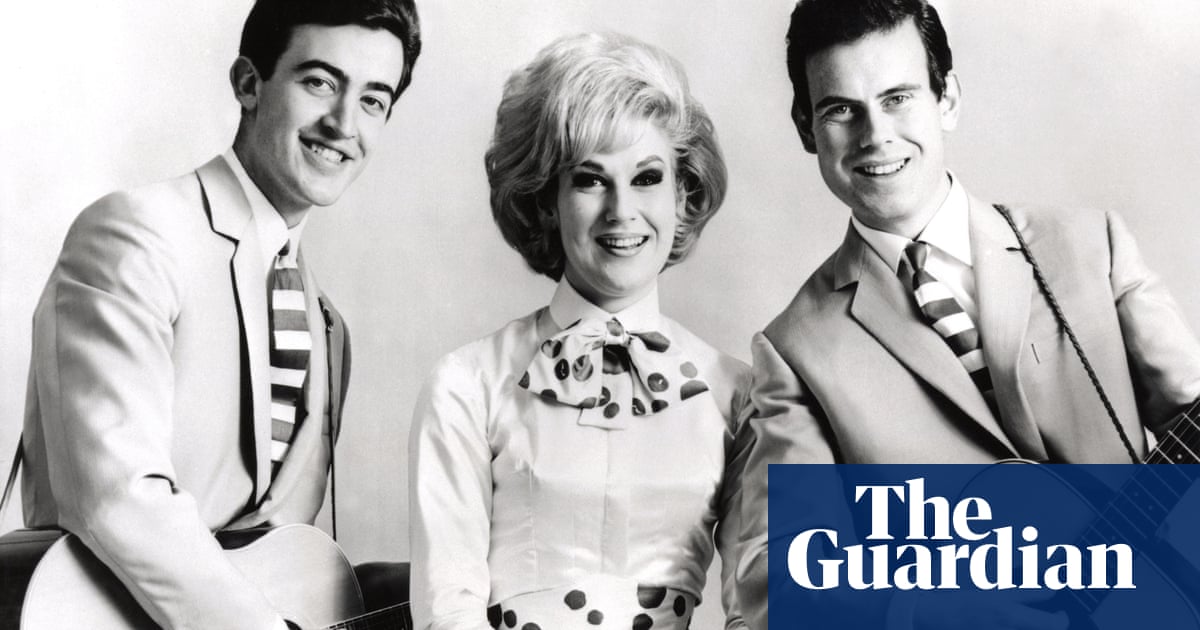 The musician, songwriter and producer Tom Springfield, who has died aged 88, became massively successful in the 1960s but hated being in the public eye. Best known as the elder brother of Dusty Springfield, the finest and most soulful female British singer to emerge during the decade, he joined her in the Springfields, a trio who enjoyed commercial success in Britain, the US and Australia from 1961 to 1963.

When Dusty left to follow her solo career, Tom began working as a songwriter and producer with an Australian band, the Seekers, who also specialised in pop-folk songs and had a similar lineup, though with added double-bass, and a female lead vocalist, Judith Durham. They too became very successful in Britain, Australia and the US, but broke up in 1968 when Durham left to go solo.

The British music scene was in a state of transition at the start of the 60s, and the Springfields provided a style that was fresh and original. In the US the folk boom had led to the commercial success of easygoing folk groups, including Peter, Paul and Mary, and the Springfields had much the same appeal. Tom Springfield and Tim Feild both played acoustic guitars and were fine harmony singers, while Dusty dominated the trio, with her remarkable voice and blonde beehive hairstyle.

They were signed to Phillips Records, and though their first single, Dear John, was unsuccessful, the follow-up songs Breakaway (which reached No 31 in the charts) and Bambino (which reached No 16) led to the Springfields being nominated best UK vocal group in the New Musical Express readers’ poll that year.

Feild left in February 1962 to be replaced by the 19-year-old Mike Hurst, and now the group enjoyed major and unexpected success. In September 1962 they released Silver Threads and Golden Needles, a song originally recorded by the American rockabilly singer Wanda Jackson in 1956. It became the first single by a British group to reach the Top 20 of Billboard’s Hot 100 in the US, as well as No 2 in Australia, and is memorable for Dusty’s thoughtful and emotional vocal work.

The Springfields were now major stars, to Tom’s displeasure. Hurst remembers that “he hated performing and didn’t much like audiences. When we left a theatre and there were groups of fans waiting for autographs, he would put his guitar case up like a battering ram and go straight through them, leaving Dusty and me to sign autographs. He occasionally took a sleeping pill before we went on stage, and his eyes would be glazed over, with a rictus smile”.

But Tom Springfield enjoyed songwriting, and the Springfields notched up their biggest UK hit with his composition Island of Dreams, which reached No 5 in 1962. The following year they travelled to Nashville to record the album Folk Songs from the Hills, which included American songs that had been popularised by Lonnie Donegan in the skiffle era.

Hurst found that “the Americans were upset to find that we were English, not American, and when we were recording in Nashville Tom got so fed up with the talk about limeys that he suggested we put clothes pegs on our noses to sound more nasal – which didn’t go down well with the Americans. The three of us had a similar sense of humour so we laughed our way through everything”.

The Springfields announced their retirement live on television, on the variety show Sunday Night at the London Palladium in October 1963. Dusty Springfield went on to prove that her soulful voice was capable of far more than reworking folk and country songs. Hurst became a successful producer. And Tom Springfield continued with the pop-folk formula that had made the Springfields so popular, this time with the Seekers, in which Durham was joined by Athol Guy, Keith Potger and Bruce Woodley.

The group had already recorded an album in Australia, and arrived in the UK in March 1964, after singing on a passenger ship. They stayed on to become the first Australian group to achieve major commercial success in the UK – thanks largely to Springfield, who did not perform with them but became their producer and principal songwriter, known as “the fifth Seeker”. According to Hurst, “it was his perfect niche”.

His hit songs for the band included I’ll Never Find Another You, which reached No 1 in the UK and Australia and No 4 in the US in 1964-65, A World of Our Own (No 3 in the UK in April 1965) and The Carnival Is Over (No 1 in November 1965), which Springfield had adapted from a Russian folk song, Stenka Razin. “Tom had a host of old Russian or Italian folk songs,” said Hurst, “and he’d go through them and say ‘this bit from this song might fit in with this from another song’”.

In 1967 Springfield won the best original song Academy award for Georgy Girl, the theme for the Lynn Redgrave film and a No 3 hit for the Seekers. The group remained massively successful even in the Beatles era; their album The Best of the Seekers (released in late 1968 after they had disbanded) spent six weeks at the top of the UK album charts in 1969, even dislodging the Beatles’ White Album.

Following Springfield’s death, the Seekers wrote that “we could not have done it without him. He was our creative heart and soul”.

He was born Dionysius O’Brien in Hampstead, north London, the first child of Gerard O’Brien and his wife, Kay (nee Ryle), who was originally from Tralee, Co Kerry. It was not a happy household – his parents often argued – and his father, a tax consultant, would have preferred to be a musician; he was a talented pianist who loved classical music and blues, and shared those interests with his two children – Dion and his sister, Mary.

Dion went to the Royal grammar school in High Wycombe, Buckinghamshire, and joined the army for his national service (1952-54). Assigned to the Joint Services School for Linguistics in Coulsdon, Surrey, he studied Russian literature, films and songs, which he sang in the “Coulsdon choir” of fellow conscripts, including the song that would become the basis for The Carnival Is Over.

When he was assigned to the Intelligence Corps, based in Maresfield, East Sussex, he formed a trio playing Latin American songs, and began songwriting. A naturally talented musician, he also joined a vocal group, the Pedini Brothers, and learned guitar and ragtime piano.

After national service he worked in banking, but music was his obsession. He played with Feild in a duo, the Kensington Squares, but they changed their name to the Springfields when they were joined by Mary, who had been singing with an all-female trio, the Lana Sisters. Mary now changed her name to Dusty Springfield, while Dion became Tom Springfield (a name he officially adopted by deed poll in 1977).

Alongside his 60s success with the Springfields and the Seekers, Tom co-wrote Dusty’s 1964 hit Losing You. His compositions also included Just Loving You (1967), recorded by Anita Harris, Adios Amor (1968), recorded by José Feliciano and The Olive Tree (1967) for Durham, her first solo single, recorded while still a member of the Seekers.

He also wrote the theme for the BBC TV series The Troubleshooters, which he recorded with the Tom Springfield Orchestra (1965), and two solo albums, Sun Songs (1968) and Love’s Philosophy (1969), which were rereleased on CD in 2005. In 1970 his gently charming love song Morning Please Don’t Come was released as a duet by Dusty and Tom Springfield.

Hurst described Springfield as “a recluse, a bohemian in the true sense – he led his life in a solitary way doing what he wanted to do”. It was perhaps no surprise that his death went unreported for several weeks.