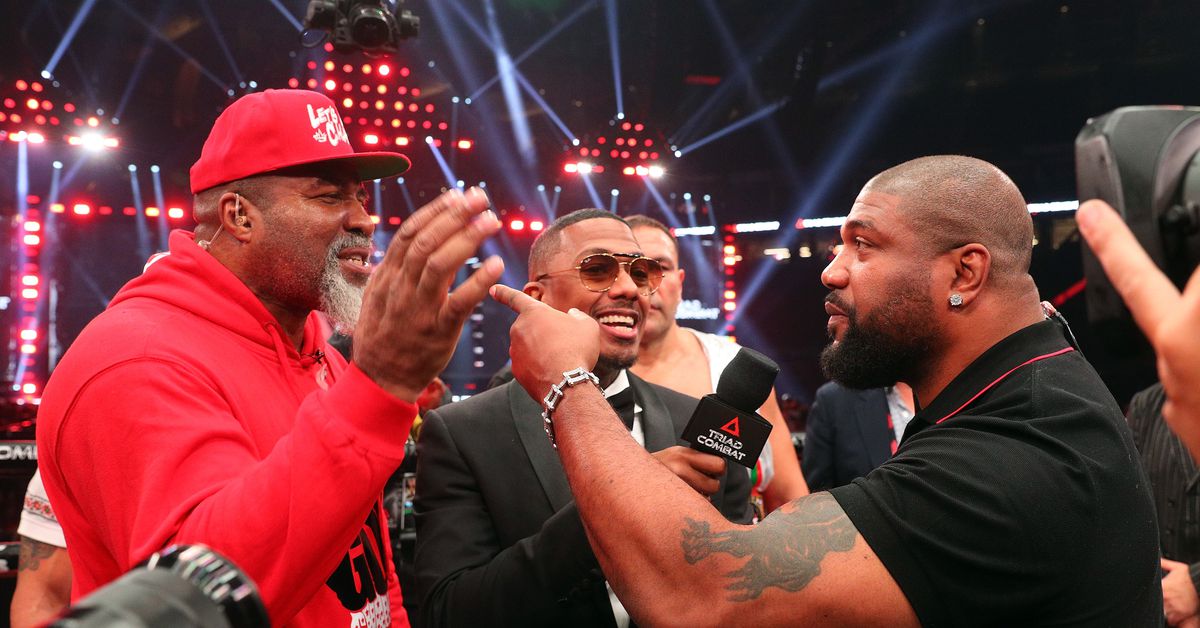 The former UFC light heavyweight champion told TMZ that he is not retired, despite not competing since parting ways with Bellator in 2019. Jackson, 44, lost by first-round TKO to Fedor Emelianenko in his most recent bout at Bellator 237 and he is aiming to end his career on a higher note.

“No, man. I ain’t done,” Jackson said (transcription via Bloody Elbow). “I’m not happy with my performance in my last fight. I can’t leave MMA fans like that.”

Jackson has lost three of his past four fights, but prior to that slump he won five straight fights competing for Bellator and the UFC. He holds a 38-14 record in MMA, but should he return to action he expects it to be as a boxer, not a cage fighter.

The 23-year combat sports veteran already has an opponent lined up in two-time heavyweight champion Shannon Briggs. Briggs, 50, was involved in a scuffle with Jackson at a Triad Combat event this past November and Jackson says a potential boxing bout between them is in the works.

“Like I said, I’m just in talks with fighting Shannon, finally,” Jackson said. “That fight has been almost a year in the making. I want to do some boxing before I retire.”