A WIDOW has told how her husband was thought to have headaches due to a lack of sleep – but he died weeks later.

James Lamerton was just 40 when he passed away in November 2021, leaving behind his wife, Myriam, 32, and two-year-old daughter, Layla.

Myriam, 32, from Leigh-on-Sea, Essex, said: “James had been tired for a while but I’d put it down to us having a newborn.

”When he started waking up regularly in the night to go to the toilet, I thought that was odd and encouraged him to go to the doctor to get checked out for prostate cancer, which is something his father had had.”

The tests came back clear, and so in July 2021, the family went on a holiday to Tenerife.

But James started suffering from headaches and dizziness while there. 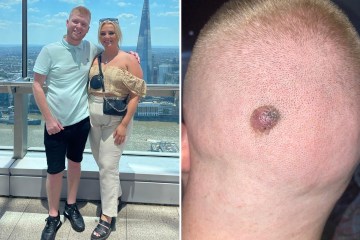 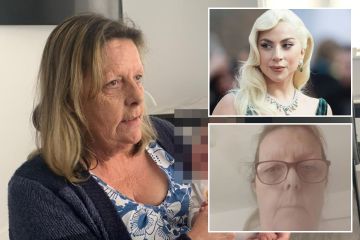 He also began having vision problems but when a scan came back clear, his doctor arranged for him to go to a sleep clinic in September.

Myriam explained: “It was there we were told James had sleep apnoea and his dizziness and headaches were the result of him not sleeping enough, which seemed to make sense…”

Sleep apnoea is a common condition in which the airways restrict breathing during sleep, causing morning headaches, tiredness and snoring at night.

James, a teacher and musician, was given treatment for the sleep condition and was taking medication for migraines.

Most read in Health

But a concerned Myriam said that between August and mid-October, she took James to the doctor eight times.

In October, Mr Lamerton returned home from work saying that he had almost collapsed.

Widow Myriam said: “James looked dreadfully pale so I told him to go to bed and relax but seven days later he was still there.

“Every day I told him he needed to go to the hospital but he insisted on resting.

“I wish I’d done something sooner but, in truth, I know it wouldn’t have changed anything.”

James’ condition continued to decline as he was unable to eat, vomiting and experiencing severe pains in his eye.

It was only then that he was swiftly given an MRI that detected a brain tumour in his pineal gland – later identified as fatal grade four glioblastoma (GBM).

James had been showing typical signs of a brain tumour, including headaches, tiredness, vomiting and vision/eye problems.

It was also discovered that James had a build-up of fluid known as hydrocephalus, which had to be drained.

He died five weeks after his diagnosis.

Myriam said: “I held James’ hand as he took his last breath and his heart stopped. He died peacefully, which was kind of beautiful in a way.

“When you think about death you often think it’s going to be scary and loud but James looked beautiful and healthy from the outside, which is what made it so surreal for us as a family.”

Since James’s death, Myriam has been working with Brain Tumour Research to raise awareness of the disease.

Myriam said: “We need to change people’s perceptions of brain tumours and for me that means changing the narrative to make people realise that this could also happen to them and the people they know and love.

Charlie Allsebrook, community development manager for Brain Tumour Research, said: “Whilst incredibly heart-breaking, James’ story is not unique; the pain his family are going through is, sadly, something we see time-and-time again.

“We’re trying to change that but it’s only by working together that we will be able to improve treatment option for patients and, ultimately, find a cure.

“We just hope that people sit up and pay attention because brain tumours are indiscriminate and could strike anyone of us at any time.”

Symptoms of a brain tumour

Headaches can be caused by a myriad of reasons, you could be dehydrated or even stressed.

Most of the time headaches can be fixed by pain killers, but if your headache is persistent or is getting worse, then this could be a sign of brain cancer.

If you are suffering with nausea and regular sickness is unexplained this could be a sign of brain cancer.

The NHS advises if you persistently feel sick or if you are consistently being sick and you feel drowsy you should see your GP.

Seizures can often be a red flag you may have a brain tumour.

It is when you suffer an involuntary movement and are unable to control your arms or legs.

Feeling weak is not unusual – if you haven’t eaten enough or have really exerted yourself you can feel a bit wobbly.

But feeling weak regularly despite being rested, eating well and with no other known reason is a warning sign of cancer you should get checked out.

Speech problems and fuzzy vision can be signs of all sorts of conditions.

Too much booze, or feeling stressed or anxious could bring on these symptoms.

But it is often a red flag of a tumour – going to your optician or the GP is the next step if you’ve noticed a change.

It is common to feel many different moods and emotions throughout one day.

Generally stress or the task you are doing will be the cause, but if you have noticed a change in yourself or loved one that you can’t explain, it could be a sign of cancer.

The NHS says “mental or behavioural changes, such as memory problems or changes in personality” could be signs of brain cancer.