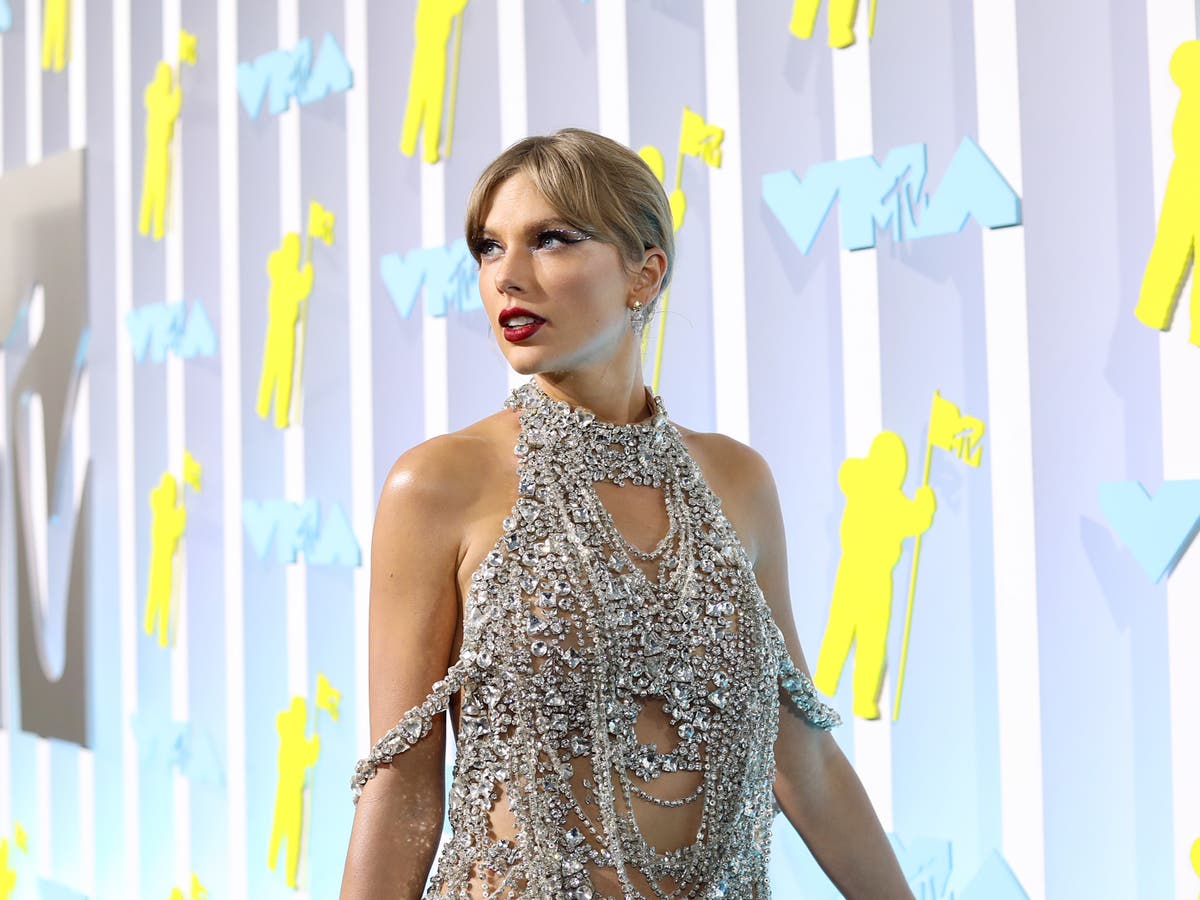 The MTV VMAs are taking place tonight (Sunday 28 August) at a live ceremony at the Prudential Center in Newark, New Jersey.

So far both Taylor Swift and Johnny Depp have made surprise appearance at the event, the latter confirming reports that Depp would be among those attending the ceremony.

As well as winning for Best Longform Video, Swift was spotted enthusiastically rapping along with Nicki Minaj’s ‘Super Bass’ from her seat in the crowd.

Harlow and Lizzo are up against Lil Nas X, Drake, Bad Bunny, Harry Styles and Ed Sheeran for the coveted Artist of the Year prize.

Taylor Swift was seen nailing the verses to Nicki Minaj’s “Super Bass” as the rapper performed to the VMA crowd.

Minaj received the Michael Jackson Video Vanguard Award at the ceremony, which is “presented to artists for their outstanding contributions and profound impact on music video and popular culture”.

When did the ‘Moon Person’ trophy receive its gender neutral name?

Fans of the MTV Video Music Awards may notice during the award show ceremony that the iconic statue has been referred to as “Moon Person,” rather than its original “Moonman”.

That’s because network president Chris McCarthy announced in 2017 that the trophy – which depicts an astronaut planting a flag with the MTV logo on the moon’s surface – will from now on be known by its gender neutral name.

MTV VMAs 2022: When did the ‘Moon Person’ trophy receive its gender neutral name?

The MTV Moon Person pays tribute to the networks origins. When the channel launched in August 1981, the first image to ever appear on MTV was footage of the Apollo 11 moon landing, with the MTV flag edited into the introduction.

We’re deep into the ceremony and already a host of big awards have been dished out.

Album of the Year has gone to Harry Styles for Harry’s House, while Red Hot Chili Peppers received the Global Icon Award and Nicki Minaj the Video Vanguard Award.

Taylor Swift returned to the VMAs after a three-year hiatus

She’s nominated in all 5 categories and has already won Best Longform Video, for her work on All Too Well: The Short Film.

Swift has not attended the VMAs in three years

The “Industry Baby” rapper, who is nominated for seven awards at this year’s ceremony, walked the red carpet in a feather ensemble designed by Harris Reed.

The all-black look featured a structured skirt and massive feather headpiece. A shirtless Lil Nas X also showed off his toned figure, and opted for black leather pants underneath the feathered skirt.

Fans instantly took to social media to praise the rapper for his MTV VMAs fashion.

“ICONIC,” tweeted one user, while another fan said: “lil nas is so gorgeous i gasped.”

Johnny Depp makes an appearance at the 2022 VMAs

Johnny Depp’s rumoured appearance as the MTV “Moonman” trophy actually happened, with a super brief appearance from the actor after Lizzo and Jack Harlow’s ceremony-opening performances.

The winners are already rolling in

The official ceremony hasn’t started yet, but winners are already being announced on the red carpet, with Italian glam rock band Måneskin taking the prize for Best Alternative for “I Wanna Be Your Slave” and Blackpink taking the gong for Best Metaverse Performance.

All the winners from this year’s ceremony in New Jersey, as it happens

It’s an eclectic bunch of nominees for this year’s MTV VMAs, which are taking place tonight live at New Jersey’s Prudential Center from 8pm ET (1am UK time).

Kendrick Lamar, Billie Eilish, and Foo Fighters have received nominations, along with UK acts such as Ed Sheeran and Harry Styles.

You can find the full list of MTV’s VMA 2022 nominees below.

This year’s ceremony will be held on Sunday, 28 August at 8pm ET

The best dressed stars at the 2022 MTV VMAs

The 2022 MTV Video Music Awards is expected to be full of iconic fashion.

MTV VMAs 2022: The best dressed stars on the red carpet

Celebrities attend the 2022 MTV VMAs in their boldest fashion looks

Meredith Clark has all the best dressed stars from the 2022 MTV Video Music Awards.