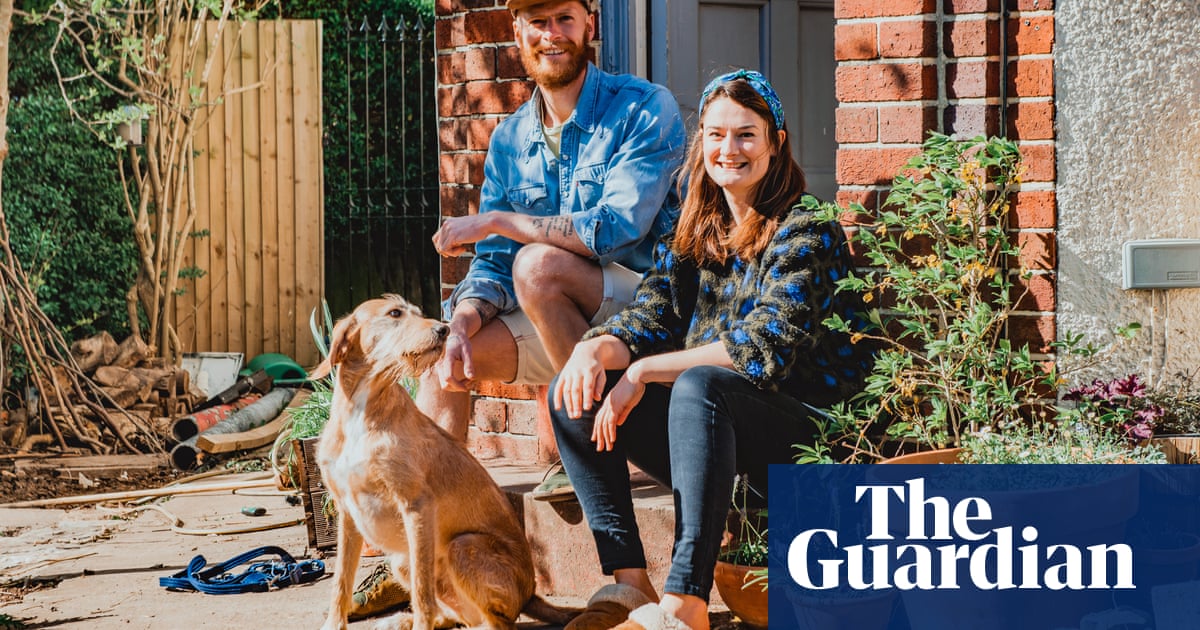 After becoming burnt out by life in London, Heather made the decision to move to Bristol in 2017. “I wanted more green space and the chance to cycle more. I was ready for a change,” she says. She was hoping to move in with a former colleague, Lucy, but the room had already been taken. “She told me her ex-boyfriend was moving to Bristol around the same time as me and that we would really get on.”

Lucy introduced Heather to Pete via text, and they decided to find a place to rent together. “I had been travelling, then gone back to Dublin, where I’m from, but I wanted to return to the UK,” he says.

They found a place to move into, but had to pretend they were a couple before signing the tenancy agreement. “I don’t think [the landlords] wanted a revolving door of tenants, so single people couldn’t apply,” says Heather. As soon as they moved in together, the pair hit it off but, because of their busy lives, they didn’t see each other that often. “I was travelling a lot and teaching yoga,” says Pete, who now runs campaigns for environmental social justice groups. “We were also both dating other people at that point.”

Although there was a spark between them, they didn’t act on it straight away. “I think we were worried about making a mess of our living situation if things went wrong,” says Heather. By 2019, they were both single and the flirtations began to ramp up. They say there was a strong chemistry. That year they fell into a “friends with benefits” relationship, but didn’t think it would turn into anything more. A few months before the pandemic, Pete bought a flat and asked Heather if she would join him as a lodger.

When lockdown hit, they grew closer and began spending more time together. “We would plan meals and take turns cooking. One day, we did a Britney Spears Toxic dance class on Zoom and filmed ourselves doing it,” says Heather. As restrictions relaxed, they took up wild swimming and made a new group of friends through their hobby. “We also spent a lot of time walking my dog, Jam Jam,” says Pete. “Nowadays, most of our WhatsApp conversations are pictures of him.”

It wasn’t until August 2021 that they decided to give their relationship a real chance. “We were on a ferris wheel at Shambala festival. I just thought we should go for it so I asked her if she wanted to try.” They became an official couple when they returned home a few days later.

Although there’s been a “transition period” from flirty housemates to romantic couple, they believe their friendship foundation has made their relationship stronger. “It’s the classic romcom where the girl ends up with the best friend who’s been there all along,” says Heather. “We’ve had to learn how to be with each other after so long living as housemates, but we communicate openly.”

Pete loves how much they have in common, and says Heather inspires him. “She makes people feel incredibly comfortable in themselves. She asks lots of questions and people open up to her very quickly. I have learned a lot from that,” he says. “We also share a lot of values. I’ve seen her turn down [graphic design] work because it’s not true to her values and I really admire that.”

As a couple they do everything together, from socialising to throwing parties and cooking dinner. “We both eat mainly plant-based foods, so it’s really easy,” says Heather. “He’s really committed to activism and that’s brought us closer because we really care about social justice. He’s also really fun and makes me laugh every day.”

Want to share your story? Tell us a little about yourself, your partner and how you got together by filling in the form here