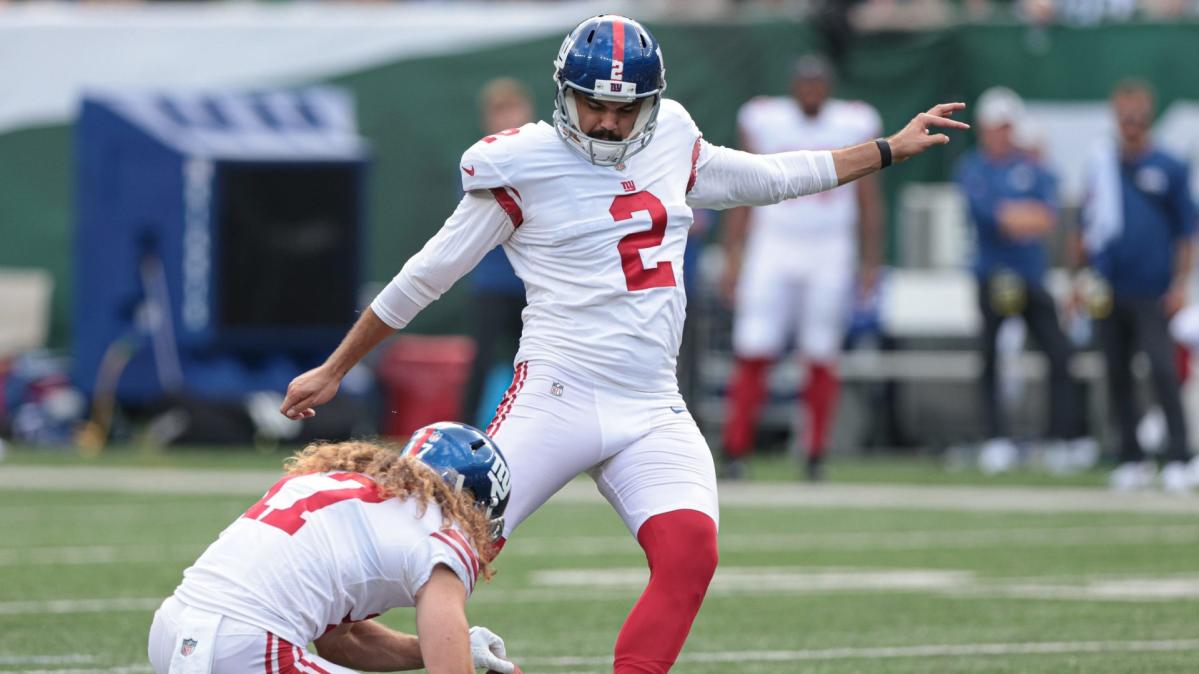 The Giants have started to reduce their roster to 53 players by announcing they’ve waived seven on Monday.

Santoso was signed late last week to kick for the last preseason game with Graham Gano in concussion protocol.

With Panthers kicker Zane Gonzalez dealing with a “significant” injury, Santoso could be headed for a reunion with Carolina. Santoso played a game for the club last year.

Via Dan Salomone of the team’s website, head coach Brian Daboll told reporters that those seven should be the Giants’ cuts for Monday. The team will have to make more moves before Tuesday’s 4 p.m. ET deadline.