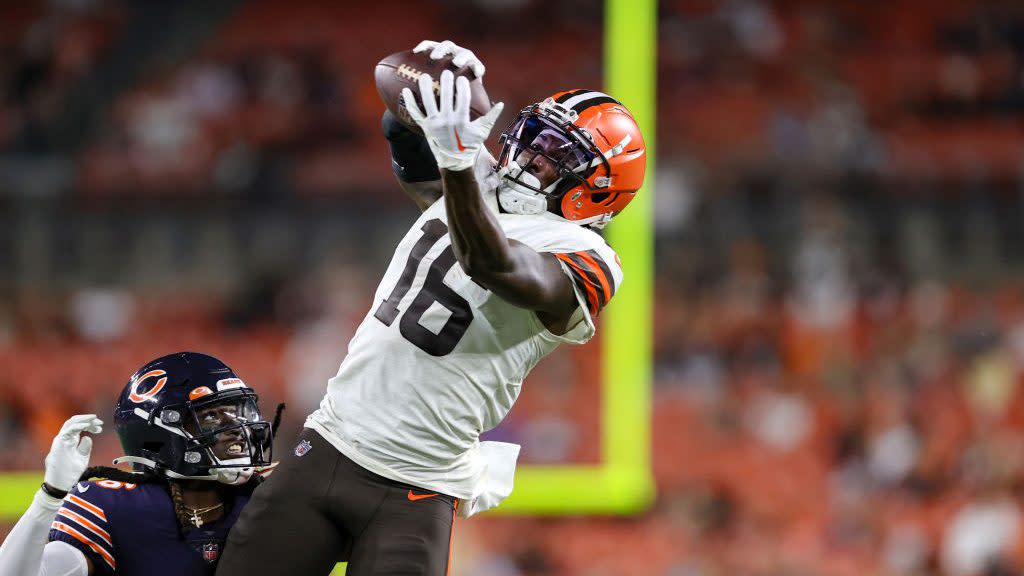 With Tuesday’s deadline looming, Cleveland has made several moves to reduce its roster to 73 players.

Odom tore his ACL during Cleveland’s final preseason game against the Bears.

Wims signed with Cleveland in April. He hasn’t played a regular-season game since 2020, when he appeared in 13 contests for the Bears. Wims has 28 career receptions for 266 yards with a pair of touchdowns.

The Browns still have 20 more moves to make before they’re in compliance by 4 p.m. ET on Tuesday.