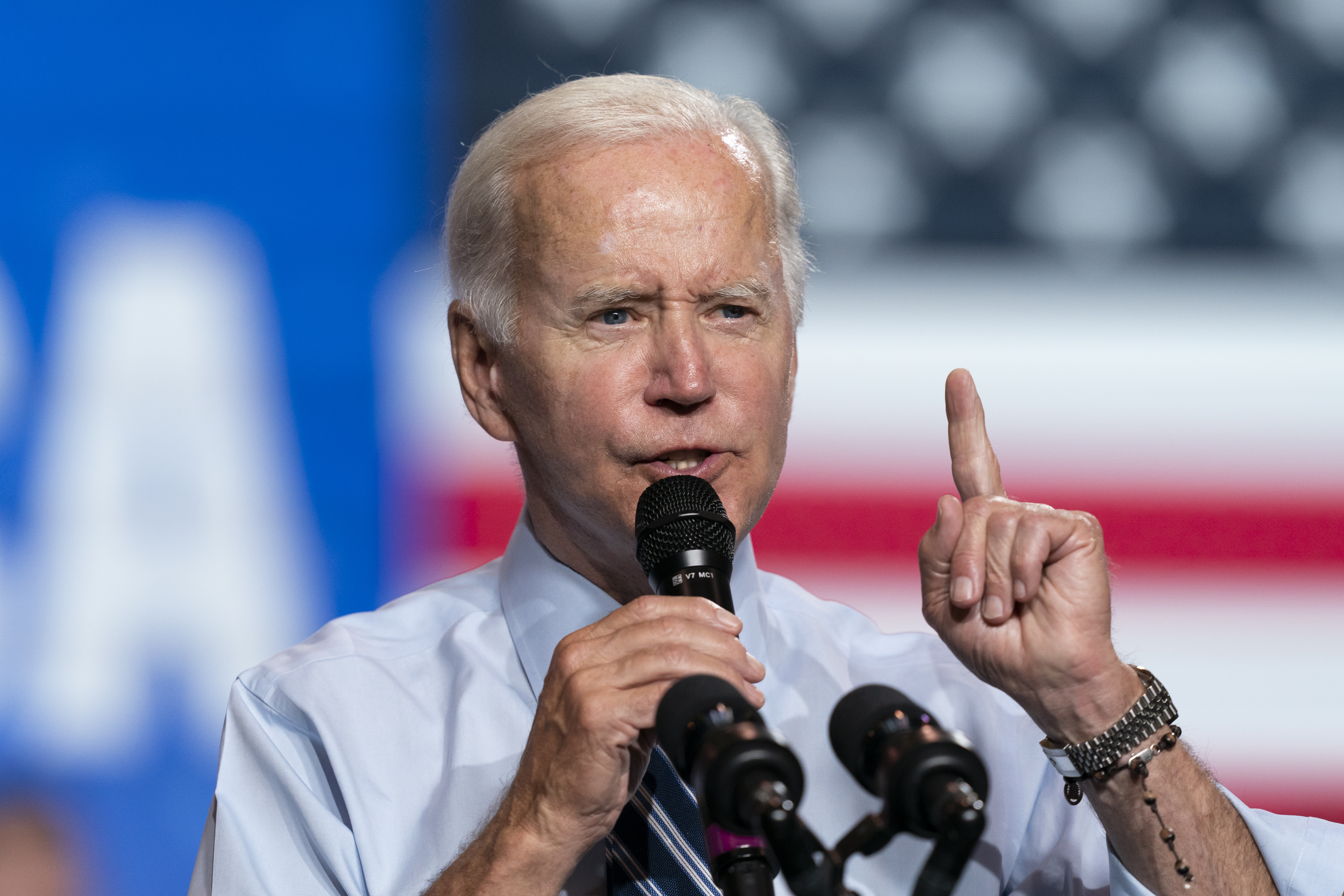 While Biden’s travel plans have been billed as a Labor Day celebration, these stops will also kick off the start of the fall campaign in the final stretch before midterm elections. His recent return to the campaign trail also comes on the heels of a series of legislative victories and a small bump in his poll numbers, after months of descending approval ratings.

And in both states, Democrats are facing contentious midterm races. Democrat John Fetterman is running against celebrity doctor Mehmet Oz for the Pennsylvania Senate seat being vacated by retiring Republican Sen. Pat Toomey, while Democratic attorney general Josh Shapiro is facing off with Trump-endorsed Republican Doug Mastriano for the Harrisburg governor’s mansion.

Sen. Ron Johnson’s race in Wisconsin is also a tight one, with Democratic Lt. Gov. Mandela Barnes looking to take his seat. And Democratic Gov. Tony Evers will battle Republican Tim Michels in November, a result that could have major implications for abortion rights in the state if Wisconsin voters flip the governor’s mansion red.

It’s not yet clear how Biden’s travel plans will overlap with the Democratic candidates activities on Labor Day. In Wisconsin, Laborfest is a sprawling event that also takes place in Madison and Racine.

“The Lt. Governor is excited to participate in Laborfest events throughout Milwaukee, Madison and Racine. His priority is talking to Wisconsin voters and supporting the labor movement that gave his family a ticket to the middle class,” Barnes spokesperson Maddy McDaniel said in a statement.

Evers will attend Laborfest with the president, a person familiar with his plans told POLITICO.

In Pittsburgh, Shapiro will march with the “hardworking men and women of labor on Monday as he campaigns to defeat our extremist opponent,” his campaign said, adding that they “welcome President Biden back to his home state.” Fetterman will also participate in the city’s event, spokesperson Joe Calvello said.

“John will be marching in the Labor Day parade in Pittsburgh next week, and he looks forward to talking to the President there about the need to finally decriminalize marijuana,” Calvello said.

Biden’s Labor Day travels are also fitting for the president who has billed himself as the “most pro-union president.” The first years of his presidency have coincided with the pandemic-era of worker mobilization and unionization efforts from Kellogg’s to Starbucks and Amazon, and the president has leaned into his association with organized labor more than any president in modern times.

Holly Otterbein contributed to this report.