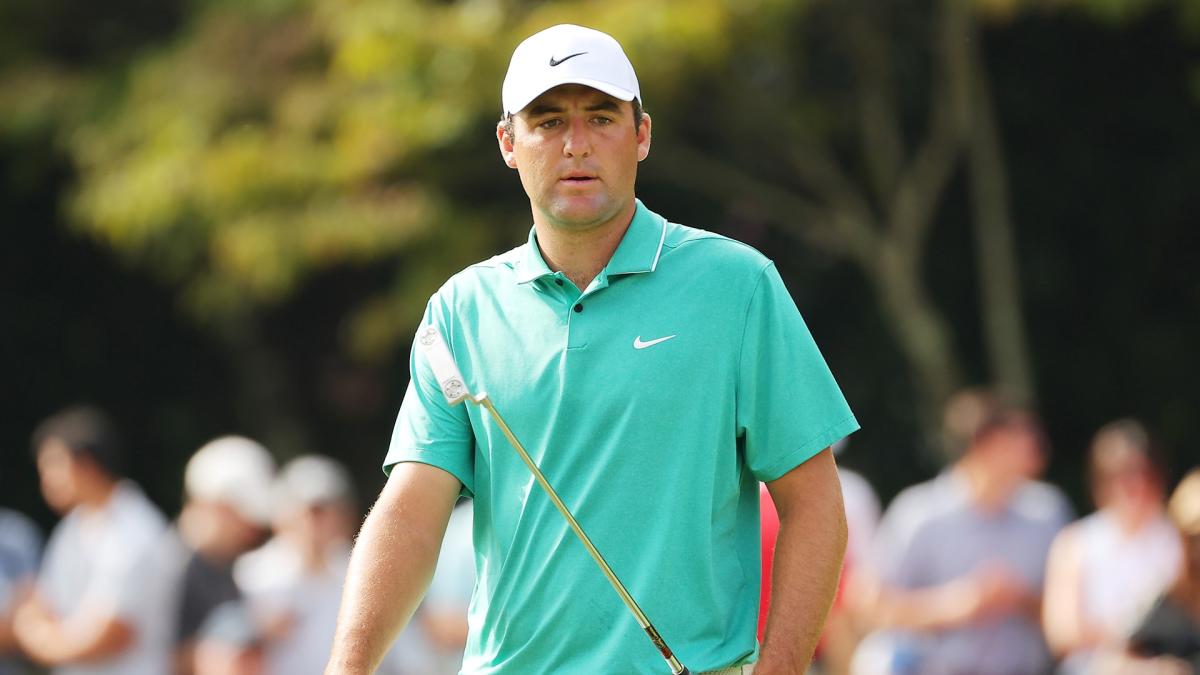 The world No. 1 was even par for his round through 12 holes at the PGA Tour’s finale and clinging to a one-stroke lead when the weather-warning horn sounded for the second time Saturday at the Tour Championship, sending the field scrambling for shelter. Shortly afterward, officials suspended play for the day, and Scheffler had his reprieve.

When Scheffler, who began the week at 10 under thanks to the circuit’s strokes-based scoring format at the finale, returned early Saturday to complete his third round, he quickly got back on track with a 5-footer for birdie at the 13th hole. He added three more birdies at Nos. 15, 17 and 18 for a third-round 66 that left him six shots clear of Xander Schauffele and Rory McIlroy.

The overnight delay had the opposite impact on Schauffele, who had pulled to within a shot of the lead before play was halted on Day 3. When the round resumed, Schauffele’s putter had gone cold with missed birdie chances at Nos. 13 (8 feet), 15 (8 feet) and 16 (14 feet) and a missed par attempt at No. 14 (10 feet). He closed with a 70 for his worst round at East Lake since the final round in 2019.

“A lot of everything, long putts, bogeys, birdies,” Schauffele said. “Was not able to capitalize on anything coming in in this restart.”

Rory McIlroy, who began his week with a triple bogey-7, made the round’s biggest move with a 63. The Northern Irishman is vying for his third title at East Lake following victories in 2016 and ’19.

“I think experience and memories are on my side, I guess, from ’16 and ’19,” McIlroy said. “I’m probably going to start a few shots back than where I would like to. I’d like to be a couple closer to the lead. But Scottie has got that advantage because of how well he’s played all year.”