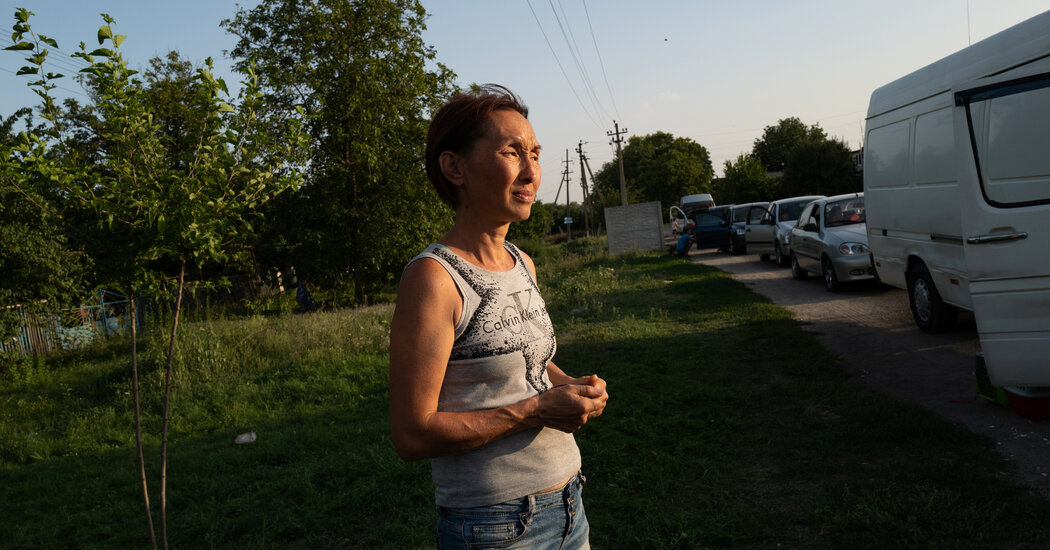 KYIV, Ukraine — For weeks, Russia and Ukraine have blamed each other for firing artillery at the Zaporizhzhia nuclear plant in southern Ukraine, the largest power station in Europe, in a series of attacks that imperil not just the region, but also the whole world.

As the power plant inches toward a possible crisis, both sides have acknowledged the risks of a potential nuclear accident and continued fraught negotiations this weekend to let United Nations inspectors visit the site — and yet the bombardment continued.

Increased barrages near the plant struck towns, ammunition dumps and a Russian military base in intense fighting Sunday morning, Ukrainian officials said, raising questions about whether the area would ever be secure enough to allow inspectors anywhere near the plant.

The International Atomic Energy Agency, the United Nations’ nuclear watchdog, has assembled a team of experts with the hope that they would travel to Zaporizhzhia “in the next few days,” officials said, but noted that talks were ongoing.

The team would assess physical damage to the plant, determine whether the main and backup safety and security systems were functional and evaluate the staff’s working conditions, the agency said in a statement.

The plant is controlled by the Russian military but operated by Ukrainian engineers working at gunpoint, according to Ukrainian officials.

Artillery shells have already hit the Zaporizhzhia nuclear plant, damaging auxiliary equipment and power lines but not the reactors. Russia has denied firing near the reactors while witnesses interviewed after fleeing to Ukrainian-controlled territory have described Russian positions shelling toward the site.

The strikes have heightened fears of a nuclear accident in this area, an expanse of farm fields along the banks of the Dnipro River. Already, Ukrainian officials have rushed to hand out potassium iodide to tens of thousands of people living near the plant. The drug can protect people from radiation-induced thyroid cancer.

Russian forces fired rocket artillery and howitzers on Saturday night at the Ukraine-controlled town of Nikopol, across the way from the plant on the opposite side of the Dnipro River, which separates the two armies in the area, said Valentin Reznichenko, a local military official. The strikes damaged houses and cars and knocked out electricity for 1,500 residents, he said in a post on Telegram.

In a separate assault on the town, Russian helicopters fired rockets, according to the Ukrainian military, which reported damage to a house but no casualties.

The Russian Defense Ministry said its air force had hit Ukrainian workshops where helicopters were being repaired in the surrounding Zaporizka region, according to the Russian state news agency RIA Novosti. The claim could not be independently verified.

Over the weekend, President Vladimir V. Putin of Russia signed decrees providing Ukrainians with financial benefits and the right to work, widening the Kremlin’s efforts to integrate those living in Russia and the territory it occupies.

In one decree, the president gave Ukrainians the right to stay and work in Russia without a time limit or special work permit, provided they meet certain requirements, including passing a drug test, a state media outlet in Moscow reported.

The other measure establishes a monthly pension of about $170 for people who have been forced to leave Ukraine since Feb. 18, a week before Russia launched its invasion and plunged the region into war. It also provides monthly pensions for disabled people and a one-time payment to pregnant women.

The decrees are the latest in a series of moves by the Kremlin apparently intended to knit the occupied territories in Ukraine’s east and south closer to Russia. Moscow has been offering Russian passports to Ukrainians in those regions, asking people to use the ruble as currency and rerouting the internet through Russian servers.

Kremlin-appointed officials in the occupied territories are also preparing to hold tightly controlled referendums in which the outcome of the vote is preordained to justify annexing those regions as part of the Russian Federation, John F. Kirby, spokesman for the National Security Council, told reporters last week.

From the start of the war, people from Russian-held territories in Ukraine have been moving in large numbers into Russia. Some evacuated willingly, fleeing the chaos and danger of the invasion, but others were deported or compelled to move, Ukrainian officials said.

Russia has acknowledged that 1.5 million Ukrainians are now in Russia and has asserted that they were evacuated for their safety.

Ukrainian and U.S. officials, however, have accused Russia of forcibly deporting hundreds of thousands of people, including children.

The monthlong conference — on upholding and strengthening the 50-year-old global Treaty on the Nonproliferation of Nuclear Weapons — is held every five years and had once been seen as a chance to deal with loopholes that have allowed a resurgence in the spread of nuclear weapons.

Expectations for breakthroughs this month were low. The last conference also failed to result in a consensus document.

A high-ranking Russian diplomat in Moscow’s delegation, Andrey Belousov, blamed the lack of agreement on efforts by other nations to use the document “to settle scores with Russia by raising issues that are not directly related to the treaty.”

U.S. officials made clear that they viewed Russia’s objections as related to Ukraine.

“We were not able to achieve a consensus document because of the inexplicable choice of one state,” the U.S. special representative for nuclear nonproliferation, Adam Scheinman, wrote on Twitter. “The U. S. deeply regrets Russia’s refusal to acknowledge the grave situation in Ukraine. It is absurd that Russia could not do so.”