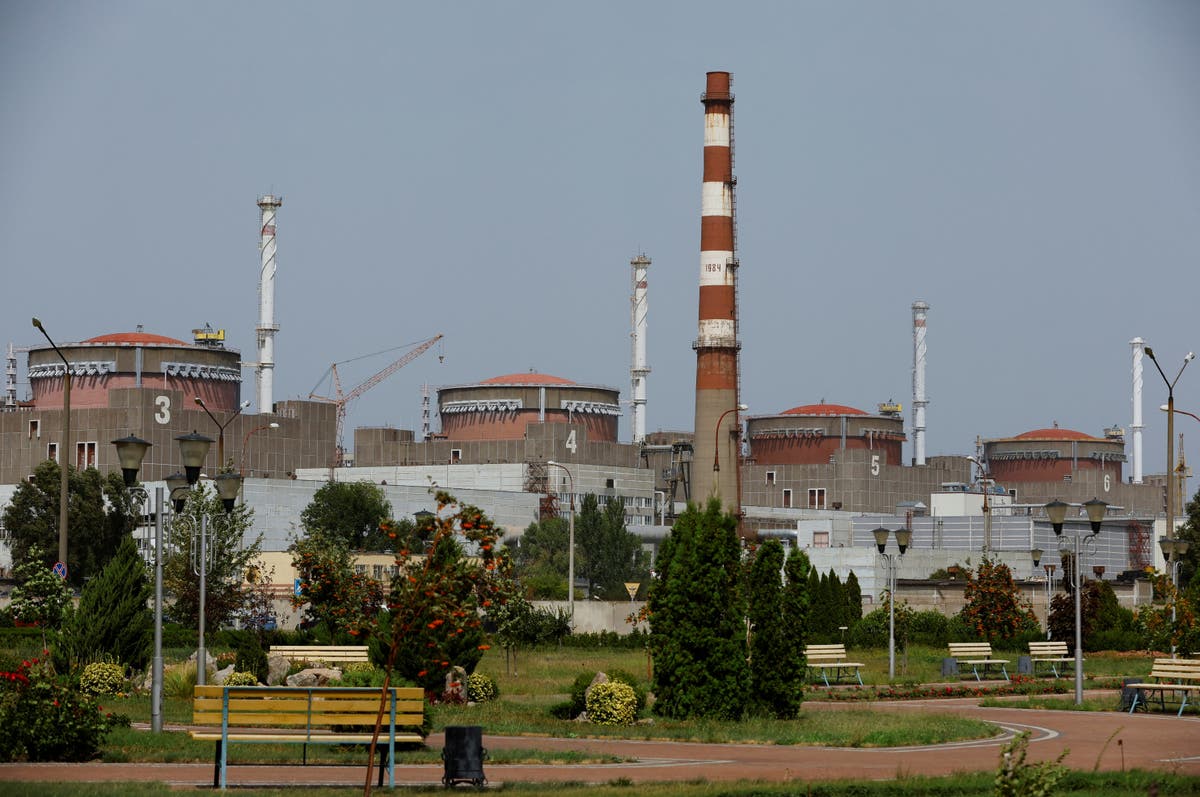 Ukraine has warned of a danger of hydrogen leakage following shelling by Russian troops.

The country’s energy agency warned a nuclear power plant currently controlled by Vladimir Putin‘s troops is in danger of “hydrogen leakage and sputtering of radioactive substances”.

Energoatom – a state-run agency which runs all four of Ukraine’s nuclear facilities – revealed that two power units at Zaporizhzhia have been reconnected to the country’s grid.

The agency wrote on its website: “At the same time, due to the presence of the russian military, their weapons, equipment and explosives at the power plant, there are serious risks for the safe operation of the ZNPP.

“As a result of periodic shelling, the infrastructure of the power plant has been damaged, there are risks of hydrogen leakage and sputtering of radioactive substances, and the fire hazard is high.”

Moscow and Kyiv traded fresh accusations on Saturday of shelling around the Russian-controlled Zaporizhzhia nuclear power plant in Ukraine, which has been a focus of international concern that fighting in the area could trigger a disaster.

Zaporizhzhia, Europe’s largest nuclear power plant, has been controlled by Russian forces since early March. Ukrainian staff continue to operate it and in recent weeks the two sides have traded blame for shelling near the plant.

Ukraine’s president Volodymyr Zelensky said on Friday the situation at Zaporizhzhia remained “very risky” after two of its six reactors were reconnected to the grid following shelling that caused the nuclear plant to be disconnected for the first time in its history.

Energoatom said on Friday evening that both of the plant’s two functioning reactors had been reconnected to the grid and were again supplying electricity after they were fully disconnected on Thursday.

Russia, which invaded Ukraine in February, took control of the nuclear plant in March, though it is still operated by Ukrainian technicians working for Energoatom.

The Russian ministry, in its daily briefing, also said it had destroyed a large ammunition depot in Ukraine’s Dnipropetrovsk region that had contained US -made HIMARS rocket systems and shells for M777 Howitzers.

The Russian Air Force shot down a MiG-29 aircraft in the eastern Donetsk region, the ministry said, and destroyed another six missile and artillery weapons depots in the Donetsk, Mykolaiv and Kherson regions.