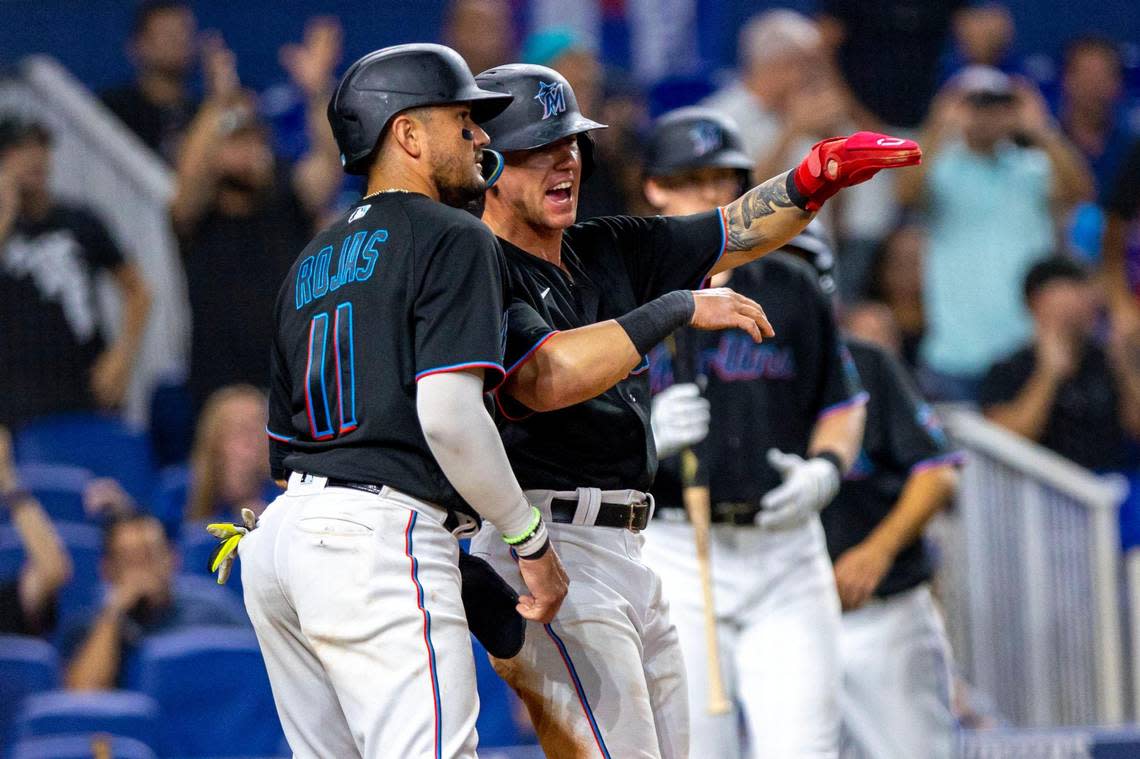 The thought of having to use a bullpen day on Friday, the Miami Marlins’ first game of a four-game series against the Los Angeles Dodgers, did not necessarily excite Don Mattingly on Friday. There’s an inherit risk with the approach. A bad outing by even one or two pitchers could compromise the rest of his relief pitcher corps for the remainder of the series.

“It’s not a great situation,” the Marlins manager said, “but it’s where we’re at. … We thought this was the best way to give us our chance to win today.”

Despite the offense rallying back on three separate occasions, Miami dropped the series opener to the Dodgers 10-6 in 10 innings at loanDepot park.

The Marlins also used eight pitchers in the process, with every reliever except for Richard Bleier taking the mound.

The Dodgers scored five runs off rookie Andrew Nardi in the 10th. With Chris Taylor starting on second base as the Dodgers’ automatic runner, a Cody Bellinger leadoff infield single put runners on the corners.

Mookie Betts, who hit a pair of home runs earlier in the game, then drove in Taylor from third with a double to left field. Back-to-back one-out singles from Trea Turner and Freddie Freeman drove in two more runs before Max Muncy’s two-out double capped the Dodgers’ 10th-inning onslaught.

JJ Bleday hit a two-out double in the 10th to push Miami within four runs but Peyton Burdick grounded out to end the game.

Burdick hit a game-tying home run off David Price to lead off the bottom of the ninth to force extra innings. Miguel Rojas and Brian Anderson both reached with one out on consecutive Dodgers fielding errors but were stranded after Joey Wendle moved both of them up 90 feet with a groundout back to the mound and pinch-hitter Charles Leblanc hit an inning-ending flyout after an 11 pitch at-bat.

Wendle had a season-high three RBI on a two-run double in the sixth and a two-out, bases-loaded infield single on a groundball tapped just three feet in front of home plate. Rojas had an RBI single in the seventh two batters before Wendle.

Tommy Nance, Huascar Brazoban and Bryan Hoeing each threw two innings and together held the top lineup in baseball to just one run on four hits and three walks while striking out four before Miami turned to its three usual high-end relievers.

Nance stranded the bases loaded in the first. Brazoban escaped a two-on, one-out jam in the fourth by striking out Cody Bellinger and Trayce Thompson. Hoeing, who gave up seven runs in three innings in his MLB debut against the Dodgers last weekend, threw a nine-pitch fifth inning and held the Dodgers to one run in the sixth on a Chris Taylor sacrifice fly after putting runners on the corners with one out.

The rest of the damage before extra innings came on Betts’ two home runs — a two-run shot against Dylan Floro in the seventh and a solo shot off Tanner Scott in the ninth, with a scoreless eighth inning worked by Steven Okert in between.

Scott left after loading the bases with two outs in the ninth and Justin Turner hit a go-ahead RBI single off Cole Sulser before the Marlins tied the game to force extra innings, where everything fell apart.

▪ Outfielder Avisail Garcia (left hamstring strain) is scheduled to begin a rehab assignment with Triple A Jacksonville on Saturday.

▪ Right-handed pitcher Sixto Sanchez has shoulder inflammation and is scheduled to receive a Cortisone shot on Monday.

Sandy Alcantara (11-6, 2.19 ERA) gets a chance at redemption against the Dodgers after giving up a season-high six earned runs while pitching a season-low 3 2/3 innings at Dodger Stadium on Sunday. Los Angeles will send Dustin May (0-0, 0.00) ERA to the mound for his second start of the season — and second against the Marlins.