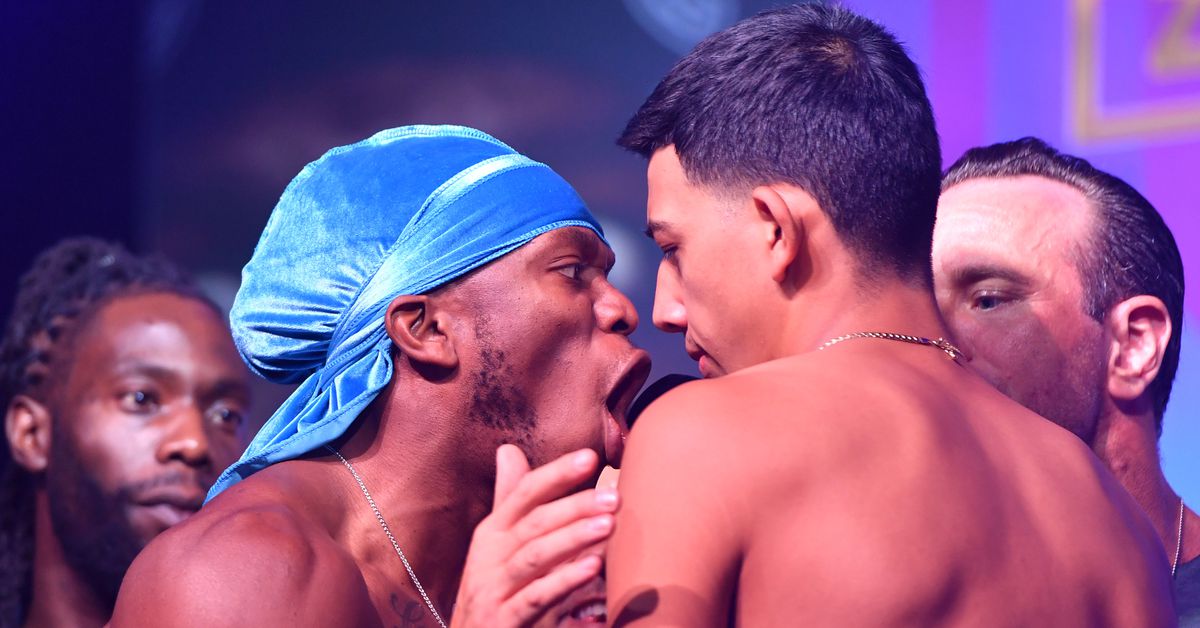 MMA Fighting has KSI vs. Swarmz and KSI vs. Pineda results from the KSI 2 Fights 1 Night fight card Saturday night from the O2 Arena in London, England.

Popular YouTuber and rapper KSI will attempt to box two different opponents in one night. KSI is 1-0 as a professional boxer, having defeated fellow influencer Logan Paul via split decision in November 2019. Prior to that, he also went 1-0-1 as an amateur boxer, knocking out Joe Weller then fighting to a majority draw in his first match with Paul.

Swarmz, a British rapper, is making his professional boxing debut.

Luis Alcaraz Pineda, a boxer fighting out of Mexico, is 2-5 as a professional.

Deen the Great vs. Evil Hero