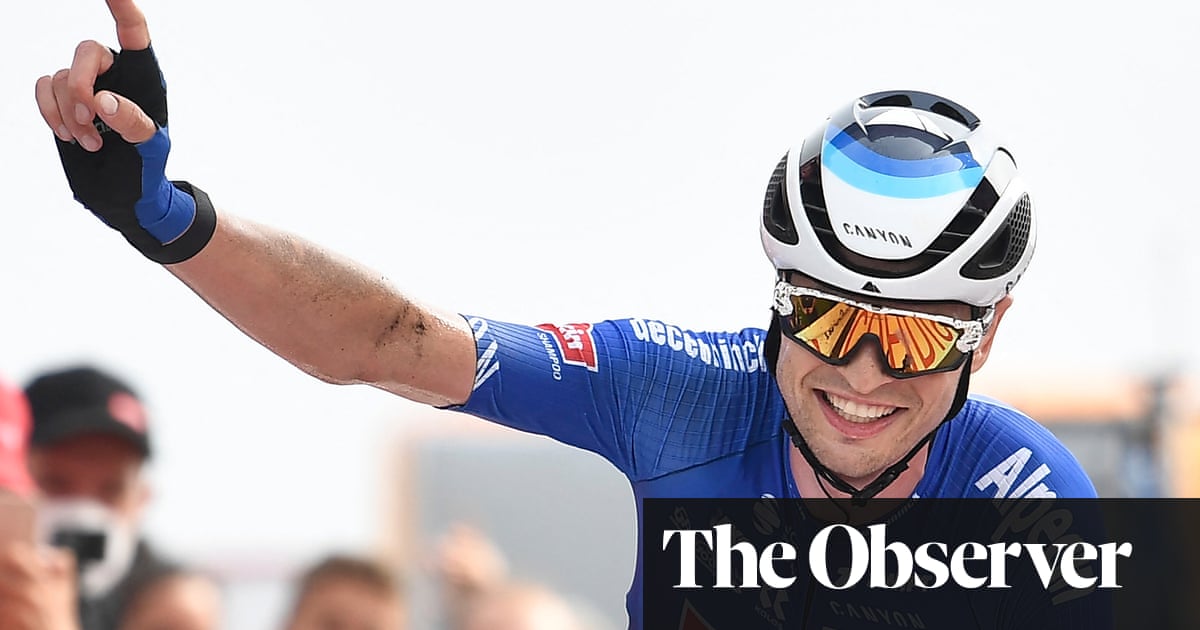 Australia’s Jay Vine claimed stage eight of the Vuelta a España with an impressive solo climb as the Belgian Remco Evenepoel maintained his advantage at the top of the general classification for Quick-Step Alpha Vinyl.

It was a second stage win in three days for Vine, who made his move and sped away from the breakaway group with 6km to go, finishing ahead of UAE Team Emirates’ Marc Soler, who threatened with a late surge, and Rein Taaramee of Intermarché–Wanty–Gobert.

“It’s incredible, I think I’ve just got so much more confidence after the first [win]. I’ve got that monkey off my back and it just felt so much more natural riding in the group today,” said Vine of Alpecin–Deceuninck. “All the pressure was off me, I had two goals and if one didn’t pay off I always had the King of Mountains jersey to fall back on. I had a lot more confidence in myself and just enjoyed myself – today was such a fun day.“

Evenepoel, Movistar’s Enric Mas and Primoz Roglic of Jumbo–Visma all finished on the same time, allowing the Belgian to preserve his 28sec lead over Mas in the race for the red jersey. Roglic is in third, 1min 1sec behind Evenpoel.

The 153.4km stage from Pola de Laviana to Colláu Fancuaya proved to be another difficult outing for some of the other contenders, as João Almeida, Juan Ayuso, Hugh Carthy and Jai Hindley all lost more than 50sec.

Action continues on Sunday when the riders tackle the 171.4km course from Villaviciosa to Les Praeres.