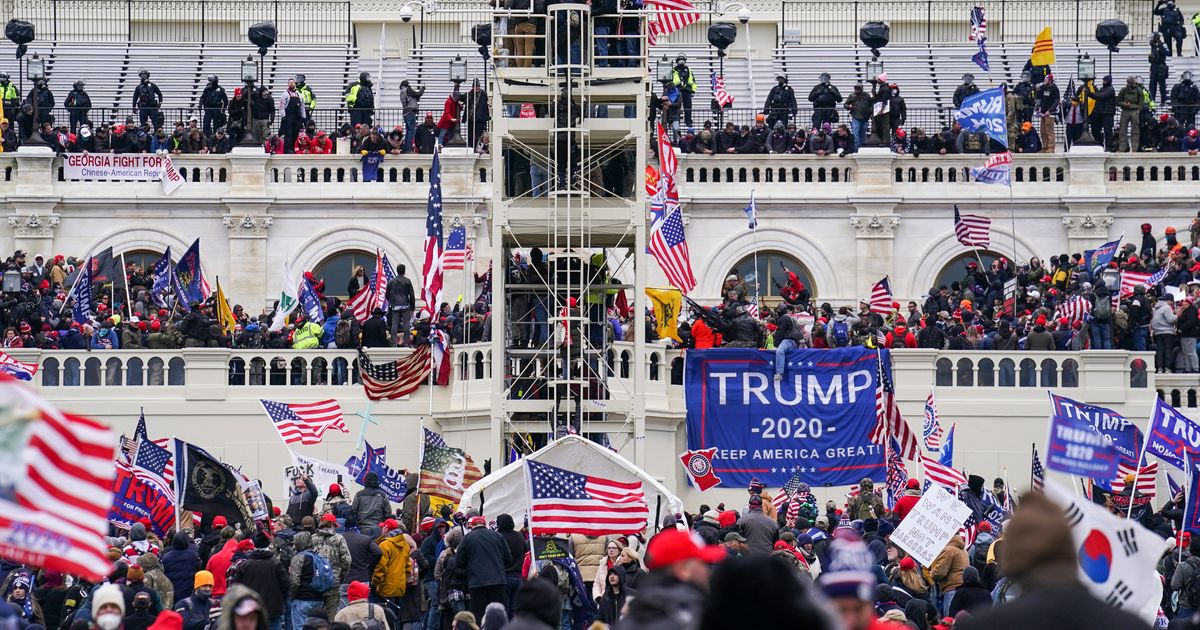 A Pennsylvania man who beat a Washington, D.C., police officer with a Trump flag during the Jan. 6, 2021, Capitol attack was sentenced Friday to 46 months in prison, federal officials said.

Howard Richardson, 72, pleaded guilty earlier this year to assaulting, resisting or impeding officers at the Capitol, according to the Department of Justice.

Richardson waved a flag emblazoned with Trump’s name when he breached a restricted area of the Capitol, then he used the pole to strike a police officer several times, officials said.

“He raised it and forcefully swung it downward to strike an officer with the Metropolitan Police Department who was standing behind a metal barricade,” according to a Justice Department statement. “Richardson then struck the officer two more times, using enough force to break the flagpole.”

After that, Richardson then pushed a “large metal sign into a line of law enforcement officers” along with other rioters, officials said.

Richardson told the FBI he was “pissed off” about the 2020 presidential election and angry about alleged voter fraud, NBC reported.

Richardson was arrested in November 2021 and pleaded guilty in April.

After he serves his nearly four-year prison sentence, Richardson will also be subject to three years of supervised release. He must also pay $2,000 in restitution.

The sentence is one of the longest handed down out so far in the Jan. 6 insurrection.

Earlier this month, Thomas Robertson, an off-duty Virginia police officer who stormed the Capitol with a fellow officer, was sentenced to more than seven years in prison, matching the longest prison sentence so far among hundreds of Capitol riot cases.

But Justice Department officials are seeking the longest prison sentence yet against a Jan. 6 rioter, 17 years, for ex-police officer and former Marine Thomas Webster, who was found guilty in May of five felonies and a misdemeanor for his participation in the Capitol siege, including assaulting, resisting or impeding an officer using a deadly or dangerous weapon, and engaging in an act of physical violence on Capitol grounds.

The sentence would be nearly double the longest prison sentence handed down by a court in a Jan. 6 case to date, CBS News reported.

Webster’s sentencing is scheduled for next Friday.

More than 860 people have been arrested since Jan. 6 in connection with the attack, according to the Justice Department. More than 260 of them have been charged with assaulting or impeding law enforcement.