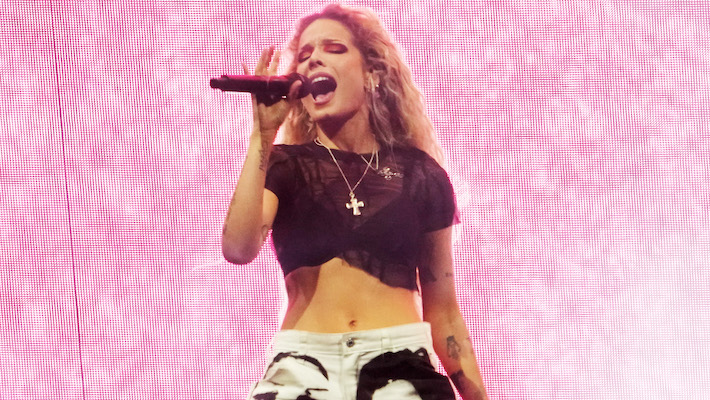 Halsey was one of the headliners at the Leeds leg of Reading & Leeds Festival on Friday night, but the day did not start the way they expected. Prior to their set, Halsey was in the medical tent being treated for what they called, “Terrible food poisoning” and somehow recovered in time to make it on stage to perform for tens of thousands of spectators at the British mega music festival.

“I have no idea how I’m still alive after my Leeds set,” Halsey posted on their Instagram Story. “I have terrible food poisoning STILL! It started yesterday at 2pm and I somehow made it on stage (after the medical team at the festival were soooo helpful!).”

“I have played shows under some messed up conditions but last night might be the worst in recent memory. Felt like I was on Jupiter the whole time,” they continued. “Thank you for being so cool and letting me basically do whatever just to survive the set! You guys would have been an unreal crowd under ANY circumstances let alone these. Time to rest now 4 Reading tomorrow.”

It’s pretty wild to consider than not only did Halsey make it out on stage at Leeds, but also doesn’t plan on skipping a beat and is motoring on to their Saturday night set at Reading. In a subsequent post, Halsey confirmed that the show will in fact go on: “Thanks for being so awesome Leeds. gonna rest all day and show up in tip top shape for Reading tomorrow.”