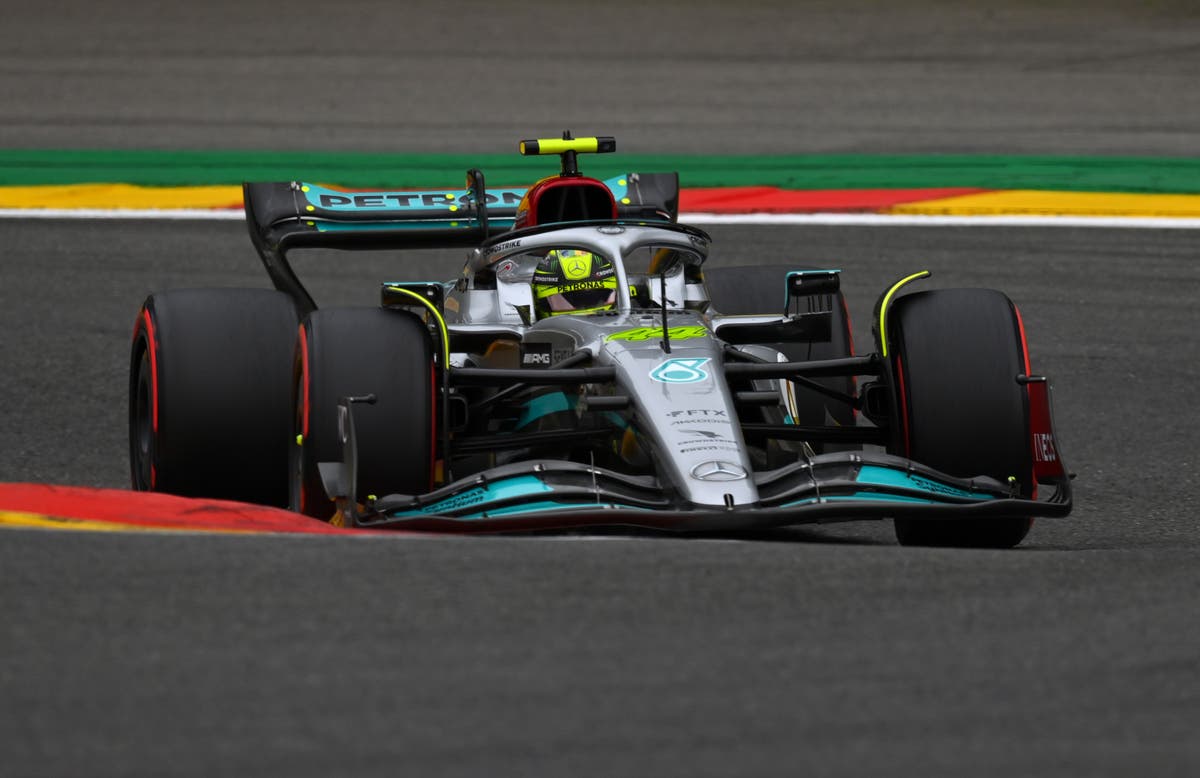 The Formula One season returns after the summer break this weekend with the Belgian Grand Prix at the famous Spa-Francorchamps circuit with Max Verstappen 80 points clear of Charles Leclerc in the standings.

The 2021 world champion has won eight of the opening 13 races this season, the latest coming at the Hungarian Grand Prix a month ago after a dominant performance as the Belgian-Dutch stormed through the field from P10. F1’s return in Belgium will take place following some big news to end of the summer break with Daniel Ricciardo leaving McLaren at the end of this season, paving the way for Oscar Piastri to move to McLaren after the 2021 F2 champion dramatically rejected a seat at Alpine.

In practice on Friday, Sainz was fastest in FP1 with Verstappen quickest in second practice. However, Verstappen and Leclerc are among six drivers who have taken power unit penalties for this weekend, meaning they will start at the back of the grid for Sunday’s race. Sergio Perez went fastest in FP3 on Saturday; qualifying takes place at 3pm (BST).

Follow all the action as it happens with The Independent:

Formula One boss Stefano Domenicali says the Belgian Grand Prix could survive the chop from next season’s calendar. The future of the race staged at the iconic Spa-Francorchamps venue – last year cancelled after just two rain-hit laps behind the safety car – is mired in doubt as F1 chiefs continue to expand the sport’s schedule. A record 24 races have been mooted for next year.

But speaking ahead of this weekend’s grand prix in Belgium, the first following F1’s four-week summer shutdown, Domenicali said: “I saw a comment that Sunday’s race in Belgium would be the last, but I would be very prudent on that. Discussions are still on.

“We are working and discussing with other promoters to see if they are ready for a full commitment on next year but the balance is to find a mix of races with one third in Europe, one third in the Far East and the other third in America and the Middle East.

“We have always said that the traditional races, even though they cannot bring the same money as the others, have full respect from us, and you will see that is respected this year but also in the future.”

A debut race on the Las Vegas strip has already been confirmed for 2023, while the return of the South African Grand Prix in Kyalami is also a prospect. However, it is unclear if the Kyalami venue, last used by F1 19 years ago, will be up to scratch for next season, handing a potential reprieve to Spa.

Lewis Hamilton has raised the prospect of ending the leanest spell of his Formula One career by winning Sunday’s Belgian Grand Prix. The second half of the season starts in Spa-Francorchamps this weekend, kicking off a run of nine races in a dozen weeks. Hamilton is 112 points behind runaway championship leader Max Verstappen following a poor start to the season for the seven-time world champion and his Mercedes team.

But the British driver headed into the summer shutdown off the back of five consecutive podiums – including back-to-back runner-up finishes at the most recent rounds in France and Hungary.

Hamilton’s hopes of ending his 14-race losing streak could also be aided here if Red Bull’s Verstappen and Ferrari’s Charles Leclerc and Carlos Sainz elect to take on new engines, demoting them to the back of the grid.

And asked if he feels he is getting closer to a win, Hamilton, 37, said: “I definitely do. We have been improving and we have become consistent in recent races. The team is pulling together, making great progress and we are continuing to push.

“The car has become more of a racing car, and not what it was at the beginning of the year. That is positive, and the last race [Hamilton’s team-mate George Russell finished third] was the best showing that we have had so far.”

Hamilton’s hopes of ending his 14-race losing streak could also be aided if Max Verstappen, Charles Leclerc and Carlos Sainz elect to take on new engines

Audi will join Formula 1 from 2026 as a power unit supplier, following an announcement on Friday morning. New F1 power unit regulations for 2026 – featuring increased electrical power and 100% sustainable fuels – have been designed to make entry into the sport more attractive for newcomers and the German manufacturer are the first confirmed new entry for four years’ time.

Audi say they will announce a decision on which team they will be “lining up with in 2026 by the end of this year”, with the company expected to take a controlling interest in Swiss-backed Sauber (currently racing as Alfa Romeo) and enter as a full manufacturer.

Just hours after Audi’s announcement, Alfa Romeo announced it will end its Formula 1 ties with Sauber from the end of next year. “I am delighted to welcome Audi to Formula 1, an iconic automotive brand, pioneer and technological innovator,” said F1 CEO Stefano Domenicali, at a launch at the Belgian Grand Prix at Spa-Francorchamps.

How can I watch it online and on TV?

The entire race schedule from Saturday to Sunday will be broadcast live on Sky Sports F1 with qualifying on Sky Sports Main Event too. Highlights will be aired on Channel 4; for qualifying and the race at 6:30pm (BST) on Saturday and Sunday respectively.

If you’re not a Sky customer you can grab a NOWTV Day Pass here to watch without a subscription.

We may earn commission from some of the links in this article, but we never allow this to influence our content. This revenue helps to fund journalism across The Independent.

Sergio Perez goes fastest in the final few seconds and is top – 0.137 seconds ahead of Red Bull team-mate Max Verstappen!

Carlos Sainz is in third, with Lando Norris fourth and Fernando Alonso fifth.

Russell 6th, Hamilton all the way down in 12th…

We’re back underway pretty sharpish – that red flag was thrown slightly too early there!

Four minutes to go, the drivers will get a final chance or two to impact the timesheets…

Charles Leclerc has spun into the gravel and has *lightly* crashed into the barriers!

The Monegasque has managed to keep his Ferrari running and has limped back to the pits, though he tells his engineer that he doesn’t think there’s any damage!

The session is red flagged but the clock keeps running – that might be IT for FP3!

Another scary moment for the Championship contender…

Just 15 minutes left in third practice and normal order is resumed – Max Verstappen is at the top of the leaderboard, five-tenths ahead of Red Bull team-mate Sergio Perez.

Sainz 3rd, Leclerc 4th. Alex Albon is the best of the rest in fifth, with Hamilton all the way down in 13th. All cars on softs now so the order could well change…

BREAKING: Zhou Guanyu the latest to take an engine penalty and start at the back of the grid.

Meanwhile at the front of the pack, Sergio Perez tops the timesheets with the Ferraris of Carlos Sainz and Charles Leclerc behind him.

Fifteen minutes gone and two surprise names at the top at the moment – the Alfa Romeos of Zhou Guanyu and Valtteri Bottas! Lance Stroll, who was quick yesterday, is in third with Sebastian Vettel in fourth.

George Russell is struggling to get temperature into his tyres early on here – the same issue he was complaining about yesterday. It’s a big day for Mercedes, they have a big chance to make an impact in qualifying given the penalties to Verstappen and Leclerc!