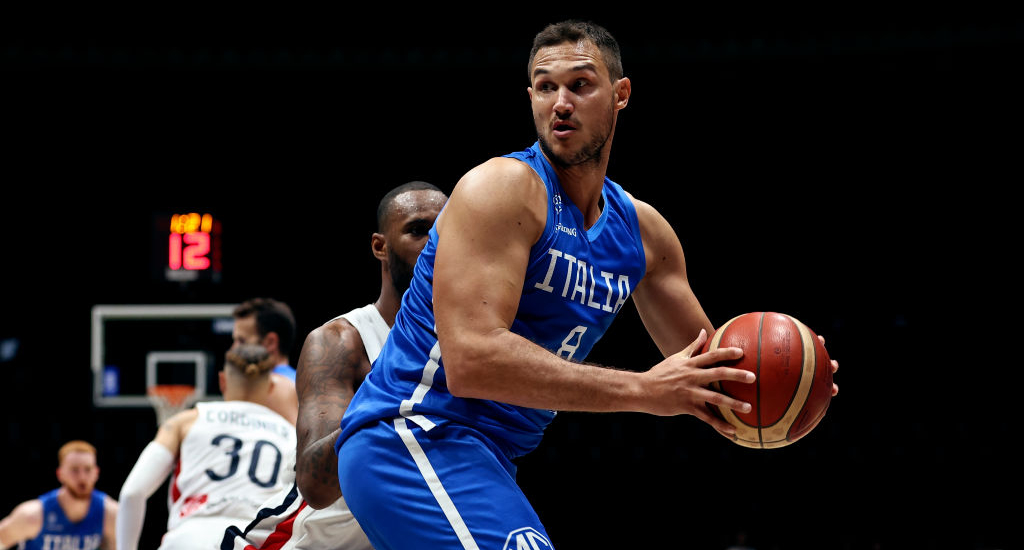 Danilo Gallinari is among the many NBA veterans currently playing in the FIBA World Cup European Qualifiers, as he is among the leaders for Italy, but on Saturday in a group stage game against Georgia, the newest member of the Boston Celtics left with a potentially serious injury.

On a fourth quarter fast break, Gallinari got the ball in the middle of the floor and planted his left leg to make a move to his right, immediately pulling up and holding his left knee after making the move. He would be attended to on the court and helped off of the floor, as fans of the Italian national team and the Celtics hold their breath waiting for an official update.

We won’t know the severity of the injury until an official update, but the non-contact nature of the way he got hurt raises the level of concern that it could cost him a significant chunk (if not all) of next season. Gallinari is getting ready to enter his 15th season in the NBA and first with the Celtics after he was traded from Atlanta to San Antonio in the Dejounte Murray deal before being waived and signing with the defending East champs.

The veteran forward was hopeful to provide some additional scoring pop off of the bench for the Celtics, but a knee injury now brings doubt as to when he might make his Boston debut.

UPDATE: The fear, per the Italian national team coach, is that Gallinari has suffered torn ligaments in his knee.

🇮🇹 UPDATE: By Gianmarco Pozzecco’s words, head coach of Italy, the feeling is that Danilo Gallinari tore his left cruciate ligaments. Nothing official yet. “I hope and I pray that nothing bad will come out. It was… it is an honor coaching him. I saw pain in his eyes”, he said.