Kia is following up its smash hit EV6 electric crossover with the EV9 SUV and has just dropped a series of pics showing it working out ahead of next year’s launch.

The Korean automaker previewed the three-row SUV with the Concept EV9 at the 2021 Automobility LA show in Los Angeles last year, but is now gearing up for the production version’s global debut in the first quarter of 2023.

And the great news is the SUV we’ll be able to buy looks almost indistinguishable from the show car. Yes, there are detail differences like visible (but flush-fit) door handles on the working prototype, and the rear doors open conventionally rather than being hinged at the back. But the overall shape, the boxy arches, the AMC Gremlin-style rear window kink, and even the grille and headlamp arrangement appears to have been carried over mostly unchanged.

We don’t get to see the rear of the prototype, but given how similar the rest of the development car looks to the prototype, we’ve no reason to think Kia will disappoint us. The Automobility LA car did also feature camera-based door mirrors, while the prototype has conventional mirrors, but the show car’s tech could well be fitted, or offered as an option, on higher trim levels.

Related: Kia EV9 Concept Prepares Us For New Electric 3-Row SUV The Size Of The Telluride 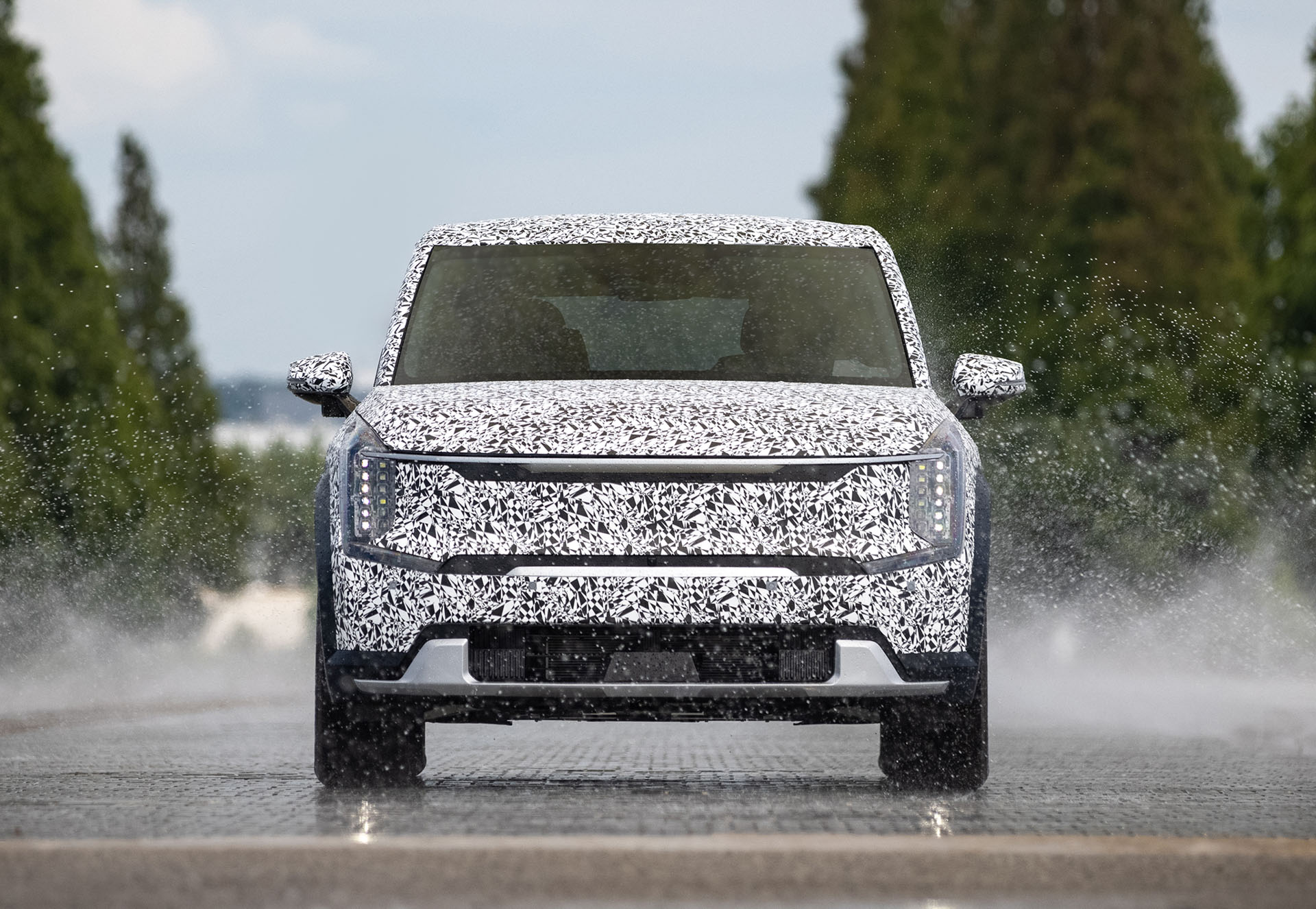 These images show a prototype vehicle undergoing testing at Kia’s global Namyang R&D center in Korea, where it’s being subjected to hill-climbing trials and high- and low-speed handling tests on dry and low grip surfaces, plus the dreaded Belgian pavé cobbled road surfaces that make even the tightest of cars feel like a baggy old Camaro. It’s interesting to note that Kia doesn’t mention wading performance though.

Kia does say that the EV9 has also been testing in other locations around the world, something we know because we’ve already spotted a prototype being put through its paces near Germany’s Nürburgring. But that development car’s fairly heavy disguise means these official Kia images give us a much clearer view of what the final car will look like when it lands in showrooms next spring.

If the production car’s measurements match those of the concept it will be around 194-inches (4.93 m) long, making it slightly shorter than the current Kia Telluride overall, but riding on a longer 122-inch (3.1 m) wheelbase. The concept promised up to 300 miles (482 km) on a full charge and could replenish its battery from 10 to 80 percent in 30 minutes.