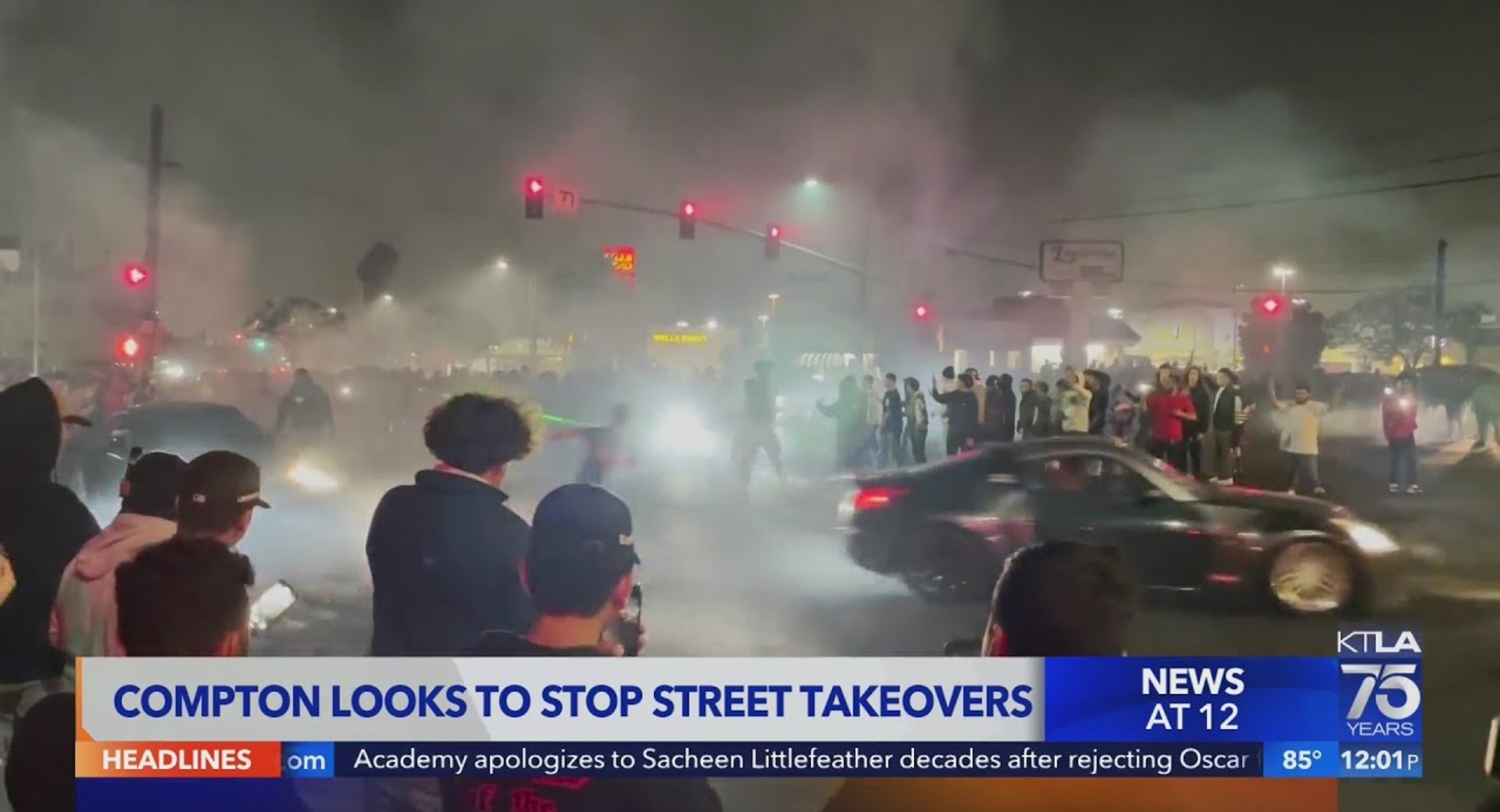 For many years, the battle between law enforcement and those who want to hoon their cars has been raging. Now, the city of Compton thinks it has an innovative new strategy to deter those who want to engage in illegal sideshows and similar activities. That solution is a cacophony of parking markers called Botts Dots.

Side shows pose a threat to both those participating as well as spectators as drivers slide, drift, and takeover streets with their vehicles. The practice has been growing not just in the United States but across the globe since the pandemic. Compton is now following the lead of Oakland which installed the same dots back in 2021.

City Council member Andre Spicer believes that the dots can at least stop drifting in intersections where they’re deployed. “These dots are supposed to stop the tires from spinning (burning rubber) which won’t allow cars to do donuts and tear up the streets and the property surrounding,” Spicer said in an Aug. 11 Facebook post.

At the same time, some community members aren’t too pleased to see the dots installed. One such individual, Ronale Beamone, a resident of Carson, told ABC7 that a broken dot was the cause of his flat tire.

“It’s very unfortunate you know, that people got to run over these things and get their tires flattened so if the city can, they can come fix them or do something about it,” he said. That’s not going to stop the city from continuing with its pilot program to see if it can deter the side shows.

Compton has already spent more than $4,000 on four different intersections and more could be in the pipeline should these prove successful. No timeline for that or exactly how the city will measure success was announced.

Of course, eliminating such sideshows and takeovers would be a clear victory but we also have no evidence of exactly how a drifting car behaves when it encounters the dots. In addition, it wouldn’t seem like much of a success if the individuals participating simply moved onto other intersections without the dots.