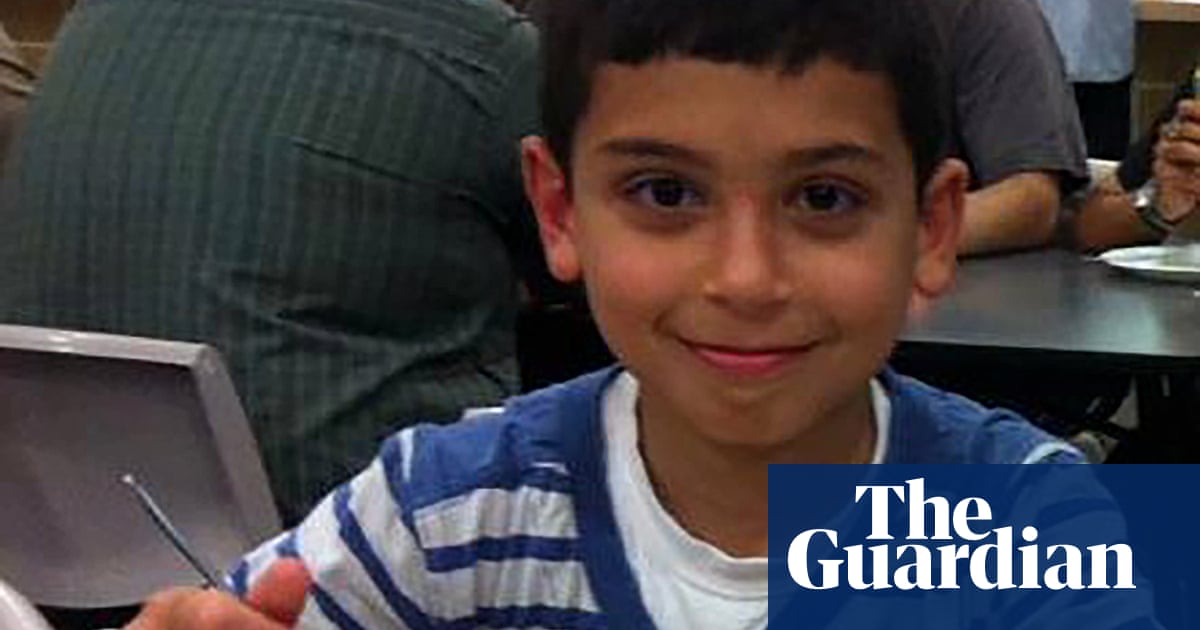 “They want us to surrender,” the boyish voice says. He speaks urgently, the din of a prison behind him. “It’s probably the last time I’m going to call you.”

And so it proved. That voice note, sent on the afternoon of 26 January, was the last his family ever heard from Yusuf Zahab, an Australian teenager caught in the middle of a deadly Islamic State attack in January on the prison where he was being held with 750 other boys, none ever charged with a crime.

Bleeding from his injuries, Yusuf, 17 years old at the time, had survived six days as a human shield between IS gunmen and Kurdish and US troops in a battle in Kurdish-controlled Syria that killed an estimated 500 people. He believed there was a window to finally escape. Then he vanished.

What Yusuf was doing in a western-funded jail, and the mystery surrounding his fate, raise uncomfortable questions about a group of children that governments in the UK and Australia would prefer to wish away: the boys left behind after the defeat of Islamic State’s caliphate.

In Sydney, Yusuf’s family presume he is dead, and now spend days and nights on the phone to Syrian fixers and the Australian government, seeking answers to a simple question – what happened to Yusuf?

‘Honestly, it was just disbelief’

He came from suburban Sydney, a world away from the Syrian battlefields that would swallow him before he reached adulthood.

“Yusuf had the most contagious smile, he was the most beautiful boy,” says Hala Zahab, Yusuf’s cousin. Because of their age difference, she felt like another mum to him. “He was like my own child,” she says.

An ordinary Australian upbringing – of camping, trampolines and gaming – was cut short in 2015, when Yusuf was taken overseas by his parents, ostensibly to visit their grandmother in Lebanon. “It wasn’t anything we were concerned about, to be honest,” Hala says.

But the months stretched on and the family stayed abroad and in November of that year, Hala received a visit from Australia’s security services. Yusuf, aged 11 at the time, had been plunged into IS-held territory with his parents, two older brothers and sister, the agents told her.

“Honestly, it was just disbelief,” Hala says. “Because my aunt and uncle … had a future here. They had a beautiful life.”

Yusuf’s family have told contrasting stories of why they joined IS, more than a year after the group had started advertising its atrocities in slick propaganda videos. Muhammad, the eldest son, had already crossed over years before, rising to become one of the group’s most senior Australian members. Hichem, Yusuf’s father,says he took the family to Syria grudgingly, to persuade his “brainwashed” son to leave. Others have claimed the family were tricked into going to the border and were forced over at gunpoint.

Whatever the truth of the matter, Hala says, what blame could be fixed on Yusuf? “He was a young boy,” she says. “He couldn’t make decisions on his own.” And yet he would pay the price.

In 2019, the Zahabs were among a stream of thousands of IS members fleeing the group’s final redoubt in Baghouz, north-eastern Syria. The surviving members of the family – Yusuf, his sister and their parents – surrendered at a checkpoint manned by western allies, the mostly-Kurdish Syrian Democratic Forces (SDF). His mother and sister were placed in one line, his father another. Yusuf, then 14, was pulled away into another group.

“He was too old to go with his mum to the camps,” Hala says. “So he was then separated. And we heard nothing … two years of nothing.”

That silence finally broke in November last year, when Hala was doing the laundry at her Sydney home, and her phone buzzed with a message from an unfamiliar number. It was a short, scattershot voice note, recorded in haste.

“Salamalaikum, how are you, it’s me Yusuf,” the voice said, familiar but huskier and cracking. “I’m good, I love you, I’m sorry I have no time – I just wanted to send you a message to tell you I’m good, hamdullillah, how are you, are you good?”

Hala shook as she listened. “I was just so excited,” she says. “I remember trying to – oh my god – text back, trying to get my phone to work … so I can respond to him in time, because I was aware of the fact there was no time.”

The fleeting contact confirmed her second-to-worst fear. Yusuf was alive, but he had spent two years detained in the youth wing of Gweiran prison in Kurdish-controlled Syria, a notorious facility housing about 3,000 of some of IS’s most hardened fighters. The teenager was in a grotty, overcrowded cell, where he had contracted tuberculosis.

“He was telling me that he gets body aches, joint pain,” she says. “He was saying it was so hard … [Asking] when can I come home? And I told him, we’re working on it. We’re pushing … We’re trying to get you home.”

Aid workers told her that Yusuf, by now 17, was struggling with nightmares, and other dreams that were not frightening but still tormented him, where he could see his mother and touch her and they could hug.

Governments have struggled for more than three years with the dilemma of the children who were taken by their parents to join IS, or those born to fighters, their wives and the women they enslaved.

Over time, a consensus has formed – including among many western security officials – that the threat of allowing young Britons, Australians, Canadians and others to grow up in violent prisons and camps outweighs the challenges of re-integrating them back home.

Nonetheless, Australia and the UK have been hesitant, repatriating eight and nine children respectively, a fraction of those returned by Russia (228), Germany (69) and France (70).

Hala, who formed a network with others in Australia whose former IS family members were detained in Syria, says her efforts to persuade the Australian government to help Yusuf were met with disinterest. “You’d get nothing. Either an automated response, or I’m sorry, we don’t have consular assistance in the area.”

In January this year, she started seeing news reports of an IS attack at the prison where Yusuf was detained. “I was terrified,” she says. “I was like, please, we have just gotten to him. Please don’t let anything happen to him.

“And then … I received a voice clip from him telling me, ‘I’m injured. There’s a helicopter shooting at the prison’ … He said: ‘I’m bleeding, I’ve lost a lot of blood. Please, what do I do?’”

The IS assault led to days of bloody fighting in and around the prison, leaving bodies, including those of children, scattered in the surrounding streets.

Desperate for help, and in coordination with Human Rights Watch, Hala and the family authorised the public release of two of Yusuf’s voice notes from inside the siege, the first time a boy imprisoned in the facilities has ever been heard.

“I just got shot by an Apache, my head is bleeding,” Yusuf says in the recording, broadcast around the world. “I’ve injured my head and my hand, there’s no doctors here who can help me. I need help, please.”

In his final message, saying he was about to surrender, he made two requests to his family: for help wherever he ended up next, and that they say hello from him to his mum. They had been separated nearly three years.

As the smoke cleared from the carnage at the prison, Hala braced for news about her cousin. “Months go by and you hear nothing,” Hala says. “Nothing, no news. And your heart starts to sink.”

In July, Yusuf’s mother, detained in a guarded camp for women and young children, received an ominous message from Kurdish authorities – Yusuf was no longer in their custody. They could not explain when or where he might have died or slipped their grasp.

Three weeks later, The Australian newspaper cited unnamed sources to report the government believed Yusuf might now be dead. The combination of the two updates convinced the family to abandon hope Yusuf was still alive. “We were shattered, absolutely shattered,” Hala says.

The funeral was held at a mosque in Sydney in July, but closure is elusive. They have simply no idea what happened to Yusuf. Did he die trying to surrender? Or of his wounds, or disease, in a prison hospital?

Most haunting is the possibility, in the absence of a body, that he has somehow survived, lost in a system that has become a black hole for hundreds of children.

The Guardian understands that the Australian government has established that Yusuf was able to surrender and survived at least into the weeks after the siege. But it has not been able to definitively provide the family with an account of what has happened since and is seeking clarification from the SDF.

Australia’s department of foreign affairs and trade says it is “seeking further information on [Yusuf’s] welfare”.

Yusuf is among at least 100 other children whose whereabouts are still unaccounted for after the IS siege, according to research by Fionnuala Ní Aoláin, a UN special rapporteur who has been examining the Kurdish prisons.

His extraction from Syria sometime in the past three years would have been “infinitely doable”, Ní Aoláin says. “I work with governments every day, who have brought back their nationals. The government of Australia simply refused to bring back this child.”

It is this conviction that burns Hala back in Sydney. That it was so needless. A matter of calculation. “They had ample opportunity to get [Yusuf] out,” she says. “And unfortunately, the only conclusion we could come to is – it was not a popular cause. Politically, it was not popular.”