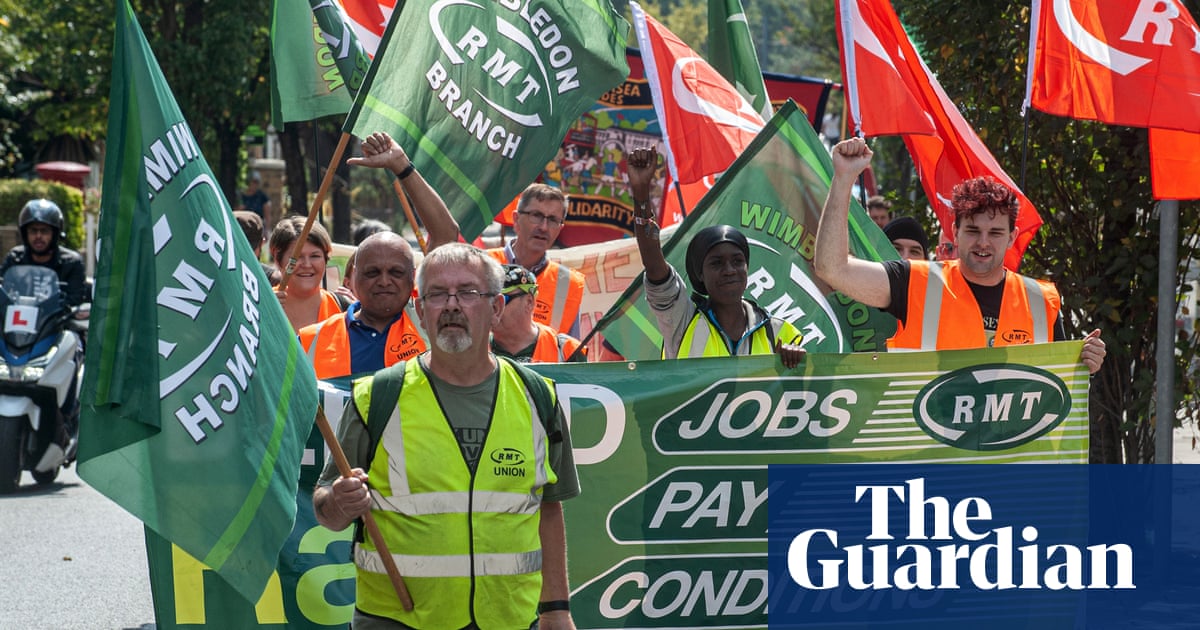 Rail union leaders have warned the long-running dispute over pay, jobs and working conditions will continue “for as long as it takes” with further strikes taking place in London on Friday and across the UK on Saturday.

Rail, Maritime and Transport union (RMT) members on London Underground and London Overground, and some bus drivers in the capital with Unite, will take industrial action on Friday.

The Unite bus strike will affect London United routes through west and south-west London and parts of Surrey.

In total, 57 routes will not be operating and there will be no night bus service on affected routes on Friday and Saturday.

Transport for London (TfL) urged people to avoid travelling on the tube and only travel if essential on the rest of the network on Friday and until 8am on Saturday.

Nationally, tens of thousands of members of the RMT, Transport Salaried Staffs Association (TSSA) and Unite walked out on Thursday, resulting in about one in five trains running, with some areas having no services all day.

It comes as Downing Street denied that ministers are deliberately seeking a political fight with rail unions after both sides toughened their language further.

“The priority is on making sure people who use public transport can get to work, school and hospital appointments without such disruption,” a No 10 source told the Guardian.

On Thursday Mick Lynch, general secretary of the RMT, wrote to the transport secretary Grant Shapps, stating: “Your government has made the decision to use taxpayer’s money to bail out private train companies from being liable for revenue lost because of industrial action on the condition the same companies comply with government instructions to hold down pay, cut thousands of safety critical rail jobs, introduce driver-only trains and close ticket offices across the network.”

Lynch said the union had calculated that, including the previous and forthcoming industrial action, more than £120m of taxpayers’ money had been used to “bail out” private train companies.

Manuel Cortes, TSSA general secretary, said: “We very much hope that common sense will now prevail, and the train operators will make a revised offer, as we have heard nothing from them since their derisory and insulting 2% pay offer with more strings attached than a violin quartet many weeks ago. If they do, we will engage in further discussions with them at once.

“But for this to happen, Grant Shapps must either come to the table or give train operators the mandate to negotiate and break this impasse.”

Labour MP Grahame Morris wrote on Twitter: “It is appalling we have a government in league with train operators who have drained public money out of our railways for years, and are more concerned with attacking workers and de-staffing our railway than making sure blind and disabled passengers have access to the network.”

A Department for Transport spokesperson said: “We urge union bosses to do the right thing by their members and let them have their say on Network Rail’s very fair deal, which will deliver the reforms our rail system urgently needs. It’s time to get off the picket lines and back around the negotiating table – the future of our railway depends on it.”

Andy Lord, TfL’s chief operating officer, said: “I would like to apologise to our customers for the strike action being carried out by RMT and Unite, which will have a significant impact on the city’s transport network.”