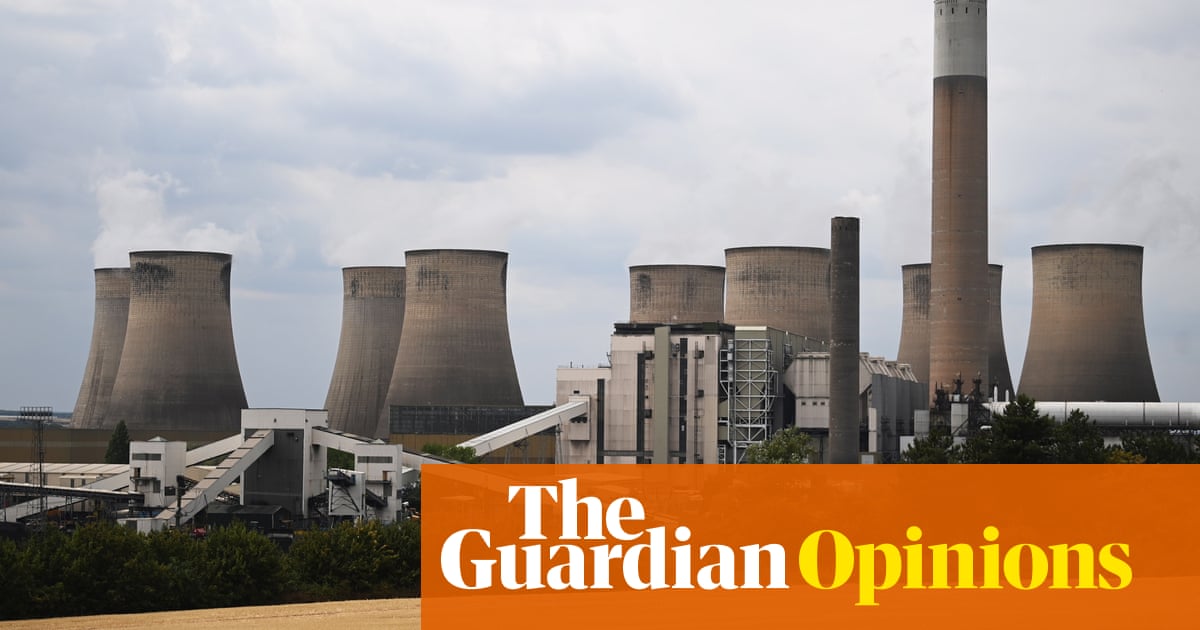 A freeze on the energy price cap now looks inevitable. The increase that Ofgem plans to announce on 26 August and the further increases later in the year should be abandoned by the energy regulator, whose functions have been overwhelmed by events. Ofgem cannot realistically set in motion a process that further fuels inflation, already running at 10%, and condemns millions to fuel poverty. The honourable resignation of Ofgem board member Christine Farnish will not be the last departure from an organisation that has lost its way.

The freeze is necessary but far from sufficient. We still rely on natural gas for about 40% of our daily energy consumption. The promised energy transition has barely begun. The price of the gas we import – about half of total consumption – will still be set on the world market, and is likely to keep rising, especially if Europe’s hot summer is followed by a cold winter. Further action is needed, from the government and the energy industry.

First, a support scheme must be put in place that protects the poorest people and those struggling on tight budgets. The welfare system can be used to protect those on benefits, but some further action, perhaps through rebates on the lower bands of council tax, may be the best way of helping those for whom current energy prices are creating hardship. Business rates can also be varied, as during Covid, to help those enterprises in greatest jeopardy. Energy retailers should be required to demonstrate they are supporting those in need, not least by ending the pernicious extra charges imposed for those using pre-payment meters.

Second, there must be a forensic examination of the accounts of companies across the energy sector. In each case, they must set out their costs and their profit margins if they are to regain public trust. There is, for instance, no reason why the producers of power from nuclear or renewable sources in the UK should be taking advantage of a price cap dominated by the wholesale price of natural gas. A close examination of the true economics of each company is likely to show that freezing the price cap will be cheaper than is currently imagined and expose exactly who should be targeted by any taxation of unjustifiable profits. Those who resist are in danger of losing their licence to operate.

The cycle of privatisation that began in the 1980s may be coming to an end. I worked for BP for nearly 30 years and I learned from hard experience during the tanker drivers’ dispute in 2000 that the continuity of energy supply is rightly regarded as a government responsibility. As with the financial sector in 2008, if the private energy sector fails to meet the needs of the society it serves, its functions must and will be taken on by the government. The companies involved now must show they understand that they must use their skills and resources in the public interest.

The third challenge beyond the freeze is to secure adequate physical supplies of gas. This is a matter for close cooperation between the government and the energy sector. Other European countries, led by Germany, have been actively seeking resources on the world market to replace the supplies no longer coming from Russia. The EU has created a single-buyer mechanism and individual countries are pursuing new deals with producers around the world, from Qatar and Algeria to the US. Spare resources are scarce because investment levels have been low and new supplies typically take three to five years to come onstream. The result is that a physical shortage of gas across the EU is highly likely this winter.

Germany and others are preparing for that risk with serious plans for rationing consumption. The UK, apparently considering itself immune to Europe’s problems, has done nothing and is not even matching the current voluntary measures being adopted across the EU to reduce consumption. Ministers seem not to realise that if countries such as France and Norway limit supplies to the UK this winter in order to meet their own needs, the shortages could be real and substantial. The urgent need is to secure a buffer of additional supplies and develop the long-neglected gas storage facilities that other countries take for granted. Securing and maintaining adequate supplies requires a public-private partnership with the common, overriding aim of maintaining energy security.

These steps would help mitigate the risks of the current situation. But they are still not enough to create genuine long-term energy security. Sustained investment is needed in all parts of the energy business – to improve the efficiency of the ways we use energy, to provide the infrastructure necessary for a serious low-carbon transition, and to regulate a complex hybrid sector that combines public policy and private capital. Loose, unsubstantiated and underfunded commitments to ever more ambitious headline targets achieve nothing. A regulator that licenses undercapitalised suppliers in order to promote “competition”, then watches them fail as soon as prices begin to rise is incompetent. Fatalism in the face of the inevitable volatility of a global market in which supplies are concentrated and vulnerable to being weaponised is pathetic.

The lesson of past experience is that systemic problems make the line between the public and private sector largely irrelevant. Solutions require a combined effort by pragmatic, realistic governments and companies conscious of their social responsibilities. As we lurch towards a new winter of discontent, the only hope is that the current crisis will drive us back to the substance and detail of a serious energy policy.