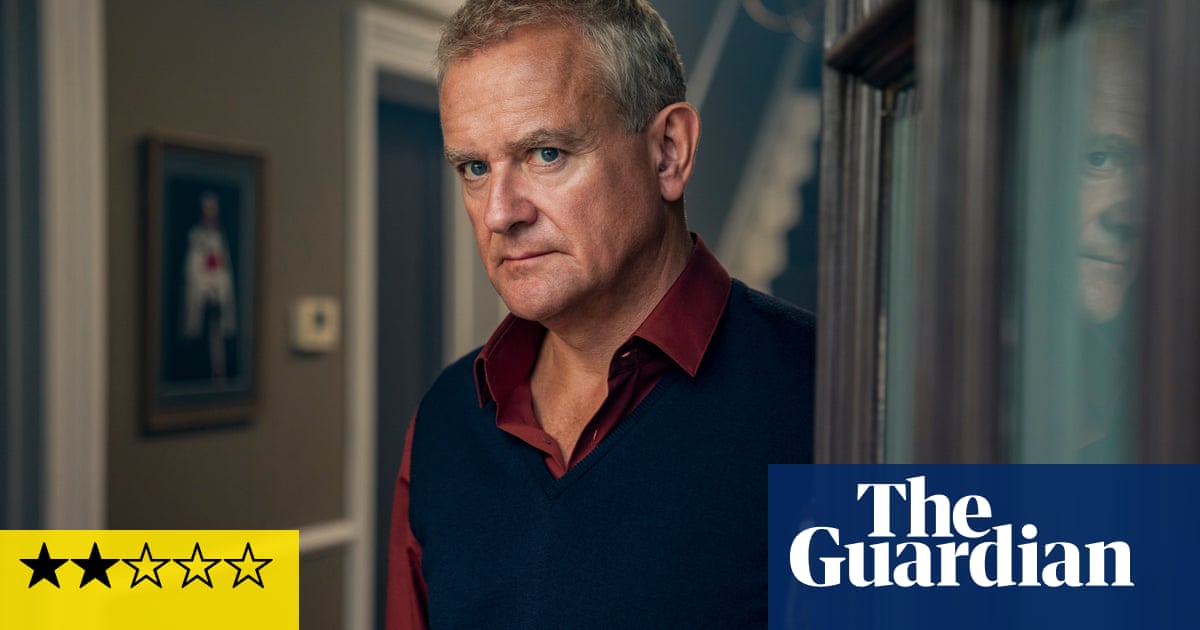 There’s a believably devious turn from Hugh Bonneville at the centre of new hit-and-miss Netflix thriller I Came By, a film that sadly has very little else believable in it. He plays well-heeled former judge Hector Blake, who finds himself locked in a class-based battle of wills when socially conscious graffiti artist Toby (George MacKay) uncovers something nasty in his basement. Toby and friend Jay (Percelle Ascott) have gained notoriety in London for breaking into the homes of the rich and leaving the tag “I Came By”, but when Toby delves further into Hector’s home, he discovers something he’s unable to ignore. He calls the police but Hector’s connections and wealth make him an impossible target, leading the two into war.

We’re in adjacent territory to other home-invaders-find-something-nasty thrillers such as The Collector, Don’t Breathe and most closely, Wes Craven’s The People Under the Stairs. But to the British-Iranian writer-director Babak Anvari’s credit, along with co-writer Namsi Khan, the film doesn’t play out exactly as we might expect given its forebears. The details are never particularly surprising, and it feels like a wallop of a twist short in the last act, but the structure and shifting protagonist upend expectations (even if the final shift borders on too many).

We start by spending time with MacKay’s middle-finger-to-the-system rebel – a rather awkward piece of miscasting that sinks a great portion of the first act. MacKay, so believable as a plummy soldier entering hell in the film 1917, is less convincing at the other end of the class spectrum, with an affected accent and persona so jarringly misjudged, I almost questioned if that was the point (a brief aside from another character about others having less than him and what he thinks he has, suggested maybe, but if so, it needed another beat to work). The 30-year-old actor is also not a believable 23-year-old, so the scenes of him sulking and railing against an ever-reliable Kelly Macdonald as his beleaguered mother (just 16 years his senior in real life), play a bit like sketch show exaggeration.

His performance looks even worse against a fantastically odious Bonneville, smoothly sinking into the dark side of his well-established upper-crust nice-guy persona, taking it all rather seriously, even as things get rather silly. It’s a monstrously outsized villain role, a cruel psychopath corrupted by the evils of extreme privilege, never not someone many of us can believe in full. But his character and performance are far more effective than the surrounding film (a monologue explaining his backstory is creepily well-acted even if the hows and whys are sadly lacking) and so the idea of him caught in a game of survival is more satisfying than the reality of it.

There are half-shaded attempts to position the story as a contemporary cautionary tale about what those upstairs get away with, and the film’s grim worldview is impressively unfettered, but the social commentary, if one could even call it that, is simplistic at best. It’s a suspense thriller first and foremost yet despite the setup, which involves much sneaking and hiding, it’s all strangely lacking in suspense: a mostly sluggish genre exercise in need of more vim. The price paid for the at times bracing character shifts is that we struggle to find someone to pull us through it all, no character other than Bonneville’s possessing enough heft or specificity.

Anvari, who impressed with his layered 2016 ghost story Under the Shadow, delivers a slightly more cohesive film than his last, the ungainly English-language debut Wounds – a moody and well-made yet poorly written horror about an evil phone – but still misses the target he so effortlessly hit with his first. The last few scenes in particular are bafflingly off-key, with an on-the-nose use of Everybody Wants to Rule the World by Tears for Fears leading the credits, at the end of a film that claims to have said something profound but leaves us struggling to hear what it might be. Bonneville’s performance will linger, the film not so much.