FREDERICK FORSTER is best known for rising to fame on Beat The Chef.

He has built his reputation as a chef, but how did he get there?

Who is Freddy Forster?

Freddy Forster managed to build his profile on Beat The Chef.

He works as a professional chef after discovering his love for cooking when he was just 15-years-old.

The chef started training at the Westminster Catering College before his career has taken him around the world.

What restaurants has Freddy worked in?

Freddy began his career working in The Savoy in London and three Michelin-starred Lyon restaurant Régis et Jacques Marcon back in 1993.

He then made his way back to the UK where he worked in some top restaurants such as Raymond Blanc’s Le Manoir aux Quat’Saisons.

Aged just 25 Freddy went on to win the prestigious Roux Scholarship which helps aspiring cooks gain experience in some of the world’s best kitchens.

His prize was to cook at the three Michelin-starred Pierre Gagnaire restaurant in Paris. 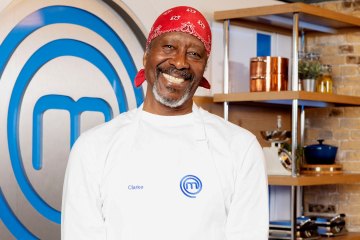 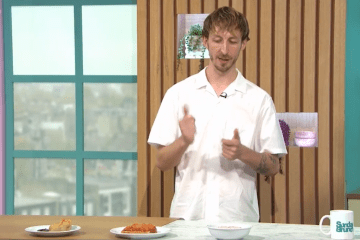 Freddy has also won several other cooking prizes such as the Craft Guild National Chef of the Year Award in 2011.

As well as being awarded a Master award in 2013 by The Royal Academy of Culinary Arts.

What TV shows has he appeared on?

After appearing on Beat The Chef, Freddy has gone on to build up quite a TV career.

He has made appearances on Steph’s Packed Lunch as well as Saturday Kitchen.

The chef went on Celebrity MasterChef to set a challenge for the contestants to create one of his dishes.

After taking on multiple head chef positions around the world, most recently Freddy has led the team at The Don in central London.

Is Freddy married and does he have children?

It seems that Freddy is in a long term relationship but it hasn’t been confirmed whether the pair are married or not.

He often talks about his sons being his inspiration, with his Twitter bio reading: “Outside of the cookery world I love basketball, Muay Thai and my sons, Taiga and Tristan.”