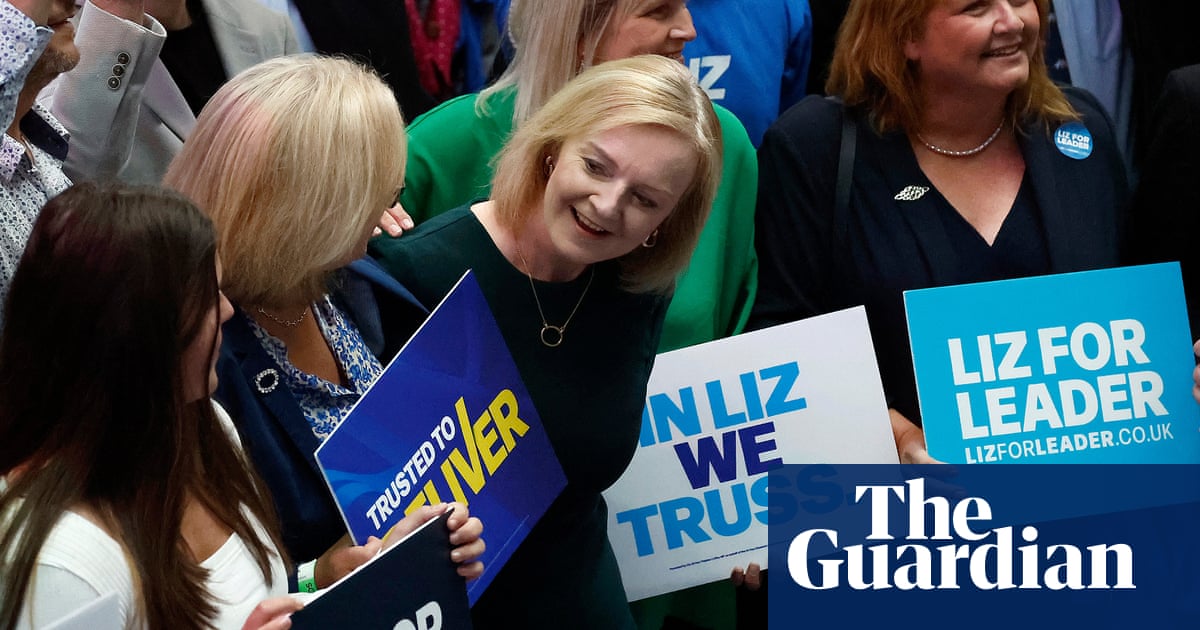 Future Tory leadership contests should be run faster, a cabinet minister has said, saying they would have been “happy if this whole process was over more quickly”.

James Cleverly, a backer of the frontrunner, Liz Truss, said it would be right if the two-month process was curtailed in future.

It came as a poll showed Truss held a 32-point lead over Rishi Sunak in the final weeks of the contest.

The poll found 38% said they had yet to cast their ballots but intended to do so – though the majority said they would vote for Truss.

The YouGov poll with Sky News found the foreign secretary had 66% of members backing her and 34% backing Sunak, excluding don’t knows.

Asked by LBC if it was appropriate to hold weeks of leadership election hustings while the cost of living crisis continued, Cleverly said: “This is the system that is in place. I do think it is legitimate to look at reviewing that.

“That is an internal party process rather than a government process, but as I say, government does continue, ministers are still working.”

Cleverly said ministers continued to work under Boris Johnson’s government, despite the prime minister taking multiple holidays, but added: “I would have been happy if this whole process was over more quickly.

“One of the people contending for this is a backbencher [Sunak] not involved in government at all any more; Liz is the foreign secretary and I know that she is still active in the foreign affairs side of things as well. But yes, of course we would like to see this wrapped up quickly, but we are still working nonetheless.”

Following news that the government’s preferred measure of the cost of living rose by 10.1% in the year to July, the Institute for Fiscal Studies said higher inflation would mean extra spending on welfare benefits, state pensions and debt interest.

The result of inflation being five times higher than a year earlier would be weaker public finances, making it harder for Truss or Sunak to make good on their tax pledges, the IFS said.

Truss has said she would reverse the increase in national insurance contributions and not go ahead with the planned rise in corporation tax next year – with her package estimated to cost £30bn. Sunak has said he would cut taxes but only when inflation is under control.

Sunak’s campaign said the IFS analysis “drives a coach and horses” through his rival’s proposals, and that he had “consistently made the case that permanent, unfunded tax cuts would cause significant damage to the public finances and push inflation up higher”.