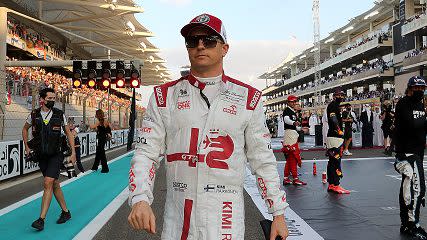 On a weekend in which the NASCAR Cup Series playoff picture remains unsettled, there will be a second focus at Watkins Glen International. And “international” is the appropriate word.

For the first time in Cup history, seven countries will be represented on the starting grid. The biggest name is former Formula 1 champion Kimi Raikkonen, a native of Finland who now lives in Switzerland. Raikkonen will be making his Cup debut, and it will be a rather splashy one. He will drive a Trackhouse Racing Chevrolet as the first driver in team owner Justin Marks‘ program — named Project 91 — designed to provide quality cars for prominent international drivers in the Cup Series.

Kevin Harvick, winner of last Sunday’s race at Richmond Raceway, will be searching for a third straight victory at the Glen. He hasn’t won there since 2006, but he has three consecutive top-10 finishes at the track.

Sunday’s race (3 p.m. ET) will be televised by the USA Network.

Here’s a look at this weekend’s schedule:

Sunday: Partly to mostly cloudy. Scattered showers and thunderstorms in the afternoon. 40% chance of rain. High of 85.