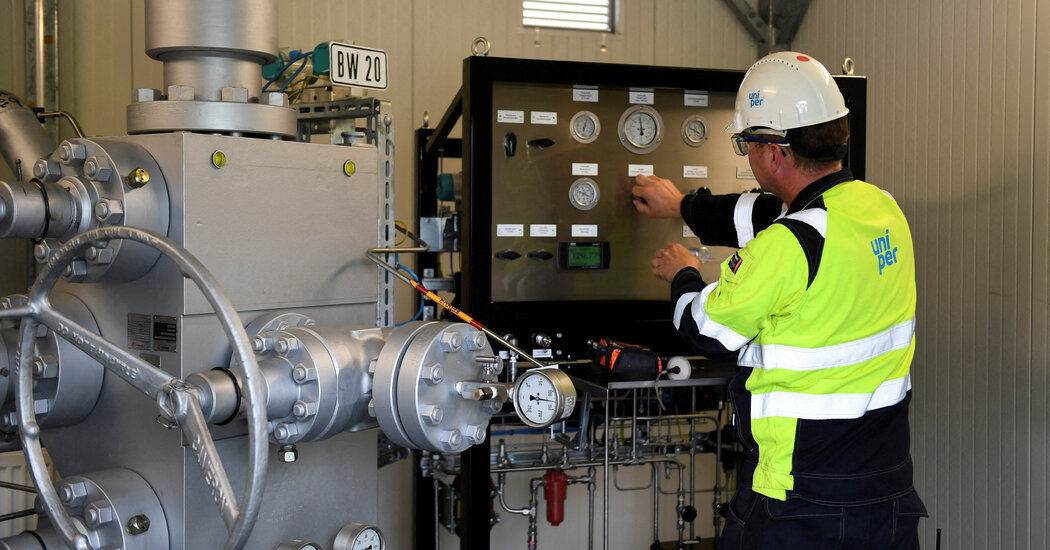 Uniper, Germany’s largest importer of natural gas, reported on Wednesday a loss of more than 12 billion euros (or $12.2 billion) for the first half of the year as the company coped with dwindling supplies of natural gas provided by Russia.

Uniper said the losses were a direct result of having to pay inflated prices for gas on the open market in order to make up for the Russian shortfall.

The German government agreed last month to take an approximately 30 percent stake in Uniper, which supplies power to hundreds of municipalities and businesses in Germany. The bailout, which Uniper expects shareholders to approve this fall, came after the government passed a law that would allow it to intervene to save companies deemed essential to the country’s energy supply.

“Uniper has, for months, been playing a crucial role in stabilizing Germany’s gas supply, at the cost of billions in losses resulting from the sharp drop in gas deliveries from Russia,” Klaus-Dieter Maubach, the chief executive, said.

Uniper has contracts for most of its gas with Russia’s state-owned energy monopoly, Gazprom. Germany’s economy minister, Robert Habeck, had warned that allowing the company to go under would create chaos in Europe’s energy market, capable of triggering a wider collapse of the system.

Germany has not yet allowed energy suppliers to pass on the higher prices of natural gas to customers, leaving the companies sitting on the losses. But the government recently agreed to collect a surcharge on household electric bills that will be distributed among energy suppliers in an effort to spread the pain among citizens and suppliers.

Uniper also reported a loss of €2.7 billion related to its investment in the Nord Stream 2 pipeline, which Uniper had backed but was scrapped by the German government in February, days before Russia marched into Ukraine.

The company has already drawn on just more than half of a €9 billion credit line from the government to help it purchase fuel from new suppliers.

The company said it expected losses to continue through the remainder of the year and did not issue a forecast for 2022.

Uniper is racing to build the infrastructure for what would be Germany’s first floating L.N.G. terminal. It hopes to begin receiving gas through the facility, in the North Sea port of Wilhelmshaven, before winter’s end.

Germany is seeking more sources of natural gas as Russia slowly chokes the amount of fuel it provides to Europe’s largest economy, a punishment for opposing Moscow’s invasion of Ukraine. Last month Russia slashed gas deliveries to Germany and other European countries via the Nord Stream 1 pipeline to 20 percent of the prewar capacity, and has threatened to further restrict flows.

Germany has been purchasing gas and importing it through L.N.G. terminals in neighboring countries to stock up its reserves before winter. Over the weekend, the country hit its first target of reaching 75 percent capacity by Oct. 1. It is aiming to have storage facilities 95 percent full by the start of November.

But building up reserves is only part of the solution, and government officials have said citizens and industries will need to reduce the amount of gas they use if they want to get through the winter without facing rationing. The European Union has called on its member states to cut their gas usage by 15 percent, while Germany — the European country most heavily reliant on gas from Russia — is aiming to cut back by 20 percent.