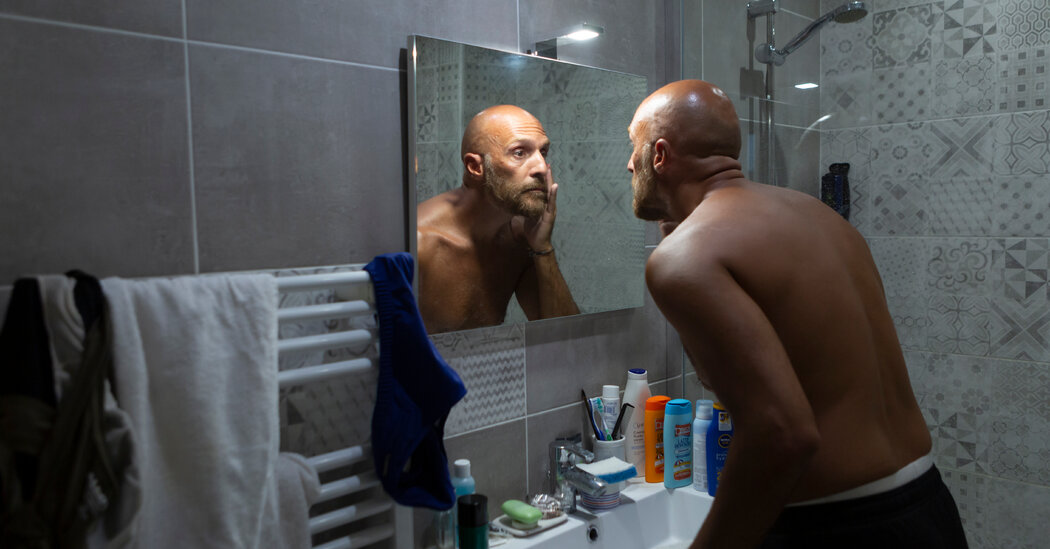 BRUSSELS — Flavio Stupino, a bank worker in Milan, had taken the same train many times before — for a vacation, to visit a friend or a lover on the French Côte d’Azur. This time, though, he was crossing the border with a different aim: to get a monkeypox vaccine.

For nearly two months, he had anxiously scrutinized his skin for any sign of infection. He had stopped visiting gay clubs and saunas, and refrained from casual sexual encounters. Then Mr. Stupino heard that France was offering vaccinations, while Italy still didn’t.

In Europe, the global monkeypox hot spot, the latest outbreak has disturbing echoes of the last one, when stocks of protective gear, coronavirus tests and Covid-19 vaccine were, at first, inadequate, hampered by production bottlenecks, and distributed at uneven speeds.

Once again, some nations are much better equipped than others. And despite a strengthened mechanism for common purchases, they are now competing against one another and against the European Union for limited vaccine supplies, and “vaccine tourism” — crossing borders in search of shots — has returned.

Until the delivery last week of about 7,000 doses supplied by Brussels, Spain, the epicenter of the European monkeypox outbreak, had access to only about 5,000, leaving many vulnerable people still waiting. France, with fewer than half as many confirmed cases, had already vaccinated 27,000 people.

The European Union set out to prevent a repeat of the Covid debacle, and last year created a new health emergency agency that was supposed to act decisively and put all 27 member countries on an equal footing. But experts say the new agency does not have the full powers envisioned for it, in part because individual countries have been unwilling to cede authority in the politically sensitive area of public health.

In 2020, while Covid vaccines were still in development, the pandemic was already an enormous health and economic crisis, and it was clear that Europe would need billions of doses. Yet the European Commission, the E.U. executive branch, was slower than United States or Britain to buy and distribute vaccines, drawing bitter criticism.

When monkeypox first began to spread in Europe in May, the situation was, in many ways, very different: There was no prospect of a wave of fatalities, the disease was not widespread, the containment strategy called for inoculating only certain at-risk people, and vaccines already existed.

What is monkeypox? Monkeypox is a virus similar to smallpox, but symptoms are less severe. It was discovered in 1958, after outbreaks occurred in monkeys kept for research. The virus was primarily found in parts of Central and West Africa, but recently it has spread to dozens of countries and infected tens of thousands of people, overwhelmingly men who have sex with men.

How does it spread? The monkeypox virus can spread from person to person through close physical contact with infectious lesions or pustules, by touching items — like clothing or bedding — that previously touched the rash, or via the respiratory droplets produced by coughing or sneezing. Monkeypox can also be transmitted from mother to fetus via the placenta or through close contact during and after birth.

I fear I might have monkeypox. What should I do? There is no way to test for monkeypox if you have only flulike symptoms. But if you start to notice red lesions, you should contact an urgent care center or your primary care physician, who can order a monkeypox test. Isolate at home as soon as you develop symptoms, and wear high-quality masks if you must come in contact with others for medical care.

I live in New York. Can I get the vaccine? Adult men who have sex with men and who have had multiple sexual partners in the past 14 days are eligible for a vaccine in New York City, as well as close contacts of infected people. Eligible people who have conditions that weaken the immune system or who have a history of dermatitis or eczema are also strongly encouraged to get vaccinated. People can book an appointment through this website.

Determined not to repeat Covid missteps, the new European agency ordered 110,000 vaccine doses with E.U. funds in early June. At that point, only 299 cases had been reported in the European Union, officials said, and the commission said in a statement that the purchase was sufficient “to cover the most immediate, short-term needs of member states.”

It wasn’t. National health authorities had underestimated how fast the virus would spread, particularly among men who have sex with men. More than 30,000 people have been infected worldwide, and millions are considered at risk.

In addition, only one vaccine is approved in Europe for monkeypox prevention, manufactured by one fairly small pharmaceutical company, Bavarian Nordic, which faces production limitations and has competing orders. About 58,000 doses of the initial E.U. order two months ago have so far been delivered, with the rest expected by the end of August.

Vaccines for smallpox, once a leading killer, are also effective against monkeypox, and inoculation was near universal until the 1970s. But routine vaccination stopped when smallpox was eradicated, and older types of vaccine carry some risks that regulators consider acceptable only when trying to prevent a disease as deadly as smallpox.

European regulators have only approved Bavarian Nordic’s shot — known as Imvanex in Europe, Imvamune in Canada and Jynneos in the United States — as safe enough for monkeypox prevention; two doses are required to be fully vaccinated. That “third generation” vaccine is also approved in the United States, where regulators also recently gave permission to use a second-generation smallpox shot, ACAM2000, for monkeypox.

Individual countries and the World Health Organization have kept stores of smallpox vaccines in case the disease ever returns, but they vary enormously. Some national stockpiles are large enough to vaccinate every resident, while others are far short of that.

Some countries, like the Netherlands, France and the United States, had significant supplies of Bavarian Nordic’s vaccine in their stores before monkeypox struck. Others, like Italy and Spain, did not.

Within weeks of the initial E.U. order, it became clear that it wasn’t enough, and Brussels increased its purchase to 160,000 doses, the maximum under its emergency procedure — which was still inadequate. As cases mounted, the new European agency entered negotiations — still underway — for a new contract, but by then it was competing with many countries, including E.U. members, trying to buy on their own.

The vaccine produced by Bavarian Nordic “is the only one available on the market, is produced by only one company, with limited manufacturing capacity and pre-existing contractual obligations,” the commission said in a statement.

“This is an illustration of the problem with health policy at the E.U. level,” said Elizabeth Kuiper, associate director of the Brussels-based European Policy Centre.

“In a crisis, a lot of promises are made,” she added, but then countries reverted to their tendency to look out for themselves, rather than share power and resources.

Spain has reported more than 5,000 monkeypox cases, by far the most in Europe, and has depended almost entirely on the E.U. mechanism for vaccines, receiving about 15,000 doses so far.

Nahum Cabrera, the H.I.V. coordinator for Spain’s federation of L.G.B.T. associations, said that available vaccination spots were always filled in a matter of minutes, and the vast majority of the most vulnerable communities had been left out.

“We are relying on Europe and this worries us,” he said. “Because Europe is going very slowly.”

The German government ordered 240,000 doses directly from Bavarian Nordic — more than the European Commission has for the continent — of which 40,000 have been delivered. In addition, it has received 5,300 through the commission. Belgium ordered 30,000 doses on its own, but so far has received only 3,040 doses from the E.U. order.

The French Health Ministry said it had both dipped into its vaccine stockpile and made a direct order from Bavarian Nordic, which it declined to describe in detail. Dr. Giovanni Rezza, who is in charge of prevention at Italy’s Health Ministry, said his country had been in talks with the company, but with no conclusion so far.

Jean-Michel Dogné, a professor at the University of Namur in Belgium and adviser to the European Medicines Agency and the World Health Organization, said that direct deals might be useful for countries that were hit hardest, but that they carried risks.

“There is no merit in having competition in between member states at the E.U. level,” he said. “The first aim is really to work together to avoid this.”

Anniek de Ruijter, a professor of health law and policy at the University of Amsterdam, said that using the E.U. budget to purchase vaccines and distribute them across the bloc was a groundbreaking move.

“It’s a big step,” she said. “For the longest time, there was no solidarity in the area of health in the E.U.”

But that solidarity was partial and fragile, she added, with national authorities resistant to relinquishing control.

“Health is such a sensitive issue,” she said. “It’s something that can win you elections.”

With limited doses in hand, Belgium has restricted vaccination to those identified as most vulnerable, leaving many gay men unable to get the shot yet. Community organizations have stepped into the vacuum, sharing guidance and contacts, and even organizing car shares to France, where shots are available.

Camilo Serrano, a 30-year-old Colombian who works as a French teacher in Brussels, initially tried to get the vaccine in Belgium, but was told that he was not eligible. Then he learned that a clinic in Lille, a French city just across the border, was hosting an open day for vaccinations without an appointment. Mr. Serrano rushed to book a train ticket.

He said he feared the pain caused by the disease. “But there is also the stigma,” he added. “If you get it, how do you explain it to your boss? It does not necessarily mean that you are having sex with everyone.”

One Saturday this month, over 400 Belgian residents got vaccinations in the Lille clinic according to Exaequo, a Belgian L.G.B.T. rights group that helped organize car shares to France.

After getting inoculated, Mr. Serrano described feeling relief — and then guilt. The situation was unfair, he said, for people who couldn’t go that day, like his boyfriend, or for those who could not afford the trip.

“It shouldn’t be this way,” he said. “We felt abandoned in Belgium.”