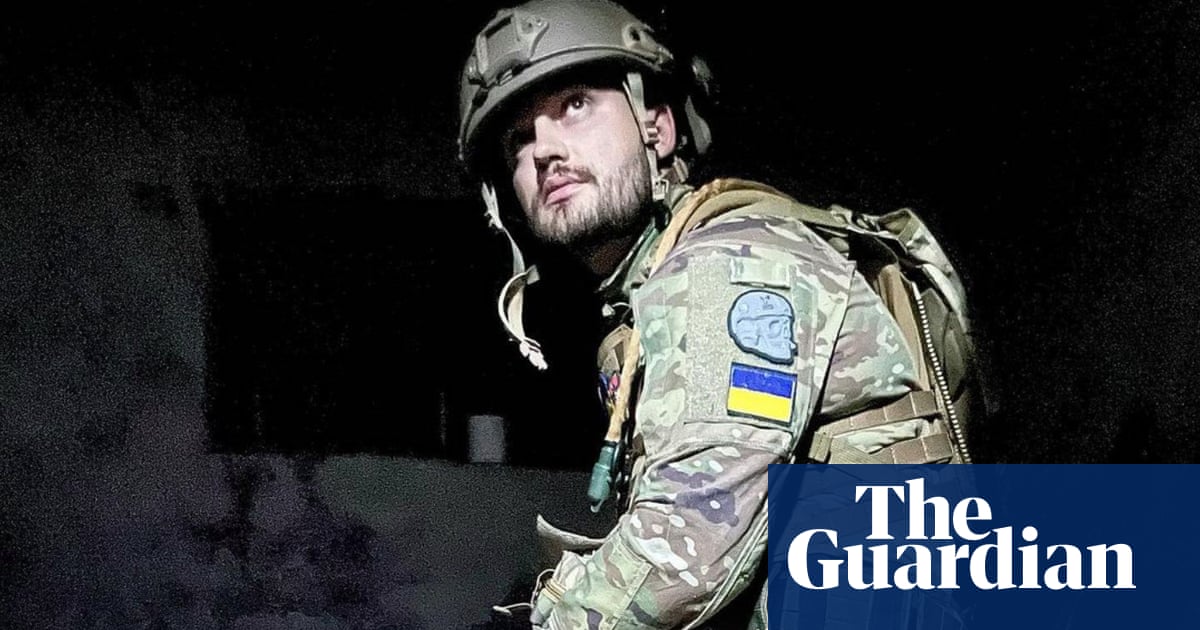 Like many of those going to the European athletics championships in Munich this week Yevhen Pronin recently posted a video of himself on Instagram. But the clip had a surreal twist: the 31-year-old, acting president of Ukraine’s athletics federation, was wearing military fatigues. And he was running not for time but from bullets and explosions in Donetsk.

There will be plenty of stories from these championships over the next week, with Britain hoping for a glut of medals from Dina Asher-Smith, Laura Muir, Jake Wightman and others. However, none will be as remarkable as the one told by Pronin. Six months ago he was a lawyer and sports official. Now he has earned such a reputation for flying drones that he has a bounty on his head.

“We drop bombs not just on Russian tanks but Russian cars and on houses where they are situated,” he says. “We have drones with some small bombs, maybe 300 grams, for example. It’s impossible to crush a tank. You can only kill soldiers. But some of the bombs have great power.”

He points to one of his videos. “I show you this – two Russian soldiers here, so I drop the bomb here, like a basketball as you see. The machine moves here and crushes them, so they died.”

When Pronin is asked how he feels about this, he is unequivocal. “I feel great because I am doing this for my country. If we do not kill them, they can kill our children, they can kill us. But of course I’m not a killer in real life.”

Like many Ukrainians, Pronin signed up for the army immediately after the invasion, amid fears his country could be overrun in days. “Emotionally I’m in a stable place. But February 25 I was in a bad situation. The Russians were 10 minutes from my home and I remember my girlfriend crying. And then I opened [Volodymyr] Zelenskiy’s Instagram and he said: ‘Don’t give me a ride, give me weapons’. And I was shocked. And I think every Ukrainian decided then that we would start fighting.” Before the war, he had flown drones for fun, so he asked his military leader whether he could use those skills in war. He was quickly given a harsh induction into the brutal realities of war as Russian soldiers closed in on Kyiv.

Sometimes, he says, he was just 100m or 200m away from his enemies. “I had no experience before but I knew that war could start. So I was ready for that, mentally and emotionally. A lot of drone operators are young people because they have experience in video games,” he adds. “But, you know, war is different. The Russian artillery can kill you in one second.”

It is, he admits, a far cry from his former life with his 30‑year‑old fiancée, Ramina Eshakzai – a well‑known TV star, fashion model and journalist. She is now abroad, while Pronin has been given special permission to leave Donetsk to make the drive to Munich, where he will watch the small Ukrainian team – which includes the world high jump silver medallist Yaroslava Mahuchikh – compete.

But inevitably his thoughts drift back towards his home country, where he is in a unit known as the Tactical Busters. He will not confirm his number of kills, as it is confidential. However he adds: “We work every day on the front line. We all do reconnaissance, we know how many Russian soldiers are in the same position, how many tanks or cars. After that, we do the papers for the Minister of Defence. Of course, it’s a lot. A lot of tanks, a lot of cars, a lot of Russians.”

Some of his work is later posted on his Instagram account, which he hopes will keep awareness for his country’s struggles high. “Yes, it’s propaganda. Most Ukrainian soldiers do it now. It’s a new war, a new type of war. Everybody records. Everybody does videos. We are careful not to reveal our position. But the Russians can understand it is us.

“One month ago our security services sent me a recording of a dialogue of the Russians and they spoke about us, our group. They said something like ‘fucking drone team’. And they say to their soldiers if they can catch one of our group alive, they either give them some money or some days off.”

While Pronin has warm words for many of his fellow Ukrainians, and especially his president, Zelenskiy, and Kyiv mayor, Vitali Klitschko, he cannot hide his disappointment with his fellow countryman Sergey Bubka who, he says, did not even link up with Ukraine’s athletes in Eugene. “I respect him as a great sportsman but I don’t as the president of the National Olympic Committee or the vice-president of World Athletics. When the war started, he said it was ‘trouble’. It’s not trouble, it’s war.”

However, Pronin is hugely grateful for the support of the World Athletics president, Seb Coe, and the leaders of 20 other athletics federations who called him to promise help. “Coe called me on FaceTime and was shocked as I was in military uniform. They all asked how they could help me. We relocated all of our sports stars and many children, too.”

Towards the end of the conversation Pronin is told he has an amazing story. “Why?” he responds. “It’s normal.” But not, he hopes, for too much longer.