MORE than 20,000 ­people have crossed the Channel in small boats to Britain this year.

A further 607 migrants made the perilous journey in 14 boats on Saturday.

It means the UK is on track for a third record-breaking year in a row of crossing numbers.

This time last year, only around half the current total had been recorded — 11,300.

Border Force Union boss Lucy Moreton predicts there could be 60,000 crossings this year. 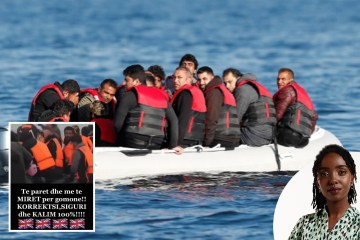 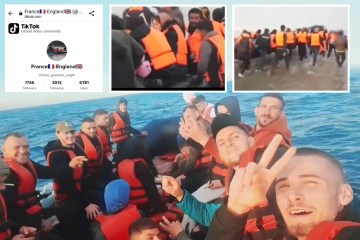 Dover MP Natalie Elphicke said: “There’s no doubt this year is going to see another record breaker for small boat crossings. Rightly, people are fed up with the brazen criminality of the Channel crossings and immense expense to the British taxpayer.”

Home Secretary Priti Patel is still in talks with France over a fresh multi-million pound deal — including cash for drones and patrols on French beaches.

A plan to send migrants to Rwanda to deter others has been halted by legal challenges.

Both Tory leadership candidates have left the door open to leaving the European Convention on Human Rights to control our borders if they reach No 10.

The Home Office said working with the French had thwarted 13,500 attempted crossings — a 60 per cent increase on last year, with 500 arrests.

The Government said: “Our new Nationality and Borders Act is breaking the criminal gangs’ crossings business model with tougher sentences.”